From regional turboprops to twin-aisle jetliners, China is developing a domestic alternative for every type of passenger plane 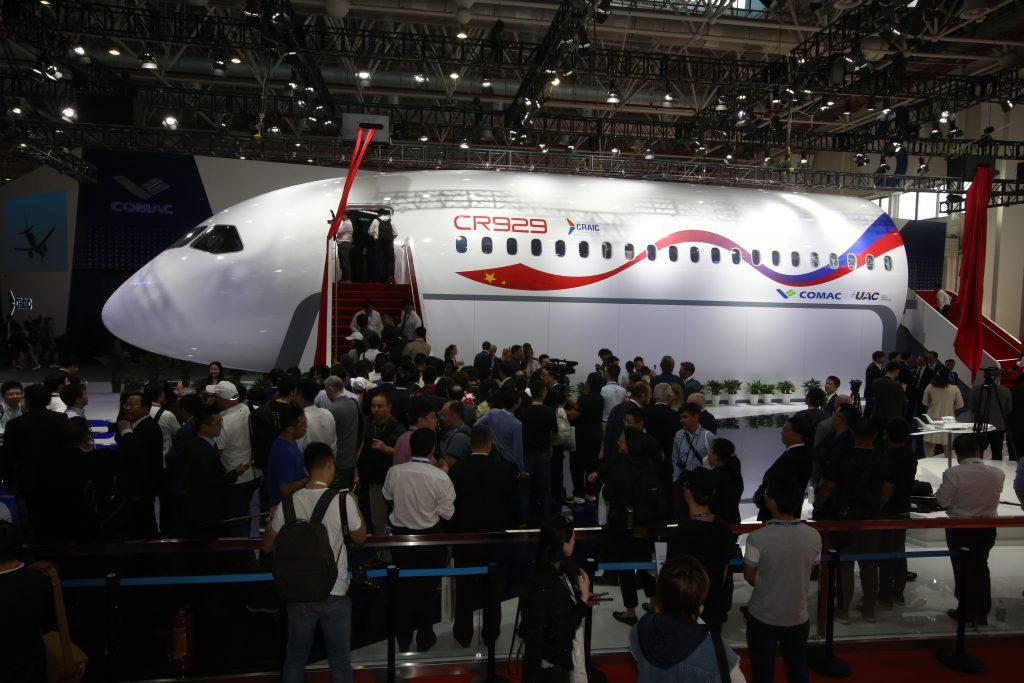 China has committed to developing two trunk airliner models and two regional airplane models, respectively the C919 narrow-body and the CR929 wide-body jetliners [this one together with Russia], as well as the ARJ21 regional jet and MA60 series turboprop aircraft.

China’s C919 large passenger airplane will enter into a new phase of intensive test flights in the second half of this year, according to the Commercial Aircraft Corporation of China (COMAC).

The twin-engine C919 is China’s first homegrown trunk jetliner. With the project started in 2008, the C919 airplane conducted a successful maiden flight on May 5, 2017.

The COMAC has received 815 orders for the C919 planes from 28 customers worldwide. The C919 is expected to get the airworthiness certificate from the country’s civil aviation authorities in 2021, according to the developer.

The ARJ21, China’s first domestically-developed regional aircraft, is already on its way to commercial operation at scale. And the Chinese operators are targeting to build regional airline networks with the model.

With the ARJ21 planes, Genghis Khan Airlines is gearing up to build a regional airline network with 60 air routes to 40 destinations.

Developed by the COMAC, the ARJ21 is designed with 78 to 90 seats and has a range of 3,700 km. It is capable of flying in alpine and plateau regions and can adapt to various airport conditions.

The first ARJ21 jetliner was delivered to Chengdu Airlines in 2015. To date, the airline has used the ARJ21 airplanes on more than 20 air routes and transported more than 450,000 passengers.

China-developed MA700 turboprop regional aircraft is expected to be put into market in 2021, according to its developer Aviation Industry Corporation of China (AVIC).

The MA700 project is in the trial production and test phase. And the first MA700 is scheduled to roll off the production line this September and the maiden flight is expected to take place within the year, the AVIC said.

Large parts delivery of the plane’s fuselage middle section and nose section have been delivered in May.

The MA700, an upgraded version with high speed and high adaptability, is the third member of China’s MA60 “Modern Ark” regional airplane family following the MA60 and MA600.

It is designed with a maximum speed of 637 kph and a single-engine ceiling of 5,400 meters. It is designed for airports with high temperatures, high altitudes and short runway conditions.

To date, it has received 285 intended orders from 11 customers at home and abroad, said AVIC.

China is now the world’s second-largest civil aviation market. The International Air Transport Association forecast that China is expected to become the world’s largest by the mid-2020s.

As of June, China had a total of 3,722 civil aircraft, based on the latest statistics released by the Civil Aviation Administration of China.