"We are very concerned about the financial markets, particularly the bursting of a foreign financial asset bubble" 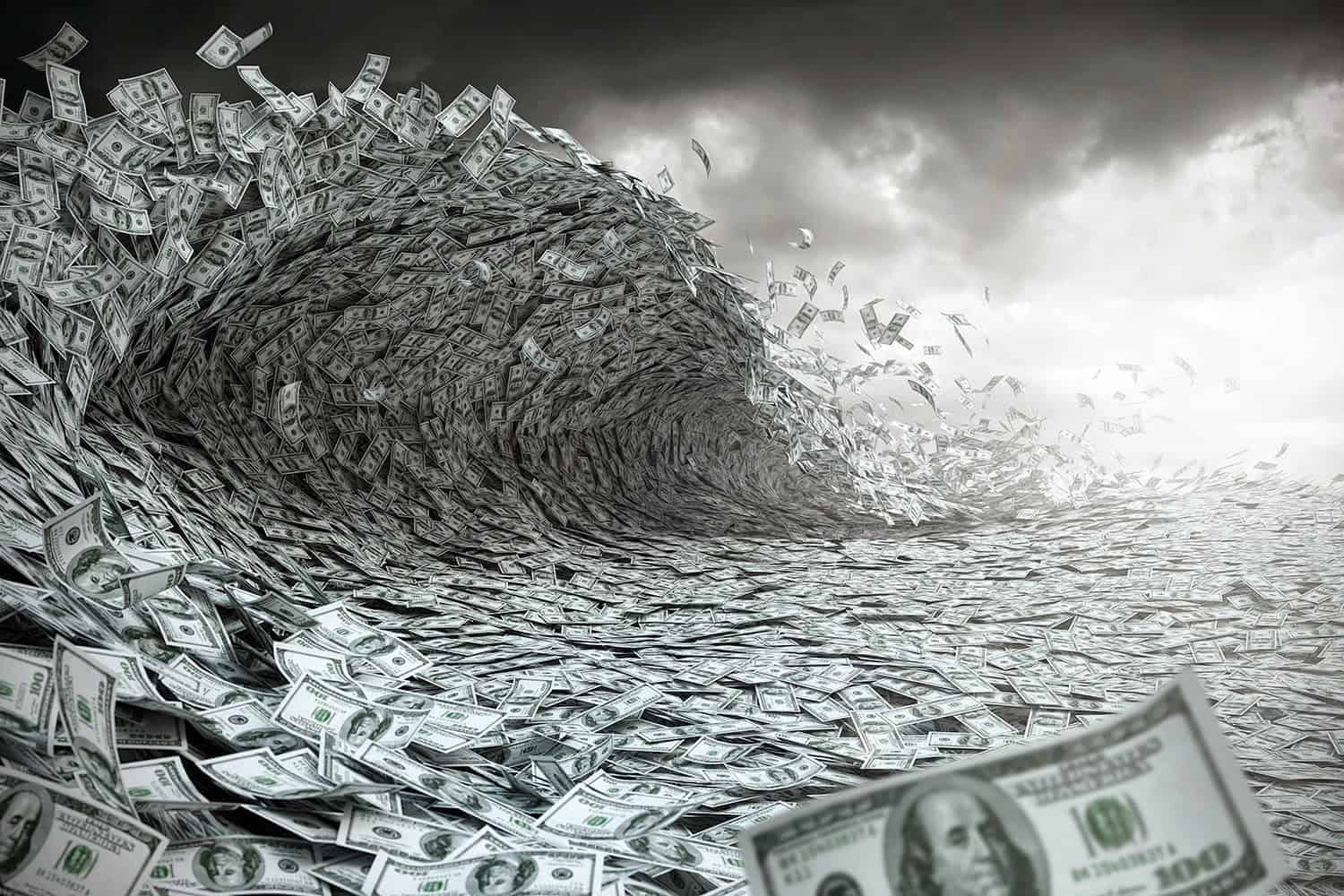 US President Joe Biden’s US$1.9 trillion coronavirus rescue plan has raised the alert level in China, with government officials and advisers openly expressing fear that the massive injection of money into the global market could inflate asset bubbles, cause further financial market turmoil and lead to higher inflation.

The American Rescue Plan, which includes US$1,400 direct payments for middle-class Americans, an extension of unemployment benefits, funding for state and local governments hit hard by the coronavirus pandemic as well as money to fund the roll out of vaccines, received final approval from the US Congress on Wednesday.

And Biden signed it into legislation on Thursday, giving a strong boost to the US economy but also raising concerns that growth could overheat and force the US Federal Reserve to raise interest rates sooner than previously expected.

Huang Qifan, former Chongqing mayor and an outspoken government adviser, described the plan as a “fierce flood and savage beast”, warning it posed a huge challenge to the rest of the world, especially China.

“The United States has released an cumulative US$7 trillion of liquidity through (the issuance of) Treasury securities and unlimited quantitative easing (by the Federal Reserve) to save its economy.

“The newly launched US$1.9 trillion rescue plan will largely be funded with a new round of money printing. It will inevitably result in massive liquidity and inflation,” Huang told a forum in Beijing on Monday.

US critics of the legislation argue that it will pour petrol on an economic recovery already showing signs of burning more brightly, risking a resurgence in inflation.

Most members of Beijing’s policymaking circle side with the critics, and have been on high alert for the possible spillover effects since the plan was unveiled in January.

But US Federal Reserve chairman Jay Powell and US Treasury Secretary Janet Yellen have dismissed the concerns, arguing that it will take years for the US economy and its job market to fully recover from the economic damage caused by the coronavirus.

Chinese Officials are worried that the additional liquidity added to global markets, on top of already abundant funding, could produce asset bubbles that would threaten global financial stability, including in China.

Criticism of the plan has become sharper in recent days given the recent sharp drop in Chinese stock prices and rise in factory gate inflation due to higher raw materials prices.

The high level of US government debt, which stood at US$27.8 trillion at the end of 2020 and a federal government budget deficit estimated at US$3.1 trillion, could endanger the value of the US dollar and cause financial market turmoil, bringing “systemic risks” to the global economy, Huang warned.

“The signs are already evident in the recent volatility of US stocks and bonds, as well as that of commodities prices,” he added.

China is the US government’s second biggest creditor after Japan, holding US$1.07 trillion worth of US Treasury securities at the end of last year.

Chinese internet users also weighed in on the US plan, complaining that the whole world is paying the price for US money printing, citing in particular the near 8 per cent fall in the benchmark Shanghai composite stock index in the past three weeks, which has wiped out several trillion yuan of market value.

On the other hand, a stronger American economy is likely to increase demand for Chinese exports in the near term. Total Chinese exports rose 60.6 per cent to US$468.9 billion in combined figures for January and February compared to a year earlier, when the impact of the coronavirus was beginning to show, while shipment to the US rose 87.3 per cent to US$80.5 billion.

China International Capital Corporation, a leading investment bank, responded to the rescue plan by raising its US gross domestic product growth forecast for 2021 by a full percentage point to 6.2 per cent.

At the same time, it warned the Biden administration’s shift to a more aggressive fiscal policy could lead to economic overheating and a rise in inflation.

Chinese financial regulators have openly worried for months about the impact of Biden’s plan on capital inflows and domestic financial markets.

Guo Shuqing, who oversees more than 300 trillion yuan (US$46 trillion) in banking assets as chairman of the China Banking and Insurance Regulatory Commission, cautioned last week about the “side effects” of the plan, and warned that a giant US market bubble could be forming.

“We are very concerned about the financial markets, particularly the bursting of a foreign financial asset bubble,” he said.

The sharp rise in the yield on the 10-year US Treasury bonds, a global benchmark, to 1.5 per cent last week for the first time in a year, from 1.15 per cent a month earlier, “is guiding market expectation of further rate rises”, he said.

However, Yeung noted that Beijing can increase the flexibility of the yuan exchange rate to offset any shocks and that a capital exodus is unlikely given Beijing’s strict controls on capital flows into and out of the country.

The yuan exchange rate has weakened 0.6 per cent against the US dollar in the past week, after massive capital inflows had lifted the exchange rate to a nearly three-year high. As of the end of February, foreign investors held 2.06 trillion yuan (US$316 billion) of Chinese government bonds, a record high.

Shen Jianguang, chief economist of JD Technology, said the US monetisation of its budget deficit was under way and would present a huge challenge to China’s monetary policymakers.

“From a long-term perspective, a consistent depreciation of the US dollar would threaten (China’s) foreign exchange reserves. So it is necessary to firmly push forward yuan internationalisation,” he said.