China aims to again take the lead in the new global race to make bullet trains travel even faster. By harnessing the power of magnetic levitation, it is believed trains will be able to accelerate from the current 350km/h on conventional tracks to between 600 and 1,000km/h.

Changjiang Daily, the official mouthpiece of Wuhan, capital city of Hubei, reported at the end of last month that experimental maglev tracks would be laid in the central province early next year. It cited a key survey carried out by a design institute for the China Railway Group Limited. It was tasked with conducting a feasibility study for a sprawling new network stretching from Guangzhou to Beijing on which trains could travel at between 600km/h and 1,000km/h – if the concept of maglev trains swinging inside a vacuum tube can be put into practice.

The exceptionally high speed means that once operational, a 2,200-km journey from Wuhan to Guangzhou could be reduced to about two hours.

It has also been reported that a 600km/h maglev train prototype will be ready for trial runs in 2020. Hubei will start work on a 200-km section made of vacuum tubes to conduct experiments to verify the cutting-edge, high-temperature superconducting maglev theory and ultimately push the speed limit to 1,000km/h. 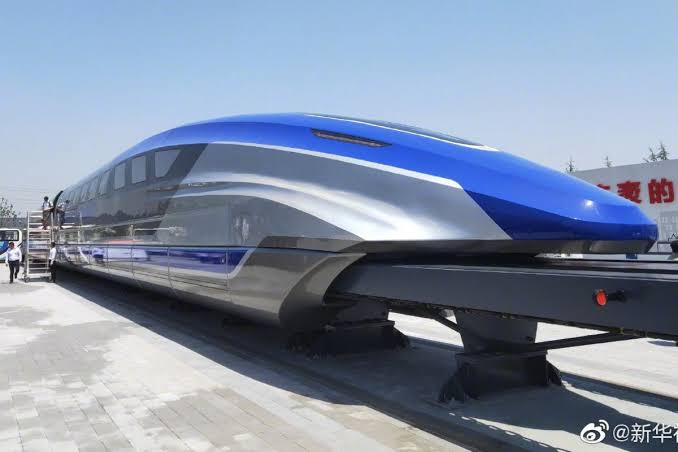 What is propelling the ambitious new project is Beijing’s latest policy paper on nationwide transportation developments promulgated last month. It contains a chapter on running new maglev lines between key urban centers to complement the existing network of high-speed railways.

The 350km/h high-speed trunk routes between Beijing and Shanghai and Beijing and Guangzhou have seen their average loading and occupancy rates soar to 82% in the decade since completion. Train cars are already packed prior to major holidays and during peak travel seasons, and marshaling and signaling constraints mean few extra trains can be added to alleviate congestion.

China is thus mulling building maglev lines in the next one to two decades in and between the affluent Yangtze River Delta and the Pearl River Delta, where the demand for high-speed intercity travel is expected to increase even further. It is believed that business travelers may choose to hop on maglev trains instead of planes if they can travel from one major city to another within an hour.

Also, a China Railway Group engineer told Changjiang Daily that Japan, Germany and the US were also competing against China, trialing their respective ultrafast maglev trains based on various models of the superconducting maglev technology.

He said that China’s lead in conventional high-speed railways and rolling stocks would not necessarily give the nation a head start in the competitive world of  “floating trains,” referring to the maglev technology, which involves two sets of magnets repelling each other and lifting a train up off its tracks.

In 2002, China received a technology transfer from Germany for a 30-km maglev line between downtown Shanghai and the city’s Pudong Airport that would allow trains to travel at 430km/h.