8 of which are actually British 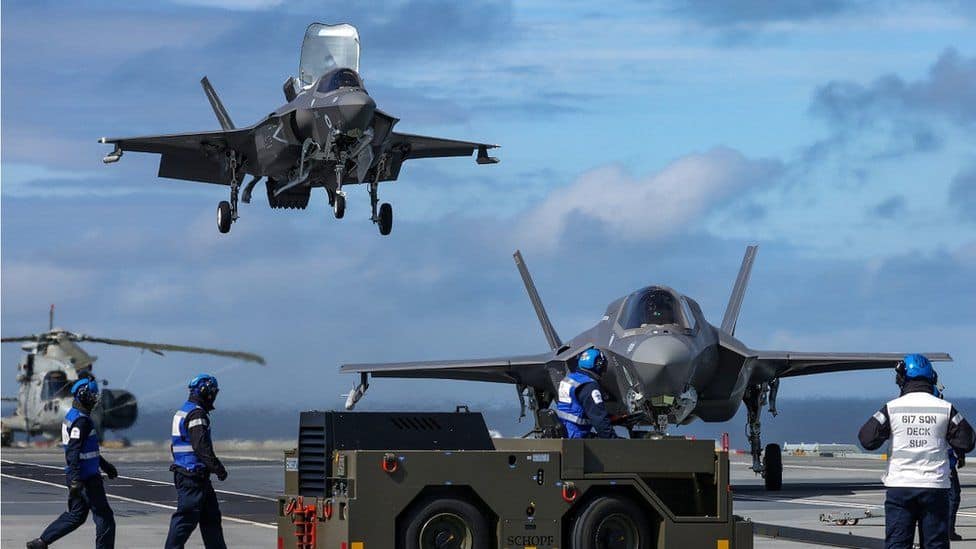 Well it’s a “carrier group” of sorts. It has a carrier that has aircraft, sort of. And escorts, sort of.

HMS Queen Elizabeth comes sailing with 18 fixed-winged aircraft, 10 of which are operated by the US Marine Corps. Yes, the “British” “carrier group” boasts 8 British fixed-wing aircraft.

It also boasts the escort of 3 frigates, 2 of which are actually British, and 2 destroyers, one of which is British.

There was a second British destroyer escorting it but its engines broke down in hot water.

That is a thing. British destroyers break down in hot water.

The ship stayed in Augusta, Sicily, whilst the remainder of CSG 21 transited the Suez Canal to begin the second leg of its maiden deployment.

Well, now that the strike power represented by eight British F-35s, ten US F-35s, one British destroyer (that only deploys anti-air missiles), and one US destroyer sails deeper into China’s A2/AD missile umbrella, Beijing will have no choice but to give up Hong Kong, Taiwan, and Apple.