A US “freedom of navigation operation” has just concluded in the South China Sea which saw an American carrier group around USS Theodore Roosevelt pass through the sea.

An earlier such US “operation” in late March saw a US destroyer pass within 12 nautical miles of an island claimed and occupied by China, that is to say within China’s claimed territorial waters.

We did not have to wait long for the Chinese response. And owing to the fact America’s “freedom of navigation” provocations are now conducted on a schedule and known long in advance the Chinese could, and did, organize a truly massive immediate reply.

They staged their largest parade in 600 years: 48 warships including their aircraft carrier and nuclear submarines sailed down the South China Sea with the Chinese leader Xi himself present on one of the guided missile destroyers.

The Chinese message seems to be clear: we are the masters of this sea.

It also happens to lie off Asia’s, not America’s shore and has “China” in the name. 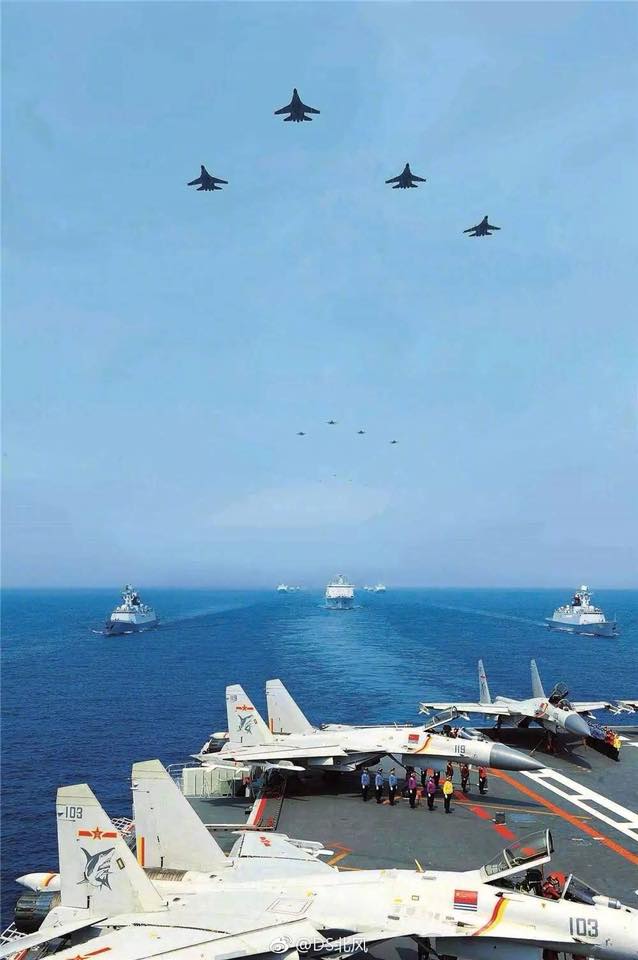