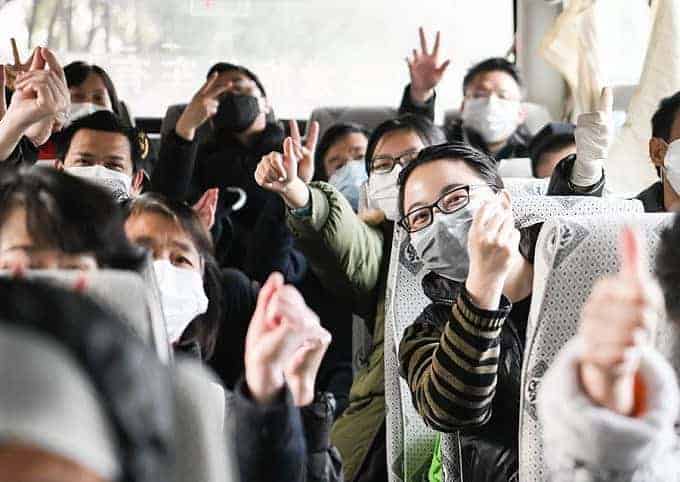 Wuhan, the Chinese city known for being the epicenter from which Covid-19 coronavirus pandemic, closed all of its 16 temporary hospitals as the number of patients continues to decline in the city, according to the Xinhua agency. This Tuesday the last two temporary hospitals were closed. Temporary medical centers in Wuhan received a total of 12,000 patients, according to local authorities. The Chinese president, Xi Jinping, promised on Tuesday to fight resolutely to achieve victory in the battle against Covid-19.

The spread of Covid-19 coronavirus has basically been halted in Hubei province and its capital, Wuhan, said Xi Jinping on Tuesday, during a visit to inspect epidemic prevention and control work in the city. Xi noted that initial success has been achieved in stabilizing the situation and reversing the trend in Hubei and Wuhan, epicenter of the disease, which has spread throughout the world.

The president said that after hard work, the situation in Hubei and Wuhan has undergone positive changes with significant progress, but warned that the task of prevention and control remains arduous.

The head of state emphasized that prevention and control of the epidemic should continue to be considered as a task of the greatest importance.

The number of new cases confirmed with the pathogen fell for the first time below 20 in Wuhan, the epicenter of the outbreak, Mi Feng, senior official of the National Health Commission (CNS) of China, said Tuesday.

Wuhan, the capital of the central province of Hubei, reported 17 new infections on Monday, while five consecutive days went by without new confirmed cases being registered in other cities in the province, Mi said.

The Ministry of Health of China has confirmed on Tuesday 3,136 deaths due to the outbreak of the new coronavirus in the country and has raised the number of infected to 80,754.

At a press conference, the official said the epidemic situation is progressing with good prospects, adding that the Chinese mainland, with the exception of Hubei, has not reported new native cases of Covid-19 for three days in a row.

Precise epidemic prevention and control measures have been implemented throughout the country to enable the gradual resumption of work, production and school activities, as well as the normal life of citizens, said Mi.

Chinese health authorities have indicated that 19 new cases of coronavirus and 17 deaths have been confirmed on Monday, all of them in Hubei province.

In addition, 36 new cases suspected of contracting the virus have been registered, while 1,297 patients have been discharged after recovery. In turn, the number of serious cases has decreased by 317, to 4,797.