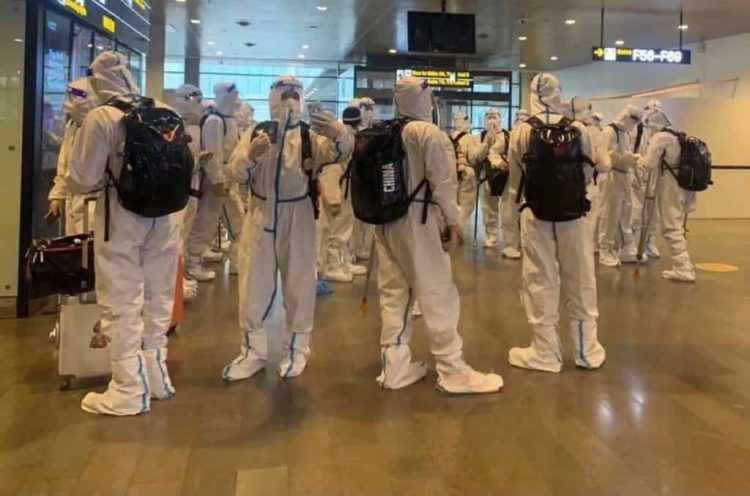 Russia has just banned surrogate birth for foreigners after 40,000 surrogate-birth children have left Russia over the past decades to be raised by foreigners.

In Ukraine the practice remains a boutique industry:

Since 2015, Ukraine has developed into the global capital of surrogacy, with numerous other countries, including Nepal, India and Thailand, having banned the practice. According to estimates, between 2,000 and 3,000 babies are born to surrogate mothers in the Eastern European country [every year], most of them for parents abroad.

The industry hit a war snag as parents weren’t able to easily travel and the babies started piling up:

Since the beginning of the Russian invasion, it has grown increasingly difficult for the future parents to pick up their children. And every day, new children from surrogate mothers in Ukraine are being born, with hundreds more still pregnant.

“There are currently 18 babies in our air raid shelter in a Kyiv suburb. But new ones are arriving every day.”

But the biggest pile-up has nothing to do with the war but with covid derangement:

We have children here from all over the world: France, the United Kingdom, Austria, Switzerland, Israel, Argentina, Brazil and China. Our oldest children are Chinese. Their parents are unable to leave the country and pick up their children because of the strict coronavirus measures.

The situation with China-bound babies is replicated in Russia:

Due to coronavirus restrictions in 2020, a number of babies born to surrogate mothers were stranded after Russia closed its borders to slow the spread of the coronavirus.

Most foreign parents were from China and were unable to pick up their children because of the pandemic.