China’s first-ever Mars rover will roll into action this weekend, if all goes according to plan.

The six-wheeled robot, part of China’s Tianwen-1 mission, touched down Friday evening (May 14) on the vast Martian plain Utopia Planitia. The rover, known as Zhurong, has remained atop its landing platform ever since — but it won’t for much longer.

Zhurong will spend its first seven to eight days on the Martian surface studying its surroundings and performing checkouts on its systems and instruments, China’s state-run Xinhua news agency reported shortly after touchdown, citing an official at the China National Space Administration. If that schedule holds, the rover should roll down the lander’s twin ramps and touch Mars’ red dirt for the first time on Friday or Saturday (May 21 or May 22).

We haven’t seen any photos taken by Zhurong yet, but those are likely coming soon as well. The rover’s traveling companion, the Tianwen-1 Mars orbiter, had been circling the Red Planet every 48 hours. But it recently maneuvered itself into a much lower orbit with an 8.2-hour period, which is better suited to relaying large amounts of data between Zhurong and mission control here on Earth.

The Tianwen-1 mission launched on July 23, 2020, just four days after the United Arab Emirates’ Hope Mars orbiter lifted off and a week before NASA’s Perseverance Mars rover did the same.

Tianwen-1 arrived in Mars orbit on Feb. 10 of this year. Its two constituent spacecraft stayed together until Friday, when Zhurong and its landing platform separated from the orbiter and made the harrowing descent through Mars’ atmosphere.

After rolling down the lander’s ramp, the 530-lb. (240 kilograms) Zhurong, which was named after an ancient fire god in Chinese mythology, will spend at least three months conducting geological studies and hunting for water ice, among other tasks. 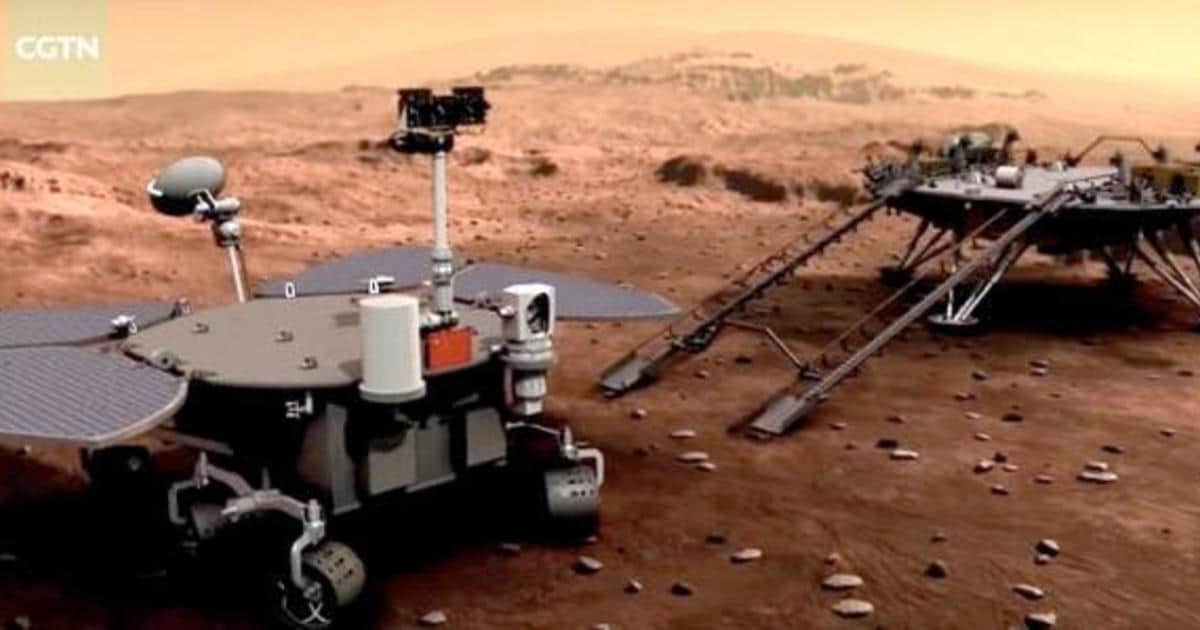 The Tianwen-1 orbiter is designed to operate for at least one Mars year, which is about 687 Earth days. The orbiter is not just a relay station; it’s equipped with a high-resolution camera, and it’s conducting mineralogical and other investigations as well.

Tianwen-1 is China’s first fully homegrown Mars mission but not its first Red Planet effort of any type. The nation’s Yinghuo-1 Mars orbiter launched in November 2011 with Russia’s Phobos-Grunt mission, which suffered a failure and never made it out of Earth orbit.