China has made the surprise announcement it will hold live fire drills in the Strait of Taiwan next week starting April 18th, making it the first Chinese exercise in those waters since 2015. The South China Morning Post interprets the short-notice drills are meant as a warning to Taiwan (which has just received the US green light to import submarine tech) as well as a show of support for Russia:

Beijing announced suddenly on Thursday that it would hold live-fire drills in the Taiwan Strait next week, a move military observers said sent a message to Taipei and was also a show of geopolitical support for Russia to put pressure on the United States.

The announcement came just hours after Chinese President Xi Jinping, who also chairs the powerful Central Military Commission, was on the southern island of Hainan to inspect the biggest naval parade in the country’s history, a massive flexing of naval muscle amid China’s growing rivalry with the US.

Macau-based military expert Antony Wong Dong said military conflict between the US and Russia in Syria could “break out at any time” and the drill in the Taiwan Strait was meant to be a show of support to China’s strategic partner Russia, diverting attention from the crisis in Syria after US President Donald Trump threatened a strike against Syrian forces.

“It’s very likely that as Russia’s strategic partner, China [is using its] navy to show its political support to Russia at such a sensitive moment,” Wong said.

“The People’s Liberation Army Navy was ordered to move their drills to the Taiwan Strait to test their emergency response in combat.”

The live-fire drill is expected to take place on April 18, making it the first naval exercise in the waters since September 2015, which occurred in the lead-up to the self-ruled island’s presidential election.

Now let’s be real. When the South China Morning Post interprets surprise Chinese fire drills off the coast of China to be “in support of Russia” the first reaction is probably skepticism. Surely this is merely about China?

Especially given that Beijing did not even help Russia vote down the latest US resolution on Syria at the UN. But there are a few other things to consider.

First is that China has just carried out a massive naval parade in the South China Sea involving nearly all of its best warships, 48 in total. It also accompanied the parade with extensive military drills both before and after the event. So why does China need to stage another naval drill on short notice? It doesn’t. And yet here is the surprise announcement that next week the Chinese navy will be out again next Wednesday.

I don’t think the parade in the South China Sea that we just saw had anything to do with support for Russia. A massive demonstration like that had to be planned months in advance and was scheduled to coincide with the end US Navy’s first “freedom of navigation operation” this year. (US FONs are known in advance since they follow a schedule.)

However, another surprise live-fire drill as soon as the ships can be restocked and refueled after this week’s exertions? Yeah that sounds like it was a recent decision and not one that has been planned for months at all. In the end I wouldn’t say Beijing is staging the drills primarily to support the Russians, instead it is diverting attention from the Syrian crisis to get the Americans thinking what a two-front conflict would be like.

It’s China’s way of saying: ‘do you really want to antagonize us when you’re already inches away from war with Russia?’ And: ‘do you really think you’re strong enough to fight a two-front war like this?’

Thus in essence China is taking advantage of the US-Russian crisis to pressure Americans for its own purposes — but whatever Beijing’s motives are the effect is the same: pressure on the Americans is increased, pressure on the Russians is eased.

If China wants a war then bring it on!We need to crush Communism which is Satanic to the core!If Trump had any brains he would have made good friends with Putin but I guess him and the government are too busy falling into the Globalist’s false flag traps.

The world is done tolerating ya indigenous pillaging pieces of sh*t : watch how your kind loses more than y’all could have dreamt of ‘conquering’ … maybe you should get back to building that wall so your states don’t break away 😛 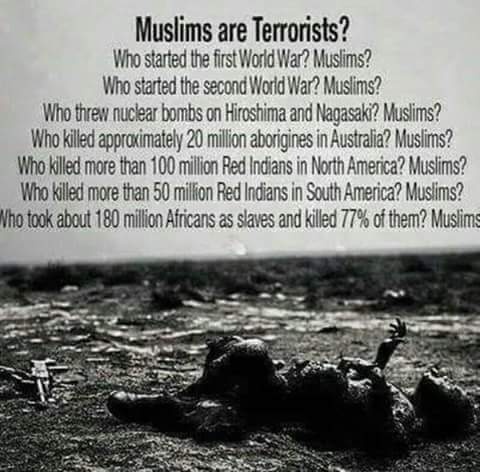 Well that will be the most narrow minded thing I read today.

A troll, no doubt.

The only stupid that want wars, mayhem, mass killings, rapes, tortures, eviceration of pregnant mothers is the US. Get a grip. Nazi Germany is a mirror of your pathetic state.
Reading your stupid comment, I can see saliva dropping from both sides of your mouth.
US, the only satanic power.