Child House Incarceration: The Cruelty Is the Point

"Destroying the lives of children is not needed to ‘control the virus’. So what is the point, dear reader?" 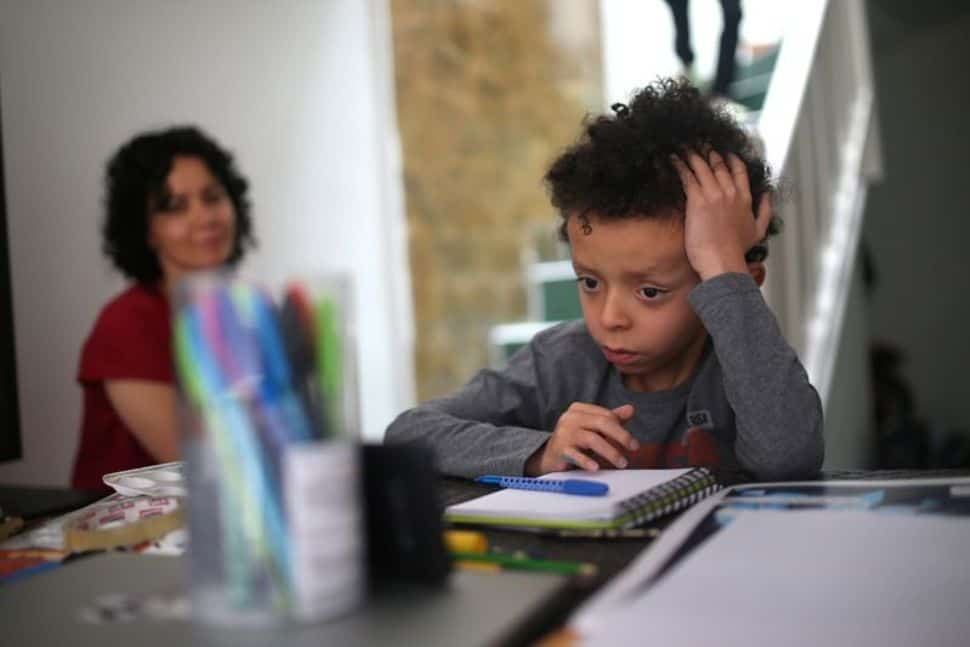 YES, the cruelty is the point. What Boris Johnson and his henchman are doing now is cruel and wicked. They have been aided and abetted by a propaganda media that rarely asks any tough questions, such as how accurate is the 100,000 Covid death figure, where are all the flu deaths, why did you empty the hospitals of Covid positive patients and put them in care homes, why are schools still closed when Public Health England said it was safe to open after half term, and how many lives will be lost to lockdown conditions and recession conditions?

Pretty much every question from the media is, why didn’t you lock down earlier, and why didn’t you lock down harder? This is what counts as journalism these days, a false opposition interested only in pushing the government agenda and propaganda. What the media have done is to manufacture consent from the population for what is a needlessly cruel and wicked lockdown that we will never recover from. It is a classic media propaganda model.

Let’s take schools. Before the latest announcement it was the case that ‘primary schools can safely reopen after half-term if cases keep falling, government health advisers have concluded. Public Health England (PHE) said that there was now a “strong case” for the return to class, adding more pressure on Boris Johnson to set out a timetable for primary schools to reopen’.

(The European Centre for Disease Prevention and Control’s review of evidence from 17 countries found that reopening of schools could not be blamed for a resurgence in the virus and that the negative physical, mental health and educational impact of school closures on children outweighed any benefits. Nor is there any evidence of teachers being at particular risk – in fact they are at considerably less risk than other occupations who have had to keep working.)

Cases did keep falling but Johnson overruled Gavin Williamson and kept the schools closed until at least March 8. And mark my words, the schools will not open then. I believe they will push it back until after Easter. These is no public health reason to close the schools. None. ‘Pupils in that age group are “resistant” to wider coronavirus trends and play a small role in spreading infection, a series of comprehensive studies has concluded.’ So why has Johnson kept them closed? Why has he done this despite knowing of the devastating impact this lockdown will have on children? What he is doing will break children and their families.

One mother of an autistic son was so broken by the first lockdown that she killed him. But to the government this son and this family were expendable and disposable.

Further: ‘Professor Russell Viner, president of the Royal College of Paediatrics and Child Health, perhaps put it most clearly when he told MPs on the Education Select Committee earlier this month: “When we close schools we close their lives”.’

And: ‘At the opposite end of the age spectrum, health visitors, who support parents and babies during the early years, are worried about the impact on new-borns.’

Finally, children with disabilities have essentially been imprisoned.  ‘Dame Christine Lenehan, director of the Council for Disabled Children, says in some cases children have ended up “incarcerated” in their homes. “There are some who have barely had any formal education since lockdown began”.’

Destroying the lives of children, slowing the development of babies, isolating new mothers and inflicting incarceration conditions on children with disabilities, is all for nothing. It is not needed to ‘control the virus’. So what is the point, dear reader? The point is the cruelty. Boris Johnson is recklessly inflicting these cruelties on the most vulnerable children and their families. And what do the public do? Go along with it. Shame on you all who do.

Mark Ellse’s analysis of age standardised mortality rates on TCW likewise shows how similar 2020 deaths (taking Government statistics at face value) are to previous years and how few people of good health have been affected by Covid.

We know that they are over-counting Covid deaths and that the PCR test is not fit for purpose. Covid is not the great killer they say, but lockdowns are.

It was reported in the Times on Saturday (though buried on page 10) that recession will be more harmful than the virus. ‘Lockdown and recession will cause more harm in the longer term than Covid-19 deaths themselves, according to estimates for Sage.’ ‘Recession results in the loss of the equivalent of 1.3million years of good quality life compared to 1.1m lost through Covid deaths and “long Covid”. Living under lockdown itself also results in an estimated 1.1million years of good quality life lost due to issues such as inactivity, self-harm and alcoholism, offset by the drop in accidents and better quality air.’

This excludes all the deaths caused by delayed and denied cancer treatments, heart treatments and others. In other words, this lockdown will cost at least 2.4 million life-years compared with 1.1 million lost through Covid. Sage still maintains that there would be 200,00 extra deaths in the three months to March without the restrictions [which is laughable] but first, they over count deaths and second, this is not the same as quality of life years lost.

As I have always said, lockdowns fail on every test: they are immoral, they are unethical, they are disproportionate and they even fail on utilitarian grounds. They break families, they target the vulnerable, children and children with disabilities the most. Johnson has needlessly kept schools closed and dangled hope for reopening in the future, always the not-too-distant future that never seems to come.

If he and his henchmen followed the science they would see how damaging lockdown was. They would know how cruel and evil it was. But they don’t care. For some reason they are doubling down, probably to save their political lives and the propaganda media, many bought and paid for by the Tories, and their corporations are enforcing this wicked dictatorial regime and manufacturing the public’s consent.

One day I hope people will understand what they have done: that they have collaborated with this tyranny that is inflicting inhuman and degrading treatment on the sickest and most vulnerable. Justice will be done, in this life or the next. Of this at least I am sure.