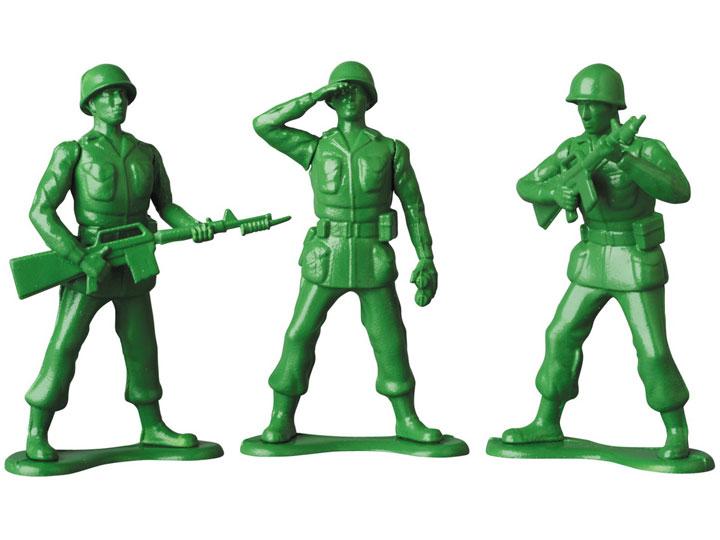 During the run-up to the continent-wide elections to the European Parliament that just took place, our European press and electronic media sounded the alarm over the threat of a populist, nationalist, Eurosceptic tide overwhelming the “peace project” that the European Union is said to be.

The great fear was that the Center would not hold, that the alliance between Center Right (European People’s Party) and Center Left (Socialists and Democrats) which has held a majority of the 751 seats and set the agenda for the European Institutions over the past 40 years would be swept away while irresponsible fringe parties would carry the day.

As it turned out, in elections which culminated with voting day in most Member States on Sunday, 26 May, the two-party centrist majority heavily lost seats and no longer can rule alone.

However, the insurgency of nationalist parties led by Italian deputy premier Matteo Salvini and backed by France’s Marine Le Pen of the National Rally and Holland’s Geert Wilder of the Freedom Party, which our journalists were watching with hawk-like attention brought their bloc (The Europe of Nations and Freedom) only modest gains, yielding a total of 58 seats versus 40 in the 2014 elections, and not the 75 or more hoped for.

Salvini’s ambition to enjoy a bigger say in the Parliament, and consequently in the allocation of ministerial portfolios in the Commission will depend on whether he can draw into a working alliance the deputies from Viktor Orban’s party (presently still EPP) and deputies from the governing Law and Justice Party in Poland, among other nationalists, and so rise to over 100 seats on votes of common interest. If these and the other small parties of the same genre were to pool resources, then, in the analysis of The New York Times, populists and eurosceptics on the whole “increased their seats in Parliament to 25 percent, up from 20 percent five years ago.”

However, that hypothetical formation of what is called the ‘extreme right’ pales in comparison with the rise of two other blocs in the latest elections, both of which have the potential to consolidate the Center if they join forces, which is more than likely.  I have in mind the two greatest winners in the latest EP elections:  the Alliance of Democrats and Liberals for Europe (ALDE) and the Greens.

From its 68 seats in 2014, ALDE is now forecast to hold 106 seats in the new Parliament. The increase is in good part attributable to Emmanuel Macron’s taking the 22 or so deputies of his new République en Marche party into the bloc but also reflects a broader swing in favor of the Liberals in several countries. Long-time leader of ALDE, former Belgian prime minister Guy Verhofstadt, was quoted as saying when the election returns came in Sunday night, “No solid pro-European majority will be possible without our new centrist group.”

Meanwhile, one of the Greens’ leaders, Belgian MEP Philippe Lamberts, issued a similar claim: “To make a stable majority in this parliament the Greens are now indispensable”  Indeed, the Greens rose from 51 seats in 2014 to 67 seats in the new Parliament, much of the increase coming from Germany, where the Greens almost doubled their result from the previous election.

The Belgian daily La Libre Belgique summed up the situation succinctly with the headline “In the European Parliament, the Liberals and the Greens are positioned as king-makers.”

The above correlations constitute almost the entirety of mainstream analysis of the 2019 elections to the European Parliament where the focus of attention has been on what the electoral outcome means for institutional stability and continuity of policies. The European Union is deemed to be a “peace project” precisely because the ever growing integration of Member States into a supranational entity comes at the expense of the prerogatives, or sovereignty if you will, of Member States. And nationalism, in the view of these integrationists, is what accounted for Europe’s bloody history over the past two centuries.

However, this concept of a peace project is as unfounded and purely ideological in nature, as the Neoconservative notion that only democratic nations can live together in peace. These are the Hail Mary’s of a secular religion. They are unproven and taken on faith.

I propose a very different frame of analysis to understand the degree to which the results of the latest European elections work in favor of peace or the contrary.

To be sure, there was no “War Party” and no “Peace Party” on the ballots. But let us remember that the Centrist parties of the EU Parliament steered Europe along a course of collision with Russia over Ukraine going back to the fall of 2013 when their foreign and defense negotiators gave Kiev a flat choice of aligning itself with the EU economically, diplomatically and militarily or maintaining ties with its single biggest trading partner and banker, the Russian Federation.

And when the Maidan crisis broke in February 2014, the EU reneged on the compromise agreements it had just brokered between then prime minister Yanukovich and his opponents, allowing nationalist militants, including neo-Nazis, to come to power in Ukraine on a violently anti-Russian platform.

Then, when the United States began the unending process of punishing Russia for its intervention in Ukraine by sanctions, the European Union, under the guidance of these same centrist parties, EPP and S&D, unflinchingly followed suit. When the United States mobilized NATO,  began moving military personnel and equipment close to Russian borders, began holding highly provocative war games simulating the invasion of Russia’s Kaliningrad enclave, on the logic of dissuading Russia from committing further “aggression,” the EU Member States, led by the Centrists, did its fair share of saber rattling in Moscow’s direction. If all of this does not constitute a “War Party,” what does?

With the results of the latest vote for EP deputies, the picture becomes even more ominous. The Liberals and Democrats (ALDE), who are now the king-makers, have been among the most irresponsible voices in the Parliament these past five years with respect to Russia-baiting and imposition of sanctions against Russia.

Their aforementioned leader, Guy Verhofstadt has been the European partner of Neoconservative think tanks and lobbyists in Washington formed and directed by Robert Kagan, the political pamphleteer who assisted John McCain’s presidential campaign in 2008 and is the husband of the notorious Victoria Nuland, the key State Department officer who ran the Ukraine putsch and distributed cakes to the radicals on the Maidan Square. France’s Emmanuel Macron has chosen well the war-minded devils he will be supporting in the new European Parliament.

Add to that the newly victorious Greens, whose core group, the German Greens, have in the last European Parliament been among the most vituperous Russia-baiters. It is one thing to favor Environmentalism, which is the current flavor of youth politics in Europe, or to stand up against nuclear power generation. But politicians in the Parliament have to take positions on more than one issue, and the German Greens have never hesitated to move the Continent into direct confrontation with Moscow, whatever that may bring in terms of destabilizing security and heightened chances of war, including, paradoxically, nuclear war. If I may name one Greens leader who has personified this short-sighted policy, it is Rebecca Harms, who was from 2010 to 2016 President of The Greens – European Free Alliance in the European Parliament. [And then there’s Joschka Fischer, the bomber of Belgrade.]

Moreover, the Cold War orientation of the German Greens did not come from nowhere. It did not depend on any actions from Russia to be manifest but was embedded in their DNA from the very founding. A reading of the Wikipedia entries of Its long-time intellectual leaders Joschka Fischer and ‘Danny the Red’ Cohn-Bendit make this clear. They maintained an unholy alliance with the Liberals on issues of Euro-integration. Cohn-Bendit, after all, was co-author with Guy Verhofstadt of the book Debout l’Europe (Stand Up. Europe) which advocates a good measure of Euro-imperialism. So much for the peace project….

With allies such as these needed to restore control over the legislature, hence over the European Commission, the European People’s Party – Socialists and Democrats coalition looks distinctly warlike in fact if not in name.

Otherwise, the balance of forces in the incoming Parliament which we may identify as standing for Peace has seen changes in the shares of individual parties within the same overall number of approximately one-third of the 751 deputies who from 2014 to present stood for common sense, fact based construction of relations with Russia, and may therefore be called the Parties of Peace.

Nearly all of the parties that our journalists have labeled nationalists, Eurosceptic and populist have taken positions against sanctions on Russia. A few among them openly call for disbanding NATO. Meanwhile, the Party in this camp which did most poorly on the 26th happens also to bear the name “Greens” but within the broader name of “Nordic Green Left Alliance.”  Over the past several years I had occasion to meet with members of this group who sponsored round tables within the European Parliament to consider or reconsider relations with Russia. They were open-minded and serious people, and it is a pity they have fared poorly in the latest elections.

In closing this overview of the 2019 elections to the European Parliament, I direct attention to results here in Belgium, where the most striking development was the surge in support in the North of the country (Flanders) for the Extreme Right nationalist party Vlaams Belang, who took votes away from the leading Flemish nationalist party, the N-VA which was positioned more to the center and had been the power behind the throne in Belgium’s coalition government  with the French-speaking liberals of the Mouvement Réformateur (MR) till they forced the government to fall over immigration policy last December. The virtual doubling of the vote for the Vlaams Belang have made it the second largest party in Flanders, with approximately 20% support, and a force to be reckoned with at the federal level as politicians try to hobble together a new coalition to run the country.

When viewed from the perspective of Europe and of the War Party-Peace Party analytical frame, the rise of the Vlaams Belang adds another two MEP seats to the pro-détente Europe of Nations and Freedoms bloc (now totaling 55 seats) in the European Parliament. A little more than a year ago, a legislator in the federal Chamber of Repreentatives from the Vlaams Belang was the initiator of a motion calling for an end to sanctions on Russia, which, of course, failed to gain traction in the MR and N-VA dominated house.

Meanwhile, the leader of the Francophone populist party Michael Mondrikamen, the coordinator of pan-European populism designated by Steve Bannon to head his “Movement” failed miserably at the ballot box. His party will lose the one seat it had in the Belgian federal Chamber and has none in the European Parliament. Bannon’s inability to understand who is who in Belgian politics and to back those who ultimately triumphed last Sunday, the Vlaams Belang, shows yet again that the Masters of the Universe residing on the other side of the Atlantic should not try to run European politics but would do better to restore order in the presently dysfunctional American political system.