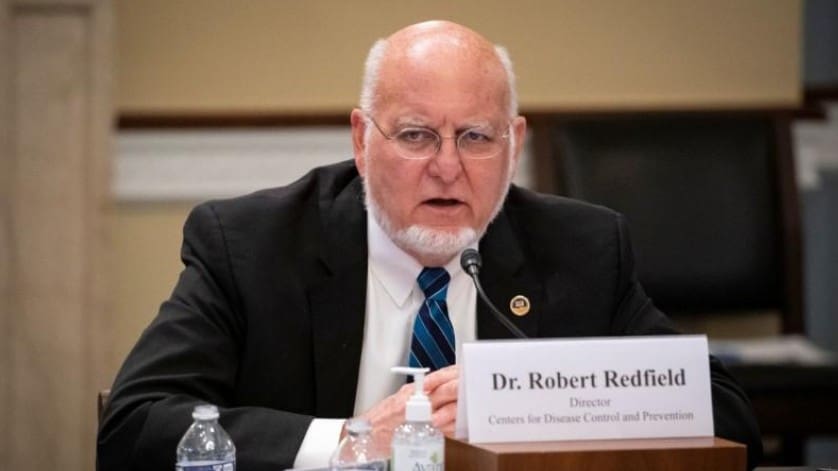 During a hearing by the House Oversight and Reform Select Subcommittee on the Coronavirus Crisis on Friday, Rep. Blaine Luetkemeyer (R-Mo.) asked whether hospitals have “perverse incentive” to inflate COVID-19 fatality numbers.

Shockingly, Redfield admitted that they do.

“I think you’re correct in that we’ve seen this in other disease processes, too,” Redfield said.

“Really, in the HIV epidemic, somebody may have a heart attack but also have HIV — the hospital would prefer the [classification] for HIV because there’s greater reimbursement,” he explained. “So, I do think there’s some reality to that.”

“When it comes to death reporting, though, ultimately, it’s how the physician defines it in the death certificate, and … we review all of those death certificates. So I think, probably it is less operable in the cause of death, although I won’t say there are not some cases,” he continued. “I do think though [that] when it comes to hospital reimbursement issues or individuals that get discharged, there could be some play in that for sure.”

Debate has raged over whether coronavirus deaths are being counted accurately, and various studies have found conflicting conclusions.

More from the Washington Examiner:

A Yale study concluded that the overall coronavirus death toll in the United States is a “substantial undercount” of the actual number; White House coronavirus response team member Dr. Deborah Birx suggested in May that deaths are being overcounted by 25%.

There appear to be cases where the opposite has happened. An investigation in Florida found that several deaths were wrongly attributed to the virus, including the case of a man who died from a gunshot wound to the head.

The CDC’s website lists over 3,700 coronavirus deaths characterized as “intentional and unintentional injury, poisoning and other adverse events.” In Texas, more than 3,000 people were recently removed from the overall coronavirus count because they were never actually tested but considered “probable” cases.

Still, it may never be possible to get an accurate count of deaths or cases, considering not everyone who contracts the disease is tested.

Indeed, antibody tests continually show that a significant portion of the population has likely contracted COVID-19, yet never knew they had the virus.