Tens of millions worth of seized Iranian government properties have been sold off in Canada and the proceeds handed to victims of terrorist groups sponsored by the regime, Global News has learned.

According to a document filed in the Ontario Superior Court of Justice last month, the victims got a share of the money earned through the sale of Iran’s buildings in Ottawa and Toronto.

The properties went for more than $28-million, documents show. The recipients were victims of Hamas and Hezbollah — terrorist groups bankrolled, armed and trained by Iran.

“The distribution to creditors as authorized by the court has been made,” the Toronto law firm appointed as the court-appointed receiver, Albert Gelman Inc., informed the judge on Aug. 7.

Normally that would be an unremarkable statement but the creditors in the case were terrorism victims and the assets were Canadian properties seized from the Iranian regime.

The Ottawa property, which had been the Iranian Cultural Centre, was particularly valuable. Marketed as a “transit-oriented development opportunity on the apron of the University of Ottawa,” it sold to a Montreal developer for $26.5-million.

The Toronto property, which was owned by a company headed by an embassy official and served as the Centre for Iranian Studies, went for $1.85-million.

A lawyer representing one of the victims also confirmed the sales had occurred.

The Canadian Coalition Against Terror, which lobbied to changed the law so victims could seek redress from states that sponsor terrorism, said it was pleased Tehran had been held to account.

“The Iranian regime unwaveringly and unabashedly provides tens of billions of dollars for terrorist organizations that have destroyed innocent lives across the globe, including those of Canadians,” said Danny Eisen, the C-CAT spokesperson.

The redistribution of Iran’s assets marks the likely end of a process that started seven years ago when the former Conservative government designated the Islamic Republic a state sponsor of terrorism.

Under the Justice for Victims of Terrorism Act, enacted in 2012, victims can use the courts to claim the Canadian assets of designated state sponsors of terrorism. Iran and Syria are currently designated. [How convenient. No suits against US property for support of MEK and Jundallah which actually struck Iranian soil.]

Foreign governments typically can’t be sued, but the legislation lifted state immunity for those countries. [And only those.] Only non-diplomatic assets can be claimed by victims, meaning embassies and consulates are off-limits.

Several American families that had won large court judgments against Iran over terrorist attacks subsequently filed claims in the Ontario and Nova Scotia courts, seeking a share of Iran’s assets.

They included the family of Marla Bennett, a U.S. citizen killed in a 2002 Hamas bombing, and Edward Tracy and Joseph Cicippio, who were held hostage by Hezbollah from 1986 to 1991.

The court sided with the victims and awarded them Iran’s assets. The judge said the properties were “beneficially owned by Iran” and added there was evidence the Ottawa property was linked to the Iranian Revolutionary Guards.

Iran initially ignored the case but then hired a law firm to appeal the Ontario court ruling, which the regime called “politically motivated.”

The sale and distribution of Iran’s assets began after the Supreme Court rejected Iran’s appeal last year. Now that the sale of the properties is complete, the assets have been distributed to the victims.

In addition to the proceeds of the sale of the properties, the victims were awarded a share of some $2.6-million seized from Iran’s bank accounts. Documents also list a Toyota Camry and Mazda MPV.

Canada severed diplomatic relations with Iran in 2012, citing the regime’s support for Syrian President Bashar Al-Assad, as well as its nuclear program, threats against Israel and backing of terrorist groups.

During the 2015 election campaign, Prime Minister Justin Trudeau pledged to restore ties with Iran but that did not happen. The United States has recently abandoned the Iranian nuclear deal and tightened sanctions against Tehran.

Course, the prodigy of a non Semitic Khazarian in his woodpile, JUST can not seem to protect Texicans memorials to their dead, from yankee carpetbagger gentuza, and Terxican hating Mexicans who swam the Rio Grande!

So Canada is now the 51st state of the murderous empire….just another little puppet !

Sorry, but there’s more than a little painful truth there.

Trudeau and Freeland have been shameful.

It’s hard because his father, Pierre, was one of the toughest and most independent-minded of prime ministers.

And he was brilliant, a quality Justin missed out on entirely.

Justin leans on Chrystia Freeland a great deal because he knows he is weak.

Chuckman, your remark on Baby-Face Trudeau’s father, Pierre, was not so good for Canada.
He sold them all out to the Banksters.
The downfall of Canada set in after that operation.

Look what a country it is now. Now pride, corruption and a Foreign Affairs Deputy with UkroNazi attributes.
Canada is a huge contributor to the tensions and division of Ukraine.

Qui bono? The Donald has no objection as long as it brings money in his kitty and Christine Freeland goes on supplying the UkroNazis with materials and equipment “to fight the Russians”. She was not even born when the USSR liberated most part of Europe in 1943-1945.

This law was passed under the government of Conservative Stephen Harper, 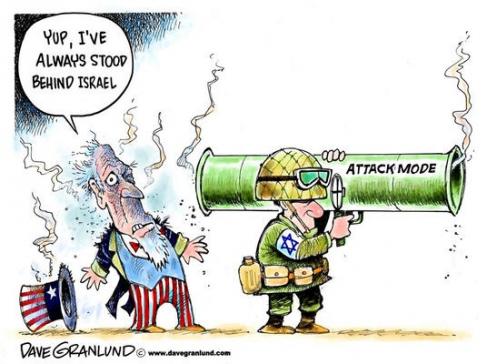 One eyed judicial system, what if the people of Syria after being bombed by US supported ISIS? or US forces itself ask for compensation? Will they seize US properties there to compensate the victims? .. Injustice is inside their law is only against the weak!