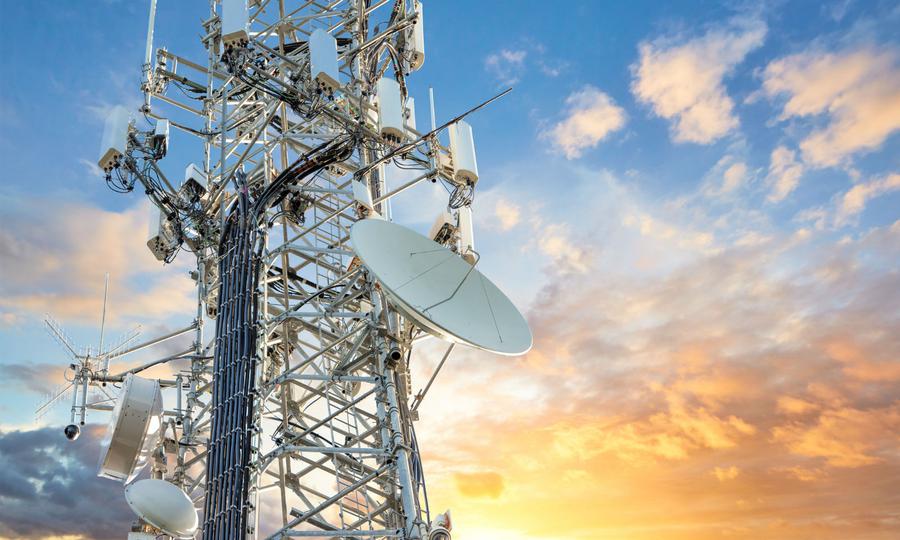 On Feb 21, President Donald Trump unleashed a tweet – “I want 5G, and even 6G, technology in the United States as soon as possible. It is far more powerful, faster, and smarter than the current standard. American companies must step up their efforts, or get left behind. There is no reason that we should be lagging behind on …”.

That was perhaps the clearest confession that the powerful United States was indeed behind rival China in the 5G technology. That probably also explains as to why the U.S. conveniently hides behind “national security” in their tech war against Chinese tech giant Huawei. It’s quite embarrassing that up to today, there is no American 5G equipment maker.

Cisco, the biggest maker of computer networking equipment, is one of Huawei’s main competitors. Curiously, the company never considered building its own radio access network equipment for 5G, and for some strange reason, the U.S. government never asked it to do so. Cisco depends on 5G macro radio technology from Ericsson, Nokia, and Samsung to build 5G networks.

Anyway, it was quite amusing that Trump wanted American companies to become a technology leader in 6G (a technology which has yet to exist) when they do not even have 5G. Heck, they even lack decent 4G connections. The fifth generation of mobile internet, or 5G, is still relatively new with only a small number of countries have implemented it.

Just because Donald Trump throws tantrum and wants 6G doesn’t mean the U.S. president knows what he was talking about. He probably thought after 5G, the next level should be 6G, never mind that it was only months ago in June that the Chinese government granted 5G licenses to wireless carriers. Days later, China Mobile and Huawei switched on their first 5G equipment.

On Thursday (Sept 26), Huawei CEO Ren Zhengfei has again spoken about the company’s offer to exclusively license its 5G technology to a U.S. company to create a level playing field for competitors. The founder of Huawei said the offer is only for an American company because firms in Europe, Japan, and South Korea already have the relevant technologies needed to develop 5G.

Mr. Ren’s statement, which could be seen as an insult to the U.S., says – “The U.S. currently does not have anything like this. I think that we should give an exclusive license with one U.S. company. After getting a license, they will be able to take our technology to compete with markets around the world. We want to give everyone the same starting point.”

The license would include Huawei’s proprietary 5G technology, including source code, hardware, software, verification, production, and manufacturing know-how. That’s the same proposition from the Chinese tech giant offered to the U.S. about 2 weeks ago. However, Donald Trump has yet to respond to the “generous” offer from Huawei to jumpstart American companies in 5G technology.

The U.S. continues to seek to discourage purchases of equipment from Huawei and is pressuring – even intimidating – European governments and allies to do the same, claiming it’s a gateway for Chinese spying. Although the US government has been concerned about espionage by Huawei on behalf of Beijing for years, they have yet to produce any evidence to support their allegation.

The Huawei’s big boss had said that U.S. companies interested in its 5G technology would be allowed to modify as they see fit the software code used to run any of Huawei’s 5G equipment – or even change it to meet their security requirements. However, Huawei did not disclose how much would they charge for its 5G technology.

Today, Huawei revealed another reason why it’s willing and can afford to share its crown jewels with rival United States. Huawei has already begun research on 6G, the successor to 5G mobile networks. During his interview with CNBC, CEO Ren Zhengfei said – “We have parallel work being done on 5G and 6G, so we started out 6G a long time ago.”

However, Mr. Ren said the development of 6G is still “a long way to go” – probably will take another 10 years to become a reality and before commercialization. Because the 6G technology would be incredibly fast, even Huawei isn’t sure what the technology will be needed for. For now, Huawei is focusing its efforts on 5G, including penetrating the U.S. market.

Huawei is currently researching 6G technology at its R&D center in Ottawa, Canada, amidst an open question of whether or not Canada will ban the Chinese company from providing 5G technology to mobile network operators. Interestingly, Ren Zhengfei’s daughter – Sabrina Meng Wanzhou – was arrested by Canadian authorities at the request of the U.S. and is facing extradition to America.

Apparently, Huawei’s Ottawa facility is strategically important, as wireless technology researchers were hired away from Nortel in 2009 to begin research on 5G. A ban on Huawei in Canada could be disruptive for Bell and Telus, which use Huawei equipment in existing network installations. The Huawei Canada operation employs about 500 people at its research and development facilities.

Its office in Canada reportedly would spend US$2 billion over the next five years to hire more software engineers to make its equipment more secure, resilient and efficient. In fact, the Chinese tech giant has ensured that all intellectual property (IP) generated in collaboration with Canadian institutions, including local universities, will remain in that country.

Yet, despite pressure from the U.S., Huawei said it has secured more than 50 commercial 5G contracts globally as it continues to strike deals with carriers worldwide. That number puts it ahead of its closest competitors Ericsson and Nokia. Considering that 6G would not be viable until 2030, Huawei’s immediate challenge isn’t the 6G, but to convince the U.S. to embrace its 5G technology.