EU 'parliament' is full of Euro-neocons 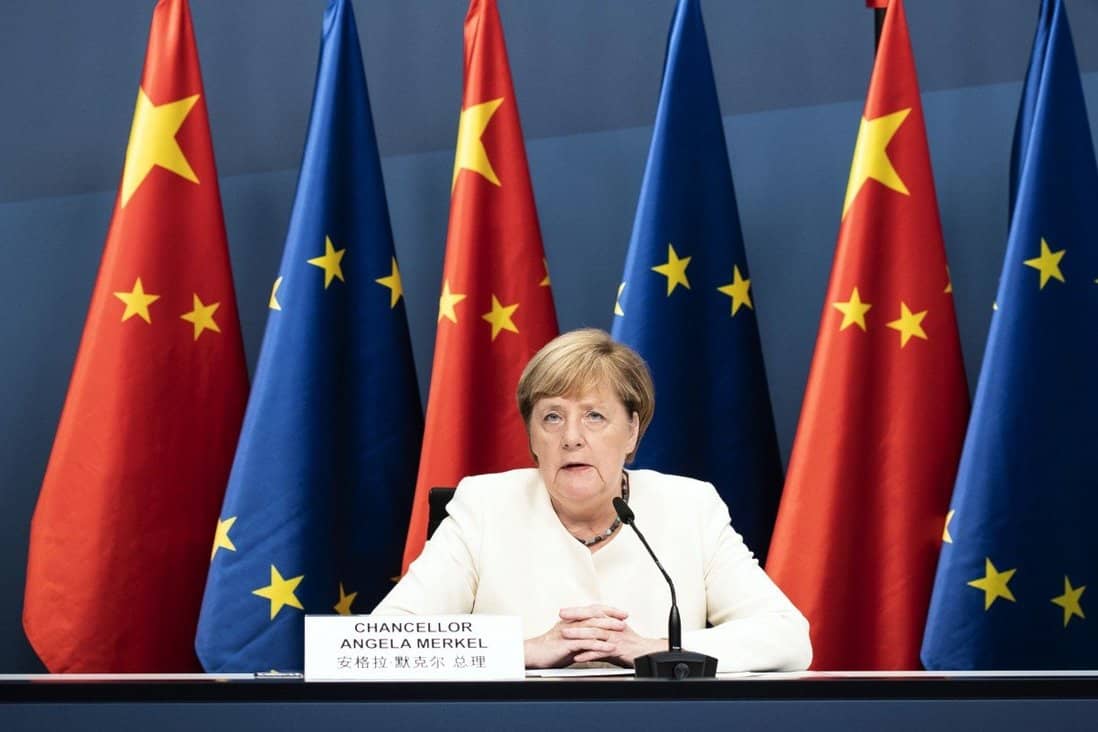 Dozens of Brussels lawmakers have criticised China’s efforts to “gag” European critics through sanctions and vowed to block the EU-China investment deal while the measures remain in place.

At a debate in the European Parliament on Wednesday, more than 30 members took the floor to denounce the sanctions imposed by Beijing last month, moves that targeted a host of elected officials, ambassadors, academics and think tanks.

They warned China that the investment deal was “on ice”, and also took aim at European Commission officials who they claimed had prioritised commercial ties with the world’s second largest economy at the expense of human rights.

“If we want to show once and for all that the EU is not just a supermarket but rather has principles … we have to come up with some tangible action, and that means we need to reject the investment agreement,” Emmanuel Maurel, a left-wing French MEP, said in a statement that seemed aimed as much at EU officials as Chinese ones.

At the beginning of the debate, the EU’s chief diplomat, Josep Borrell, said he stood in “full solidarity” with sanctioned MEPs, but reiterated the need to engage with China on multiple fronts.

“Without China, global challenges cannot be addressed effectively, such as tackling climate change and the pandemic, to Myanmar and the Iran nuclear deal,” the Spaniard said, echoing sentiment that has been expressed by top EU member-state leaders in recent weeks, including Angela Merkel of Germany and Emmanuel Macron of France.

But parliamentarians were in no mood for light-touch diplomacy, in what was their first chance to debate the sanctions since they were put in place.

Most of the major parties in the parliament have officially announced they will not support the deal while sanctions remain. Even with the backing of the largest one, the pro-business European People’s Party, the agreement may not have the votes to scrape through, although the EPP is known to be divided in its support in light of the sanctions.

China’s retaliation against the EU’s own low-level sanctions in March targeted elected officials who had been critical of its human rights records, as well as researchers, think tanks and academics.

The chair of the parliament’s Committee on International Trade, Bernd Lange of Germany, said it was “perfectly plain” that the Comprehensive Agreement on Investment (CAI) would “stay on ice – and for quite a long time at that”.

The deal, signed in December by Chinese and European leaders, now looks dead in the water. It requires ratification by the European Parliament, a process that is supposed to begin in 2022.

It also needs to be ratified by the EU Council – the heads of all 27 member states. However, private conversations with numerous diplomats from member states suggested their leadership would not have a mandate to promote the agreement in their capitals any time soon.

“Anything China-related becomes automatically harder to sell at home these days,” said one European diplomat.

MEPs repeatedly took affront at China’s efforts to shut down criticism of its human rights record.

Beijing sanctioned the parliament’s entire Subcommittee on Human Rights, a move that restricts access to some witnesses who fear that they may also face sanctioning by China, said vice-chair Hannah Neumann.

“This is a regime arbitrarily shooting a shotgun targeting our freedom of expression, our freedom of research and our rights as members of parliament,” said Neumann, a German.

“So when it comes to the agreement or investment that China wants us to ratify, we may be able to discuss the economic dimension at length, but we are kept by China from discussing its effects on human rights, and I am not willing to let a foreign country dictate to me how to do my job,” she added.

One of the sanctioned MEPs, Raphael Glucksmann of France, told the parliament it faced a stark choice on commercial interests versus human rights concerns.

“Are we going to be free or to be nothing? To be a sovereign house, or to be a parliament that is a doormat, that a tyrant would clean his boots on, with pockets full of money,” he said.

Meanwhile, Antonio López-Istúriz White of Spain, secretary-general of the European People’s Party, said the chamber “will not be gagged by unfounded sanctions from the communist regime”.

“If the Chinese government sanctions willy-nilly not just institutions but colleagues of ours, MEPs who sit with us, who have spoken critically about China, back-pedalling would be an affront to the rights we stand up for in this chamber,” he said.

The debate happened as EU-China tensions continued to escalate.

After the EU joined with Britain, Canada and the United States in sanctioning mid-ranking Chinese officials connected with alleged human rights abuses in Xinjiang, Beijing bit back with sweeping retaliatory sanctions on European officials and organisations.

Lawmakers in the EU – as well as those in Britain, the US and other allies – have been baying for further sanctioning of Chinese officials in response to China’s own counter sanctions.

In March, a group of MEPs sent a letter to Borrell asking for sanctions on Hong Kong’s leaders, who they said have “continuously violated fundamental freedoms guaranteed under both the Basic Law and the International Covenant on Civil and Political Rights”.

On Wednesday, a group of MEPs sent letters to the 10 permanent representatives to the EU from members which maintain extradition treaties with Beijing, urging them to “stop extradition to the [People’s Republic of China]”.

But doubts remain as to whether the bloc can convince member states to fall into line on further penalties.

Two weeks ago, China’s closest ally in the EU, Hungary, blocked new measures that would have seen the suspension of remaining extradition treaties with the mainland, as well as resolutions to create paths to residency in the EU for “highly qualified” Hongkongers and students.

The Hungarian MEP Katalin Cseh told the debate that Hungary’s leader, Viktor Orban, was a “Trojan horse” for “the brutality of the Chinese regime”.

“Let’s not let China silence us. Let’s speak out at one voice loud and clear that the CAI is off the table until the sanctions are lifted,” she said.

Beijing also blacklisted democratically elected officials from the UK, the US and Canada. In total, more than 30 individuals and entities were sanctioned.

As a result, three of the main political parties in the European Parliament (S&D, Renew Europe and Greens), which together hold 45% of the seats, announced that, as long as the sanctions remain in place, the parliament will refuse to even open the debate for ratification.