Sorry to tell you 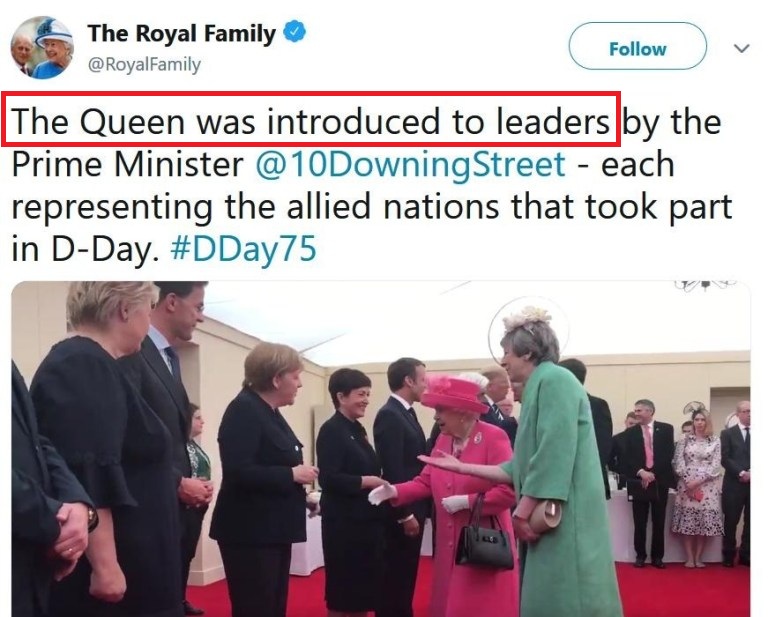 I’m not a big expert on monarchy here, but I think you’re doing it wrong Brits. As far I know you don’t introduce the Queen to prime ministers and chancellors. You introduce the chancellors to the Queen. Who does the Royal Family have doing their Twitter?? Miss South Carolina?

Take a look at the Saudis doing it right:

As for all this other stuff about how come the Germans were even invited, I can’t say I see what they’re getting at. Of course the Germans should be invited, they made D-Day possible.