Britons to Get ‘Vaccine Stamps’ in Their Passports Before Overseas Travel British travellers who have been inoculated against coronavirus could have their passports stamped to show they have had the vaccine in a boost for the tourism industry, The Telegraph can disclose.

The new ‘vaccine stamps’ would allow tourists to avoid being held up at borders if the international travel industry starts to pick up in the middle of next year as the pandemic subsides.

The stamps are being considered by ministers at the Department for Transport (DfT) as a significant way to boost the aviation industry by giving a degree of certainty to travellers planning overseas holidays next summer.

The news came as the Government secured an additional 2 million doses of Moderna Covid-19 vaccine, which is due to be available early next year and has been shown in trials to be 95 per cent effective.

The deal means the UK now has access to a total of 357 million doses of vaccines from seven different developers.

Airlines are likely to demand that passengers are vaccinated against coronavirus before they are allowed to board their planes.

Last week Qantas’ chief executive Alan Joyce said it would be a “necessity” for passengers to be inoculated before travelling.

The airline’s terms and conditions of travel could now be amended to say that international travelers must be vaccinated before they can board a Qantas plane.

Jill Chung, a spokesperson for Korean Air, South Korea’s largest airline, also said there was a real possibility that airlines will require that passengers be vaccinated because governments may require this as a condition for lifting quarantine for arrivals. Air New Zealand has also echoed a similar position.

Vaccine stamps as proof of being vaccinated were raised last week by Tory MP James Sunderland who asked Boris Johnson, the Prime Minister, whether he had considered “the utility of having vaccination stamps in passports, or an equivalent scheme, to get our plans off the ground”.

Mr Johnson replied that his transport secretary Grant Shapps was “looking at all such schemes” and could offer an assurance that he had heard the call “loud and clear”. [What “call” LOL? The only reason there is a demand is because you’re mandating it.]

Sources confirmed that the stamps were being examined at the DfT, where Aviation minister Robert Courts is said to be “upbeat and supportive” of the plan.

Mr Sunderland told The Telegraph: “Pets need a vaccination passport when travelling between the UK and Europe and this would be a fantastic way of ensuring freedom of movement for people too. [Now you can be just like a pet! Freedom of movement!]

“We must do everything possible to boost the economy by re-opening our travel, hospitality, leisure and business sectors and how fantastic would it be to have our planes, trains and boats full again.

“A vaccination stamp is simple, would save all the hassle at either end and really boost confidence.”

The Government’s additional two million Moderna doses mean that the UK has now secured 7 million doses of Moderna vaccine, which will be available in Europe as early as the spring.

The UK now has access to enough doses of Moderna’s vaccine candidate for around 3.5 million people.

I’ve had these questions lately:

1. Should the vaccines harm many people, people would be very outraged, so why they keep pushing the vaccines? Doesn’t make sense that they didn’t think of it.

2. Is there something in the vaccines that can modify/control people’s thoughts and emotions?

ah, the slaves have their travel papers.

And they are really happy!

doubt that, they are still slaves that haven’t risen up yet. then again been hearing of plenty of uprisings in Europe against the fear pandemic insanity.

The Telegraph,,, where the medical fraudsters lie and the media swear to it.

“The news came as the Government secured an additional 2 million doses of, which is due to be available early next year and has been shown in trials to be 95 per cent effective.”

How can they ‘show’ a 95% effective rate when they can’t even produce PROOF that the virus exists?

How do you make a vaccine using a gene sequence where only 37 pairs were guessed and then had a computer fill in the other 29,000 plus pairs. So we are to be be vaccinated against a virtual virus?

The WHO tries to bullshit us saying the virus was isolated on January 7 2020. Yet the same WHO states:

“The Wuhan scientists developed their genetic amplification assays from “sequence information” because there was no isolated, purified sample of the so called SARS-CoV-2virus”

And the CDC concurs! All admitted in their documentation. Yet the sheep continue braying.

I cannot believe the number of conspirators trying to call these concoctions a vaccine which is very likely going to do irreparable harm to the human specie. This is no difference than spraying Anthrax or some other poison saying it is good for you.

If people die, made infertile or are otherwise harmed these monsters need to be tried and hung just like they did at the Nuremberg trials,,, where “I didn’t knows” or “I was just following orders” didn’t relieve them of criminal doing.

Anyone volunteering to take Dr. Billy boy Gates vile potion #9 without doing even a little research deserves what they get… I only feel sorry for the children who will be sacrificed for the eugenics god.

Any link to your second quote “the wuhan scientists….” ? I don’t think I’ve ever read that. 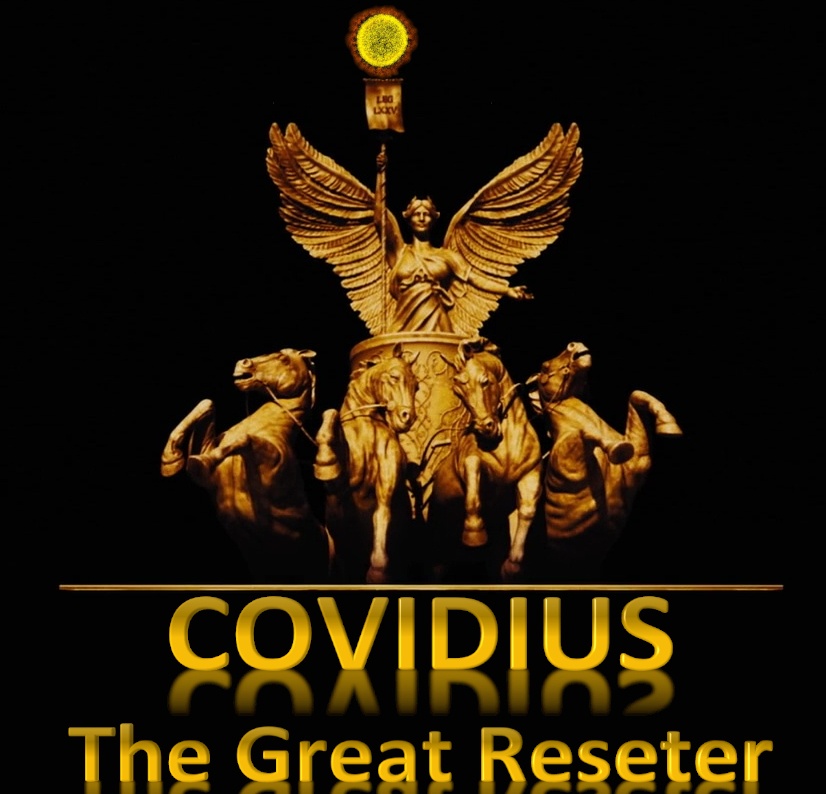 Coerced vaccinations to kill off the population. Just as predicted.

It’s hilarious because the jesters in office are pretending to be “the good guys” saying “NO LAW SHALL PASS FORCING MANDATORY COVIDIUS VACCINATION”, while they create the tools to enforce them at the same time…

After all the herd of modern moron slaves will do ANYTHING to keep consuming, travelling, taking selfies… After all, they “think”… “It’s just a another vaccine!”.