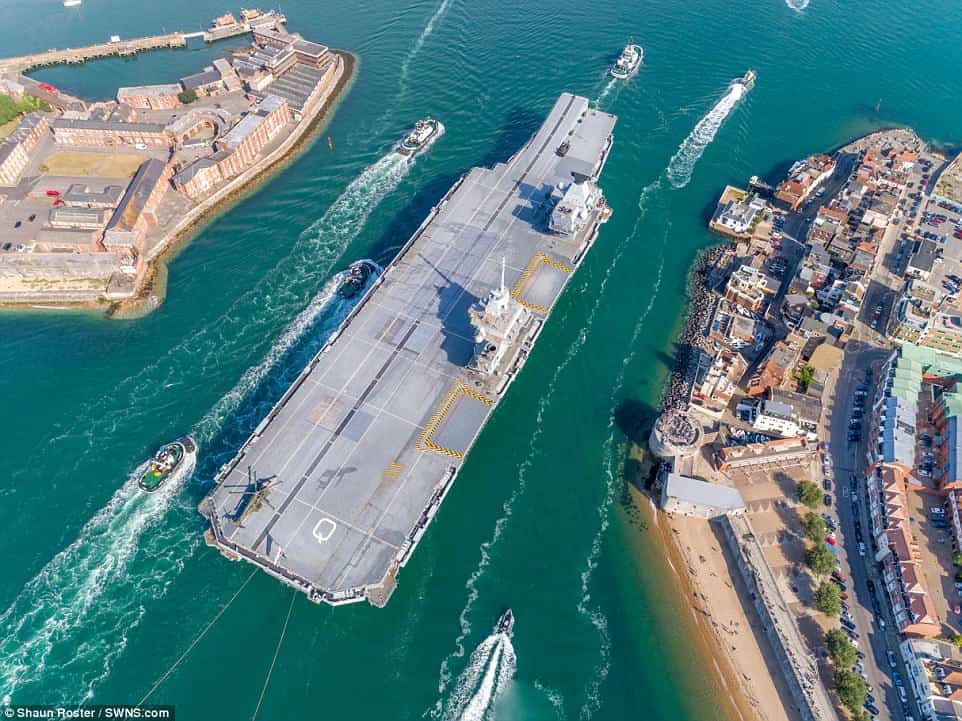 The Royal Navy’s flagship aircraft carrier will set out on its first operational mission with more US than British warplanes on board, under plans being examined by defence chiefs.

HMS Queen Elizabeth could deploy with as many as 20 US F-35 jets and just 16 UK F-35s under one scenario, defence sources told the Daily Mail.

The Ministry of Defence is expected to rely on US jets to fill a gap in numbers because it has been too slow to buy its own F-35s.

The final numbers for how many F-35s will deploy with the £3.2billion carrier next year have not yet been decided, but there will be a maximum of 36 on-board.

A defence source said: ‘US Marine Corps jets will make up the numbers – around 20.’ 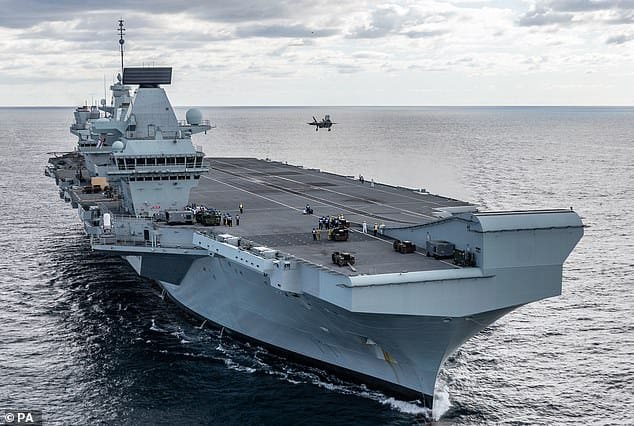 ‘Plans for the carrier to deploy with some US jets are longstanding, but it was not clear how many the UK would be relying on.

It comes as a major defence review takes place, with discussions on whether the UK should buy only half its target of 138 F-35s.

The UK has so far agreed to buy 48 by the end of 2025 for £9.1billion. But there are concerns that the Government is preparing to buy as few as 70 in to total.

Tobias Ellwood, chairman of the defence select committee, said the carrier must not be turned into a ‘multi-national’ ship and the MoD had to order more jets.

He said: ‘Are we setting a precedent which is then an excuse for Number 10 to cut numbers? We need an independent carrier strike capability – that is paramount.’

An MoD spokesman said: ‘British jets will always lead UK carrier deployments. Training with our US allies speeds up our ability to deploy operationally.’

The aircraft carrier is expected to set sail on its first deployment in May next year.

Yesterday departure of the ship from Portsmouth on training exercises was delayed for a second day in a row after sailors tested positive for Covid-19. It is due to sail today.

A MoD spokesman said ‘fewer than ten’ of the 1,000-strong crew had tested positive and had gone ashore.

Those who had contact with them will isolate on board. In April the ship had to delay sailing after two sailors tested positive.