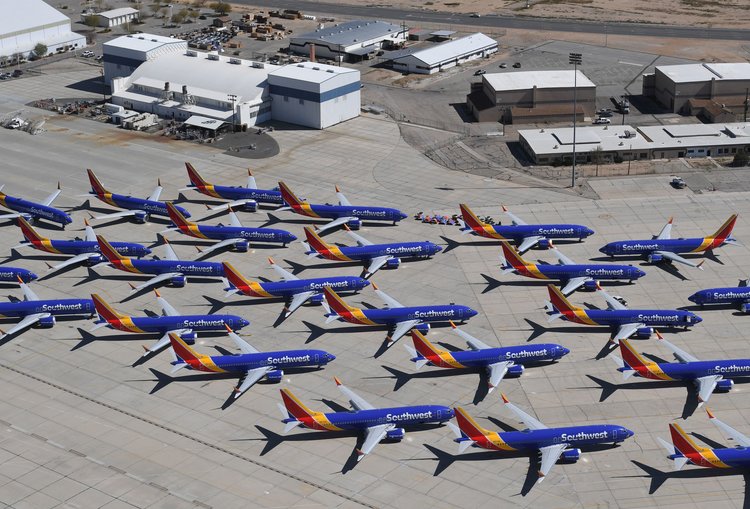 The fall out from the unprecedented grounding of Boeing’s 737 MAX planes keeps growing. The return of the planes to the sky will need to be delayed again and again.

The Wall Street Journal writes (also here) that the MAX is unlikely to be back in the air by the end of this year:

Fixing the Boeing Co. 737 MAX’s hazardous flight-control software and completing other steps to start carrying passengers is likely to stretch into 2020, an increasing number of government and industry officials say, even as the company strives to get its jet back into service still this year.

This confirms our previous reports which showed that several of the issues the regulators marked will require extensive fixes.

The issues the WSJ names as problematic are exactly the ones we highlighted:

in March, just as Boeing was slated to submit a long-awaited proposal with the goal of jump-starting the process, new questions arose about related software systems and emergency checklists, requiring weeks of additional intense evaluation.The topics included concerns about whether the average pilot has enough physical strength to manually crank a flight-control wheel in extreme emergencies.

In late June, Boeing and the FAA disclosed still another flight-control problem on the MAX, involving failure of a microprocessor that meant test pilots couldn’t counteract a potential misfire of MCAS as quickly as required.

Moon of Alabama earlier detailed the trim wheel problem and pointed out that it also effects the older 737 NG:

But the problems described above are 737 NG problems. The 380 or so existing 737 MAX are currently grounded. But some 7,000 737 NG fly about every day. The record provides that it is a relatively safe airplane. But a runaway stabilizer is a well known electrical malfunction that could by chance happen on any of those flights.

The changes from the 737 Classic to the 737 NG make it more difficult, if not impossible, for the pilots to recover from such a situation:

Simulator sessions demonstrate (video) that a runaway stabilizer incident on a 737 NG can no longer be overcome by the procedures that current Boeing manuals describe.

It is pure luck that no NG crash has yet been caused by a runaway stabilizer incident. It is quite astonishing that these issues only now become evident. The 737 NG was certified by the FAA in 1997. Why is the FAA only now looking into this?

The trim wheel problem can only be fixed by significant hardware changes.

The microprocessors in the 737 Flight Control Computers (FCC) apparently can become too busy to allow the pilot to execute some emergency procedures. The WSJ says that this problem also effects the older types of the plane:

Since the 737 MAX and its earlier version, called the 737 NG, share the same flight-control computer, fixes related to the microprocessor also apply to NG models, thousands of which remain in service around the world. Boeing also faces the task of convincing the FAA that a software fix, instead of physically replacing the suspect electronic component on all MAX planes, will suffice.

It is not clear to me that the WSJ has that right. The 737 MAX needs more computing power than the 737 NG because it has several additional features, not only the failed Maneuver Characteristics Augmentation System (MCAS), but also a new fly-by-wire system that controls the spoilers, surfaces on the wings that can be used as speed brakes.

There are several new automatism involved in the new spoiler control and they very likely cause some additional load on the FCC. While the trim wheel problem definitely also affects the NG, the computer load problem is therefore likely only a MAX issue. It is still a serious one as it may mean that the MAX needs new flight computers. As we wrote:

Programs written for flight control purposes are already highly optimized. To further optimize them ‘by hand’ would break the regulated process that production of such software requires.Boeing says that it can again fix the software to avoid the problem the FAA just found. It is doubtful that this will be possible. The software load is already right at the border, if not above the physical capabilities of the current flight control computers. The optimization potential of the software is likely minimal.

It is therefore not astonishing that the 57 year old head of Boeing’s 737 MAX program is leaving the company after only one year in his position. While Boeing claims the reason is a regular retirement, one doubts that this is really the case. The new MAX program manager previously led the group that develops Boeing’s new midsize airplane (NMA). The official announcement of that plane is already delayed. It may become a casualty of the MAX problems and the very significant costs they cause.

The MAX grounding is effecting all airlines. Delta Airline, which flies Airbus 320s as its single aisle plane, reported a record quarter, while Boeing-only customers like Iceland Air run into serious problems.

American Airlines and United Airlines just extended their MAX cancellations to November. That is likely not enough.

It may be that the MAX can be back in the air by January, it may delayed until March or even May. But we still don’t know the year.

The Saudi budget carrier Flyadeal canceled its order for 50 737 MAX and is now buying Airbus 320s. Others will follow that move.

To keep their fleets busy airlines employ typically some 12 to 18 pilots per airplane. With dozens of their planes grounded those airlines are now overstaffed while making less than the anticipated revenue:

Now, carriers are nervously eyeing the holiday season, when they will face a crush of travelers whose Thanksgiving and Christmas travel plans leave little wiggle room. United was supposed to have 30 MAXes in the coming months, up from 14. As a result it is cutting 2,900 flights in October — more than twice the number it has had to cull in July. American Airlines had 24 MAXes in its fleet at the time of the grounding — less than 3% of its total. But it was supposed to have 40 by the end of the year.At Southwest Airlines Co., Alan Kasher, vice president of flight operations, said in a message to employees Friday that the airline is “overstaffed,” with more pilots than it needs to operate a shrunken schedule stemming from the grounding of its 34 MAX jets. Some Southwest pilots have complained of lost earnings from fewer flying opportunities.

It is one reason why 400 pilots sue Boeing. This comes on top of dozens of other lawsuits the company has to cope with.

Boeing is still producing 42 MAXes per month. It will likely have to decrease that rate. Even if the plane is allowed back into the air it may take up to year before all the new build ones will fly. The customers will have difficulties to absorb the new planes:

Europe’s largest budget carrier needs up to eight months to take delivery of some 50 newly built planes left at the factory by the grounding crisis, so it may have to trim its capacity growth plans for summer 2020 if 737 MAX flights have not resumed by November, Chief Executive Michael O’Leary told Reuters.
…
Ryanair can take delivery of no more than six to eight planes a month because of the complexity of the delivery process and the availability of trained MAX pilots.

Ryanair also fears that customers will not want to fly on the MAX. It changed the visible designation of its new planes from its marketing name ‘737 MAX’ into its technical moniker ‘737-8200’. 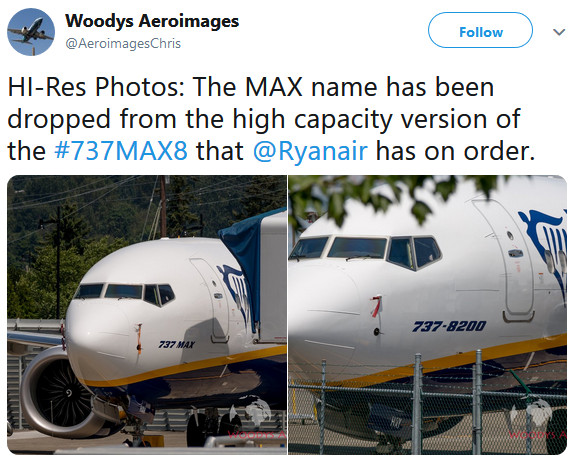 The 737 MAX delays puts Boeing under extreme pressure. This can be seen in the alarming tone in which its major lobbyist, Loren Thompson, argues for the company:

737 MAX isn’t just one of the jetliners in Boeing’s commercial product mix, it is the pivotal offering of the entire enterprise. Over 80% of the company’s order backlog is commercial airplanes, and four out of five of those commercial planes are 737s. The company’s latest 20-year forecast of demand for jetliners projects that 74% of the 44,000 commercial transports ordered worldwide over the next 20 years will be single-aisle aircraft, and 737 is the only single-aisle jetliner Boeing makes.
…
What is largely missing from coverage of the MAX crisis, though, is an explanation of how important Boeing’s sole single-aisle offering is to the company’s fortunes, to the nation’s trade balance, and to the fate of local economies in the U.S. Boeing manufactures all of its products in the U.S., so if it were to falter, the economic fallout would be extensive.

A constructive solution would be to fix the current airplane and to also create a new one. But that is likely not what Thompson has in mind. Congress pressure on the FAA and large subsidies for Boeing is what he is really aiming at. Congress should refrain from either.

That Boeing shareholders demanded larger profits was a main reason why the company created a 737 MAX kludge from the already old 737 NG. It should have built a clean sheet airplane as it originally planned to do. The shareholders made a lot of money when Boeing spent some $48 billion on share buy backs. It is only just that they now bleed to fix the issues their greed originally caused.