"For those who do not have a smartphone, Blair suggests that the venue could take a photo to check against a database of people who have been vaccinated" 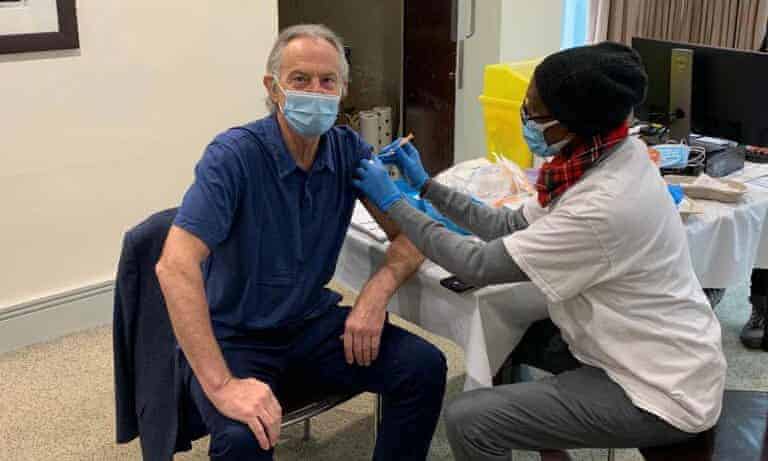 Tony Blair is back. And so is everything that he entails. Including, among his many qualities, his characteristic disregard for our civil liberties. Perhaps inspired by the failure of his Labour government to introduce national identity cards, Britain’s most successful living former prime minister has turned his attention to domestic vaccine passports. From the War on Terror to Covid, Blair has rarely been one to miss the opportunity to suggest that the solution to what people fear most at any given moment is more state power.

Having met Blair and his team several times to discuss how to address jihadist terrorism, I understood their temptation to veer towards safety and security over life and liberty. But the truth remains that those who trade liberty for security invariably end up with neither. Sadly, many of the debates we had then about how to balance our safety with our freedoms are resurfacing now in the name of beating Covid. But it is not as if we haven’t been down this route before.

During my years spent largely unsuccessfully lobbying successive governments on extremism policy, I met Blair, Brown and Cameron. My work was mainly informed by my own survival of the War on Terror-era encroachments against liberty. I believed I was granted such audiences precisely because I had survived the human rights abuses of that decade only to emerge as a critic of my own former Islamist dogma, while advocating the universality of human rights.

In 2002, during my time as a Prisoner of Conscience in Egypt, I witnessed British and other detainees tortured in the name of the War on Terror. I do not know of any UK involvement in my own treatment, but my experience did inform my desire to work for an end to British complicity in such abuse anywhere in the world. Blair’s Labour government was in fact implicated in the “extraordinary rendition” of suspects to third countries, where they were tortured for intelligence. When this practice was eventually investigated, Parliament’s Intelligence and Security Committee went so far as to say that “British agencies continued to supply intelligence to allies despite knowing or suspecting abuse in more than 200 cases”.

It was also Blair’s government that criminalised the right to silence at British ports. Thanks to Schedule 7 of the Terrorism Act 2000, to this day any person may be detained and questioned, with no need for reasonable grounds. It remains a criminal offence not to answer questions during such an interrogation. These laws were originally intended for Irish Republicans, and came to be used largely for jihadist terrorism — but typical of government mission creep, they were eventually applied to obstruct controversial journalism. The most publicised example of this occurred in 2013, when Glen Greenwald’s partner David Miranda was detained under these powers at Heathrow airport for nine hours.

It took New Labour’s successors, a Conservative-led government, to soften these Schedule 7 powers by including a reduction in the maximum period of detainment from nine hours to six, extending the rights to consult privately with a solicitor and to have a person informed of the detention, as well as the repeal of power to take a DNA sample. Staying silent, however, remains a criminal offence.

In 2006, upon my return from Egyptian prison, I too was detained and interrogated at Heathrow airport under Schedule 7. My DNA was taken from me by law. This is why, during my work around challenging Islamist extremism, I sought to use the limited platform that I had gained to challenge these powers and advised their repeal.

Sadly, civil liberties were not a priority for Blair. He tried and failed to introduce national identity cards, even insisting that the scheme should go ahead as a question of “modernity”. Blair also tried to extend the detention of terror suspects without charge for 90 days, the amount of time it took the Egyptian regime to charge me, after placing us in solitary confinement once they removed us from their torture dungeons. After being defeated by Labour backbenchers and the Tory opposition, Labour still managed to secure 28-day detention for suspects, which remains the longest period of pre-charge detention of any common law country.

I have always maintained that the answer to extremist speech is counter-speech, not proscription. In fact, PM Gordon Brown cited my views as a reason, when challenged by the then leader of the opposition, David Cameron, why certain extremist but non-terrorist groups had not been banned. Blair, more recently, co-signed a letter along with David Cameron and religious leaders from the three Abrahamic faiths asking for the taking down of extremist speech online, the argument being that it creates a “climate conducive to terrorism, hate crime and violence”. I fear the lines here are in danger of becoming increasingly blurred.

But Tony Blair’s biggest error committed in the name of “keeping us all safe” is one that requires no further elaboration. His decision to invade Iraq under the guise of “national security” and finding weapons of mass destruction will probably remain one of his biggest policy failures. That it was committed during a global emergency with bipartisan consensus should serve as a sobering lesson for all during today’s emergency and its increasingly dogmatic Covid consensus.

Having failed at securing national identity cards, Blair has seen an opportunity with our understandable fear for our health. He now asks us to surrender our civil liberties “for the common good” by advocating for the introduction of digital domestic vaccine passports on our smartphones. The idea is that we would scan them for entry to bars, theatres, restaurants and so forth. For those who do not have a smartphone, Blair suggests that the venue could take a photo to check against a database of people who have been vaccinated. I am less animated here about such passports for international travel, since such things already exist to deal with illnesses like yellow fever, but implementing these measures domestically is an unsettling prospect.

I have been injected against my will, while in jail in Egypt. To this day I do not know what they put inside my body. Any sort of state coercion on the issue — up to and including compulsory vaccination — fills me with horror. Indeed, Article 6 of the Universal Declaration on Bioethics and Human Rights concerns “consent”, and states (my emphasis): “Any preventive, diagnostic and therapeutic medical intervention is only to be carried out with the prior, free and informed consent of the person concerned, based on adequate information. The consent should, where appropriate, be express and may be withdrawn by the person concerned at any time and for any reason without disadvantage or prejudice.”

As well as the core human rights questions involved in Blair’s suggestion to make digital vaccine passports a condition of reentry into everyday life, there is also the prevailing issue of minority mistrust. In the UK white people are more than twice as likely to have been vaccinated as black people the same age, and three times as likely as people from mixed ethnic backgrounds. There are a number of reasons for low minority uptake, but among Asians one must surely be the medical malpractice carried out during the War on Terror. As most Pakistanis know, in 2012 the CIA used a fake Hepatitis B children’s mass vaccination programme, reportedly to illegally collect DNA for intelligence purposes in the hunt for Bin Laden. Such was the outrage that the discovery of this fake vaccine programme provoked an alliance of 200 US aid groups to write to the then head of the CIA David Petraeus in protest, linking the agency’s behaviour to the ongoing polio crisis in Pakistan.

But the legacy of this fake vaccine campaign in Pakistan has understandably not been easy to overcome, and trust in public health officials and programmes has been irreversibly eroded. The Taliban promptly issued a fatwa against vaccination. The country’s polio cases among children have not recovered since. Sadly but predictably, the CIA’s actions in Pakistan formed the core justification for an armed backlash against immunisation workers, leading to 56 deaths between December 2012 and May 2014. To this day, local leaders believe that vaccination drives are Western spying programmes.

But Tony Blair’s advocacy here appears blind to any understandable concern around abuse and discrimination. The spectre of non-vaccinated minorities being turned away from shops is not one that any government should willingly embrace. And so, just as during the War on Terror we all did our bit while remaining critical of government overreach, I believe it is our duty now not to simply surrender before every encroachment being suggested.