The the were supposed to parade together in the Imperial Capital 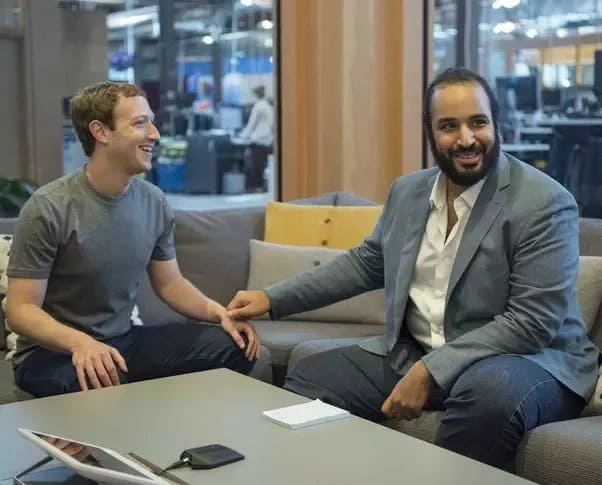 The Crown Prince of Saudi Arabia, Mohammed bin Salman, pulled out of a planned visit to Washington DC next week to meet the Israeli Prime Minister Benjamin Netanyahu after he feared that the news had leaked and that his presence in the US capital would become a “nightmare”.

It had not yet been agreed whether the meeting between the crown prince and Netanyahu would have been recorded and then announced or conducted live in front of the cameras.

But those pushing for it to happen, which included US President Donald Trump and his son-in-law and adviser Jared Kushner, see the prospect of a handshake between the men as a way to relaunch Mohammed bin Salman’s image as a young Arab peacemaker and shore up regional support for the US-brokered deal between the United Arab Emirates and Israel.

In the ensuing statement, the crown prince would have stopped short of announcing recognition of Israel, but the meeting itself would have been the strongest hint that the kingdom was also on a path towards normalising relations.

A date for the visit had been agreed and a protocol team had already been dispatched.

He would have arrived on 31 August after the end of the Republican Convention. It would have been his first visit to the US since March 2018 when he stayed for around three weeks in a big PR exercise.

Not wanting to stay either in the Saudi embassy nor the ambassador’s residence, known locations which would have attracted demonstrations, four houses had been purchased at a secret location just for his stay, MEE was told.

The plan fell apart on Saturday when the crown prince received reports that the visit had been leaked. His bottom-line condition with the White House was that the visit should go ahead in total secrecy and that his presence in the capital would only be known once the event itself was taking place.

Trump and Kushner had desperately wanted this visit to take place. Within hours of its cancellation, Trump had dispatched both US Secretary of State Mike Pompeo and Kushner to the Middle East to drum up regional support for the UAE’s pact with Israel.

A day before the UAE cancelled a planned meeting of the US Ambassador Kelly Craft and her Israeli counterpart on Friday over Netanyahu’s veto over the planned sale of F-35 fighters to Abu Dhabi. 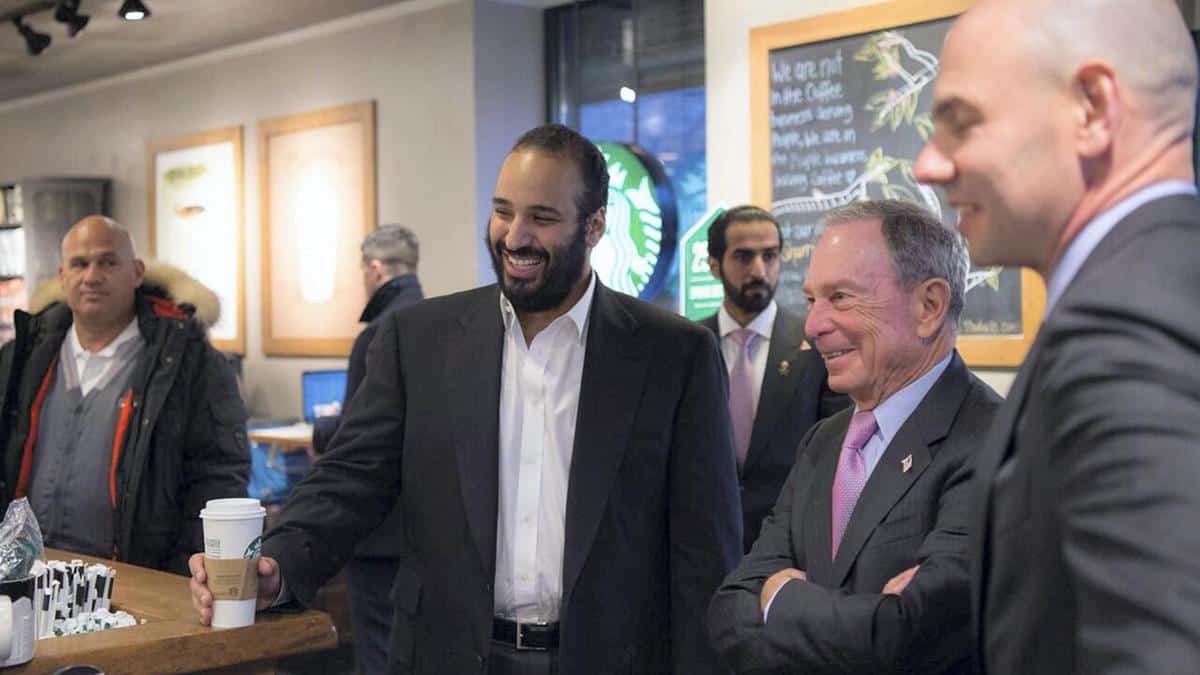 The UAE’s announcement of recognition did not get the backing from other Arab states that Kushner and Netanyahu had expected. Instead there has been a steadily growing backlash across the region, including in Bahrain and Sudan which had initially welcomed the deal.

Nonetheless, Kushner told CNBC: “I do think that we have other countries that are very interested in moving forward to establish diplomatic relations with Israel.

“And then, as that progresses, I do think it is an inevitability that Saudi Arabia and Israel will have fully normalised relations and they will be able to do a lot of great things together.”

Saudi Arabia’s mooted endorsement of the deal had been seen as a turning point by those promoting it.

“MBS was going to Washington on 31 August. It was fixed. It was meant to be to do something big related to Israel. What exactly was still under discussion,” a top Saudi source briefed about the plans told Middle East Eye.

Speaking on condition of confidentiality he said: “The meeting itself with Netanyahu would either have been private or in front of the cameras. Either way it was meant to be a big thing. It was not expected to be full announcement of normalisation of relations, but giving a hint he is going in that direction.”

Other announcements were expected to be timed to coincide with the crown prince’s presence in the capital, possibly from Bahrain, in order to project an impression of an influential young leader set on change.

The idea of a peace-making handshake with an Israeli leader in the style of Egyptian President Anwar Sadat’s meeting with Israeli Prime Minister Menachim Begin at the US presidential residence at Camp David in 1978, has long been seen by Mohammed bin Salman as a way of burnishing his credentials.

In the aftermath of the murder of Khashoggi in October 2018, the crown prince asked a task force set up to deal with the fallout from the killing to consider whether a handshake could be used to counter negative coverage of his rule in Washington.

But the initiative for the handshake on this occasion came from the US side, according to the Saudi source.

“MBS agreed to it because Trump and Kushner were pushing for it. MBS needs Trump to win. Trump allowed him to become crown prince by agreeing that his elder cousin [Mohammed bin Nayef] could be deposed. Trump gave him legitimacy, and then much needed political cover for all the other things that happened: Khashoggi’s killing, imprisoning his cousins in the Ritz-Carlton, the siege of Qatar. The signals coming out of the Democrats for MBS are not encouraging,” he said.

“However the Crown Prince had one condition: that the visit be kept secret until he was in Washington. His advisers told him that if the visit were leaked, the CIA, Congress, journalists, campaigners for Khashoggi and lawyers for Jabri would all have time to launch a massive negative campaign against him and his presence in Washington would become a nightmare.

“MBS was calculating that if he suddenly appears with Netanyahu the big event would be enough to relaunch his image as a peacemaker,” the source said. 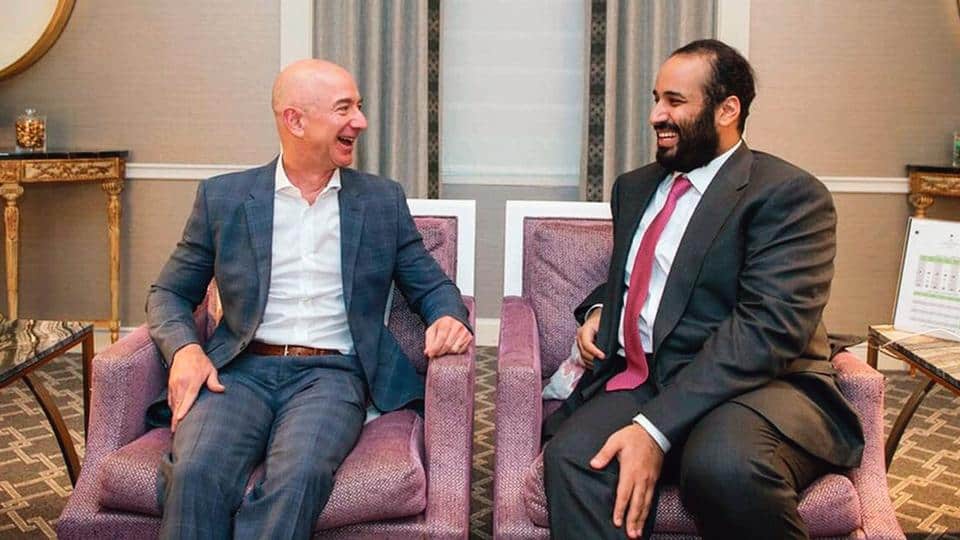 The camp of caution

Opinion among the Saudi royal establishment about the wisdom of this plan was by no means unanimous. There was a large camp who advised the prince to delay.

They pointed out to the crown prince that Trump was doing badly in the polls and a high-profile visit to Washington at this stage could backfire if Trump failed to secure a second term.

If the Democrat nominee Joe Biden won, they argued, the visit could be used as a carrot to the new president, a staunch supporter of Israel, to temper his criticism of the prince.

They also reminded the prince of the example of Jimmy Carter, who brokered the Camp David peace accords between Egypt and Israel in 1978, only to lose the 1980 election.

The Arab rejection of normalisation with Israel has grown since the surprise deal was announced 10 days ago.

The first problem arose when it emerged that Mohammed bin Zayed, the Crown Prince of Abu Dhabi, did not get annexation taken off the table by Israel as he had expected. Netanyahu vowed to go ahead with it, and called the deal a freeze. This has now led to bigger demands from Saudi Arabia if the kingdom is to consider going down the same path.

Senior Saudi princes have already distanced themselves publicly from the UAE deal.

In a column published in Asharq Al-Awsat on Friday, Turki al-Faisal defended the UAE’s decision to strike a diplomatic deal with Israel, but suggested that Riyadh was not notified of the agreement ahead of its announcement last week.

“The United Arab Emirates surprised us by agreeing to a deal with the United States and Israel,” Prince Turki wrote. But he added that Abu Dhabi had the right to make sovereign decisions that it sees as beneficial for its people.

But he went on to rule out normalising relations with Israel before the establishment of a Palestinian state with Jerusalem as its capital.

Another important Saudi voice said that Netanyahu had so far got more from the deal than the Arabs had.

Khalid Al Dakheel, a prominent Saudi political sociologist, writer and commentator tweeted: “It would seem that the United Arab Emirates wanted to give Trump an election card. Netanyahu suspended the annexation but did not end it. He did so previously under European and American pressures, and due to Arab rejection.

“Consequently, he has obtained new Arab normalisation in exchange for nothing. The UAE gain will become clearer after 3 November. And so will be Trump’s gain. The winner so far is Netanyahu. Apart from that, time will tell.”

Hostility to the deal in the Gulf has been evident on social media, despite active Emirati and Saudi efforts to control and counter online criticism, with “Normalisation is treason” and “Gulf peoples against normalisation” both trending as hashtags.

Hours before Pompeo was due to arrive in Sudan on Tuesday, the influential Forces for Freedom and Change (FFC) coalition said that the issue of normalisation with “Israel” was not one of the issues that the transitional government would decide on.

Haidar al-Safi, a leading member of the Forces for Freedom and Change (FFC) coalition which backs Sudan’s transitional government, earlier told MEE that normalisation is a national issue that has to be addressed carefully and after wide consultations with grassroots movements.

“I think we have to live in peace with all our neighbours, including Israel, but this issue has to be put on the table of the constitutional conference that would be attended by the majority of Sudanese to decide,” he argued.