Big Business Is Swallowing the World, Thanks to Lockdowns and Bailouts

Small businesses have been destroyed, but corporations are flush with bailout cash 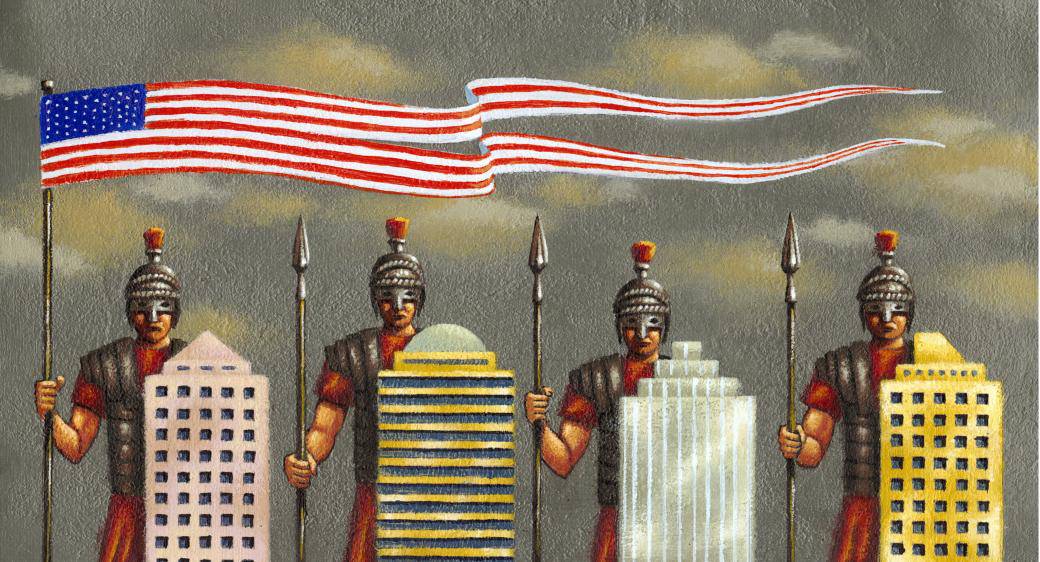 The next six months could witness one of the biggest consolidations of corporate power in the United States in almost a century, yet a variety of legal and economic factors may leave the federal government unable to stop it. [LOL. The government is who made it happen.]

The essence of the problem is that during the extended economic crisis created by the coronavirus pandemic [lockdown], many large companies — and especially their stock market values — have been growing rapidly while their small business competitors have faced something of an apocalypse. More than 400,000 small businesses have already closed and millions more are at risk.

Indeed, the death of these competitors may be part of why the stock market is up so much from its low point in March. Whether the sector is technology, home building, pharmaceuticals or telecommunications, investors seem thrilled with the prospect that big companies will eventually see an expansion of demand but not face as much competition. The stock market’s growth has been disproportionately concentrated among the biggest publicly traded firms.

Concentration of power in a small number of big companies is not, itself, new. Corporate concentration has grown significantly in recent years, bringing with it increased corporate profits and a falling share of income going to workers, researchers have shown. In addition, corporate capital investment has slowed and so has the rate of new business formation.

Scholars have debated why all of this has happened — new technology, the decline of worker bargaining power and the failure of antitrust authorities are all said to be causes — but the facts themselves are stark.

Nor is it news that high equity values fuel corporate acquisitions or that large companies like to snap up small ones. The economists Colleen Cunningham of London Business School, and Florian Ederer and Song Ma of Yale have shown that bigger companies engage in “killer acquisitions” buying innovative competitors to prevent them from becoming major threats. My colleague Thomas Wollmann at the University of Chicago, in work that includes the perfectly titled “How to Get Away With Merger,” has shown how health care companies try to keep such consolidations below the radar screen of regulators.

What is unusual at this moment is the extreme divergence in the health of different types of companies: Many of the biggest are flush with money, while smaller competitors have never been in more precarious shape.

The Federal Reserve’s Flow of Funds latest data (from the first quarter of 2020) shows that at the outset of the pandemic, nonfinancial businesses were sitting on an eye-popping $4.1 trillion of cash — the largest hoard ever. These companies also received huge tax reductions in the Tax Cut and Jobs Act of 2017, including incentives to acquire other firms. Then, earlier this year, the Coronavirus Aid, Relief and Economic Security (or CARES) Act, aimed at rescuing the economy from the ravages of the [lockdown] coronavirus, empowered the Federal Reserve to provide up to $5 trillion in subsidized loans for large businesses.

Given such enormous resources, many corporate giants are in great shape, but the rescue money for firms without access to public capital markets ran out at the end of July, and the prospects for many small businesses are bleak.

What’s needed to prevent rich companies from engaging in a mass gobbling up of small competitors is for [an end to COVID shutdowns] government antitrust authorities to become more muscular. On the surface, this seems easy to accomplish. After all, either the Justice Department or the Federal Trade Commission must pass a judgment that any merger will not reduce competition for it to go through.

As Congress and the president consider additional relief measures for small businesses, they should remember that there’s much more at stake than the number of jobs next month.

The largest downturn in 90 years threatens to fundamentally change the competitive balance in scores of industries for decades to come.

That might garner a hearty cheer from investors (because who doesn’t love a good, profitable monopoly?). But riches for shareholders would come because the government didn’t stop big companies, which would no longer fear competition, from squeezing more out of millions of consumers.