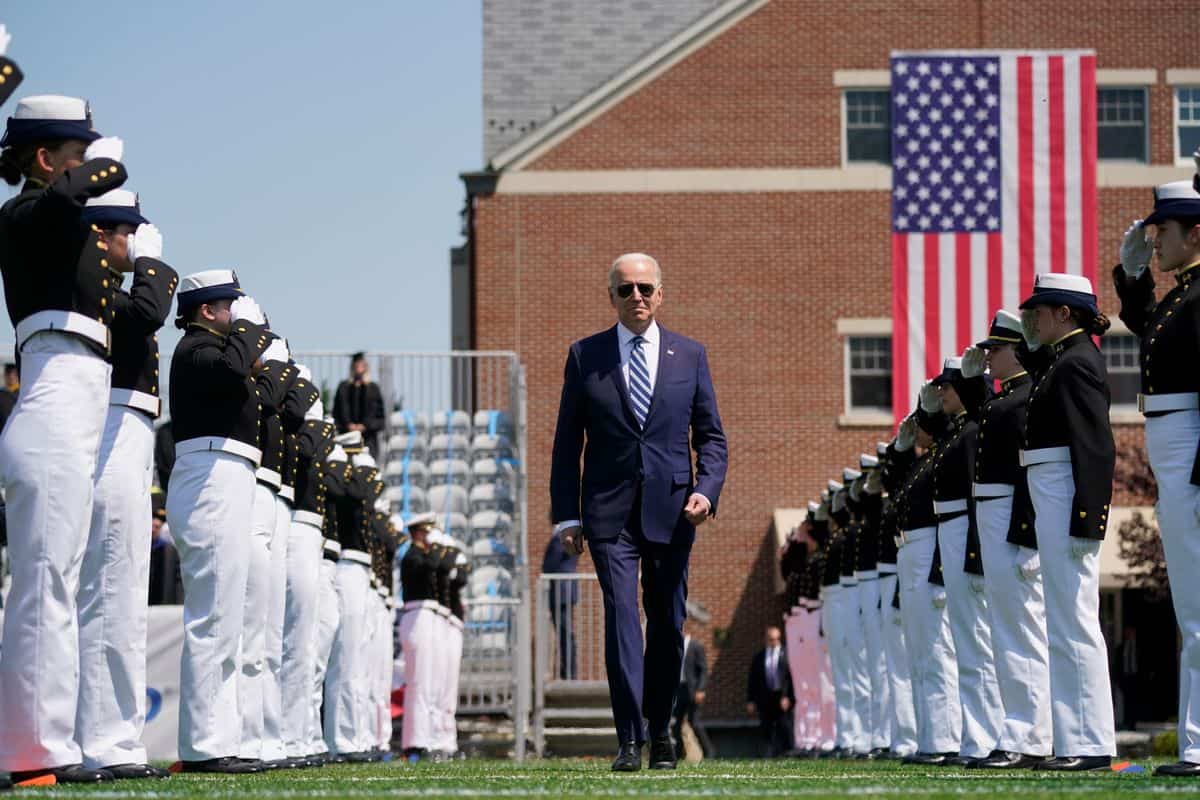 On Wednesday, President Biden told a graduating class at the US Coast Guard Academy in New London, Connecticut, that the military service will play a significant role in Washington’s global competition with Russia and China.

Biden accused Moscow and Beijing of violating international maritime rules and norms, a common talking point coming out of his administration. “As you know, increasingly, we’re seeing those rules challenged, both by the rapid advance of technology and the disruptive actions of nations like China and Russia,” he said.

Biden has framed the US relationship with China as an ideological battle between “democracy” and “autocracy,” something he echoed in Wednesday’s speech. He said the US should “set the norms of conduct, to shape them around democratic values, not those of autocrats.”

The US Coast Guard has been deployed to the western Pacific to challenge Beijing and recently signed a deal to boost cooperation with Taiwan’s Coast Guard. “Our new agreement for the Coast Guard to partner with Taiwan will help ensure that we’re positioned to better respond to shared threats in the region,” Biden said.

Biden told the class that the Coast Guard will challenge countries all over the globe whether it’s in “the South China Sea, the Arabian Gulf, and, increasingly, the Arctic.” The US Coast Guard is currently expanding its base in Seattle where it plans to house three new icebreakers to increase its Arctic capabilities.

The Coast Guard was recently involved in provocations near Iran’s coast. Last week, the Pentagon said a Coast Guard cutter fired warning shots at Iranian boats in the Strait of Hormuz.

The Coast Guard has also been deployed to stoke tensions with Russia. At the height of recent tensions between Russia and Ukraine, the US deployed a Coast Guard cutter to the Black Sea.

President Biden’s speech is just another example to show that US foreign policy is shifting gears to focus on so-called “great power competition” with Russia and China. In his first address to Congress last month, Biden said the US was in competition with Beijing to “win the 21st century.”