"That’s not going to happen on my watch, because United States is going to continue to grow and expand.” 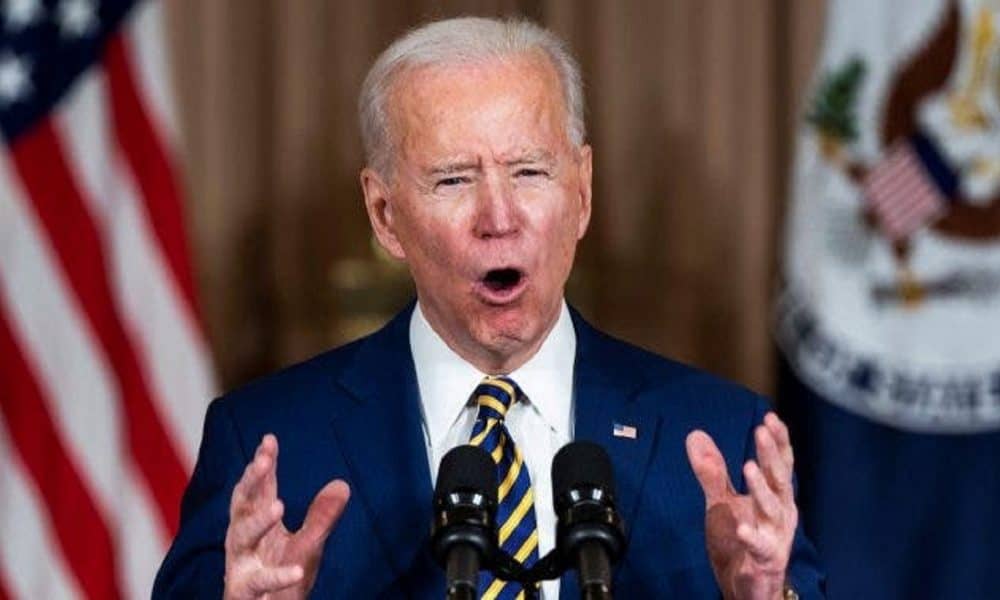 President Biden vowed that he would not allow China to become the world’s “leading” country during his first press conference on Thursday. His comments come as US-China tensions are soaring, and the two countries’ relationship is at its lowest point in decades.

President Biden spoke of his relationship with Chinese President Xi Jinping, who Biden got to know while both leaders were serving as vice presidents. “I spent hours upon hours with him alone with an interpreter,” Biden said. “He is very, very straightforward. Doesn’t have a democratic — with a small ‘D’ — bone in his body.” [Says the mail fraud coup guy.]

Using Cold War-style language, Biden framed the situation on the world stage as a battle between democracy and autocracy, and compared Xi to Russian President Vladimir Putin. “He’s one of the guys, like Putin, who thinks that autocracy is the wave of the future and democracy can’t function in an ever — an ever-complex world,” he said.

“I predict to you, your children or grandchildren are going to be doing their doctoral thesis on the issue of who succeeded: autocracy or democracy? Because that is what is at stake, not just with China,” Biden told reporters.

While he’s taking a similar approach to China as President Trump, the Biden administration has been able to rally its European allies to take action against China. On Monday, the US, EU, UK, and Canada all announced sanctions on Chinese officials over alleged human rights abuses in Xinjiang.

Secretary of State Antony Blinken called on the US’s European and NATO Allies to unite against Beijing in Brussels on Wednesday. The common talking point coming for US officials is that China threatens the US-led “rules-based order,” which means Washington sees Beijing as a threat to US global hegemony, something Biden made clear at his press conference.