Biden Reverses Himself on Making Masks Compulsory at Federal Level, Admits It Would Be Unconstitutional

Not to say idiotic? 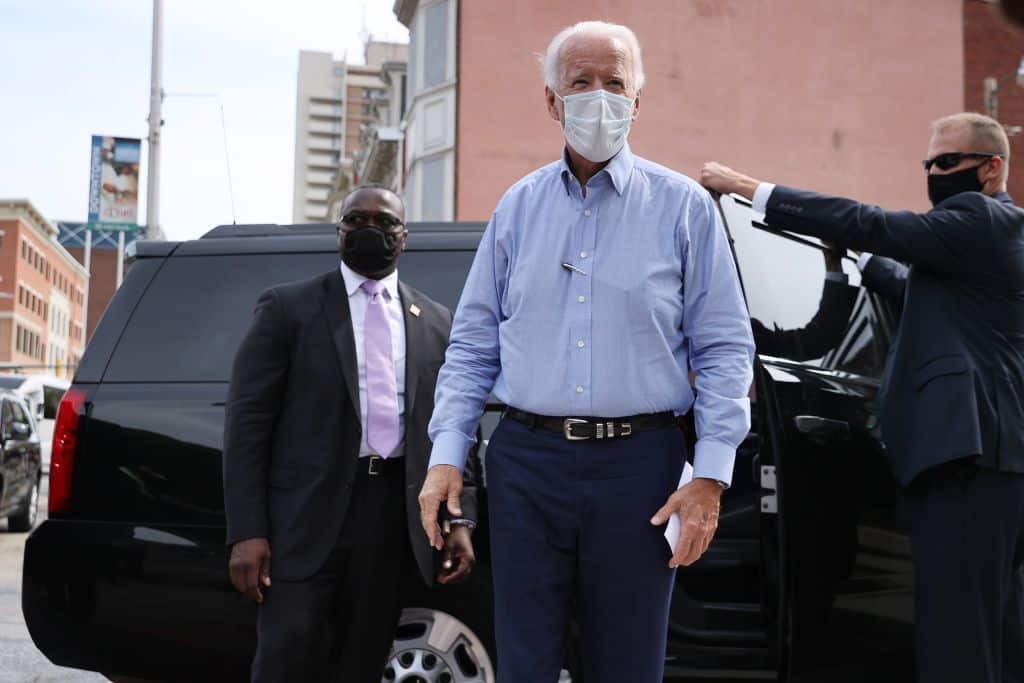 Democratic presidential nominee Joe Biden declared on Aug. 13 that he would call for a nationwide face mask mandate. “Every single American should be wearing a mask when they’re outside for the next three months, at a minimum,” Biden said in August. “Let’s institute a mask mandate nationwide starting immediately, and we will save lives.”

Biden’s running mate, Sen. Kamala Harris (D-Calif.), eagerly approved of Biden’s mask mandate. “That’s what real leadership looks like,” Harris said on the same day. “We just witnessed real leadership. Which is Joe Biden said that as a nation, we should all be wearing a mask for the next three months, because it will save lives.”

During Biden’s acceptance speech on the final night of the 2020 Democratic National Convention, he firmly declared that he would implement a national mask mandate if elected president.

However, Biden walked back his national mask mandate on Sunday, admitting that it would probably be unconstitutional.

Dennis Welch, political editor of the Arizona’s Family publication and host of “Politics Unplugged,” asked Biden about instituting a stronger federal response to the coronavirus pandemic, such as a national mask mandate.

“But I’d plead with…I carry my mask with me wherever I go,” the former vice president said. “I’d set an example.”

“It’s about making sure the public is safe and secure, and that is a local decision, but there should be national standards laid out as to how it should be gone about,” Biden said in the interview. “You can’t mandate that. But to set the example on what need to be done.”

Biden now says a national mask mandate is probably unconstitutional and he wouldn’t do it.

This is a full 180-degree reversal. pic.twitter.com/cSxo6Q5LCD

“It’s really a standard. C’mon, nobody’s going to be punished,” Harris said during an interview on NBC’s “Today” show. She added that wearing a face mask is “a sacrifice we have to make.”

During the “Politics Unplugged” interview released on Saturday, Biden was also asked when he would visit Arizona; a valid question since the former vice president has been accused of using a “basement strategy” to avoid overexposure and gaffes.

“I hope to be there, but I’m going to do it responsibly,” Biden said. “I’m not going to do what the president does.”

“I’ve said, ‘I will set an example.’ And I will show up and make sure that I am setting the example of the way in which we should deal with this coronavirus…social distancing and the like… and we’re gonna be doing a lot of that from now through the election,” Biden continued. “But I’m gonna listen to what the scientists and the docs tell me.”

On “Pat Gray Unleashed,” the guys discuss how a federal mask mandate would be unconstitutional.