“I can’t believe we had so many killers in our midst. To think we thought they were heroes!” 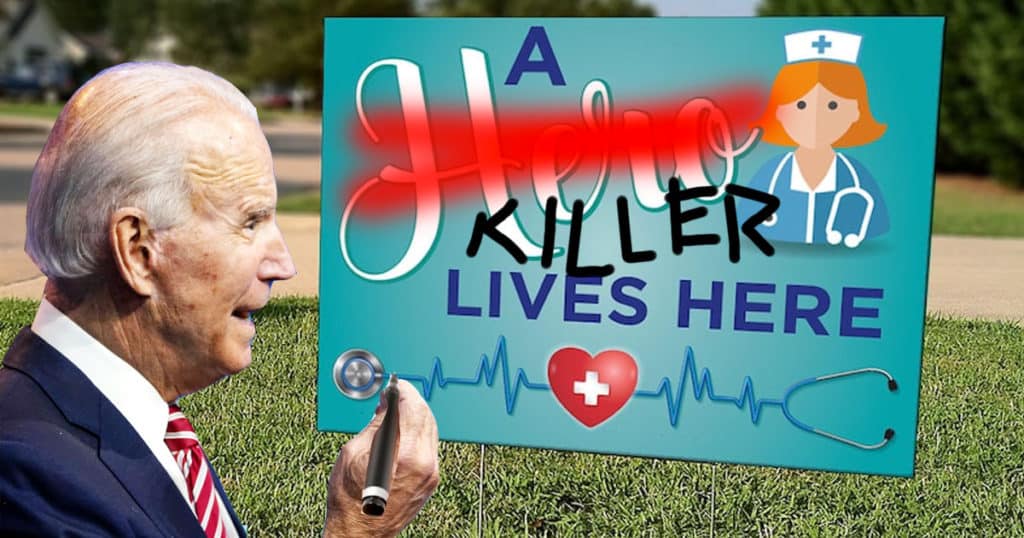 President* Joe Biden was seen correcting the yard signs of several homes of nurses in his Delaware neighborhood from “A Hero Lives Here” to “A Killer Lives Here”. Biden said the change is necessary since the nurses refused to take the COVID vaccine after over a year on the front line.

“These people were heroes for facing the pandemic head first without a vaccine for over a year and a half but now they are killers because they won’t take the vaccine that likely won’t help,” Biden said.

Health care workers across the country are being forced to choose between being a hero or being a killer and many are choosing the latter.

“They’re no longer heroes. In fact, we are also revoking all the praise and adoration we gave to them before when they saved millions of lives last year. They have never been heroes,” Biden said.

Some hospital administration have voiced their concerns over having employed so many killers.

“I can’t believe we had so many killers in our midst. To think we thought they were heroes!” Houston Methodist Hospital CEO, Frank Chitferbranz said.

Chitferbranz is also wondering where all his staff is after he fired them for being killers.