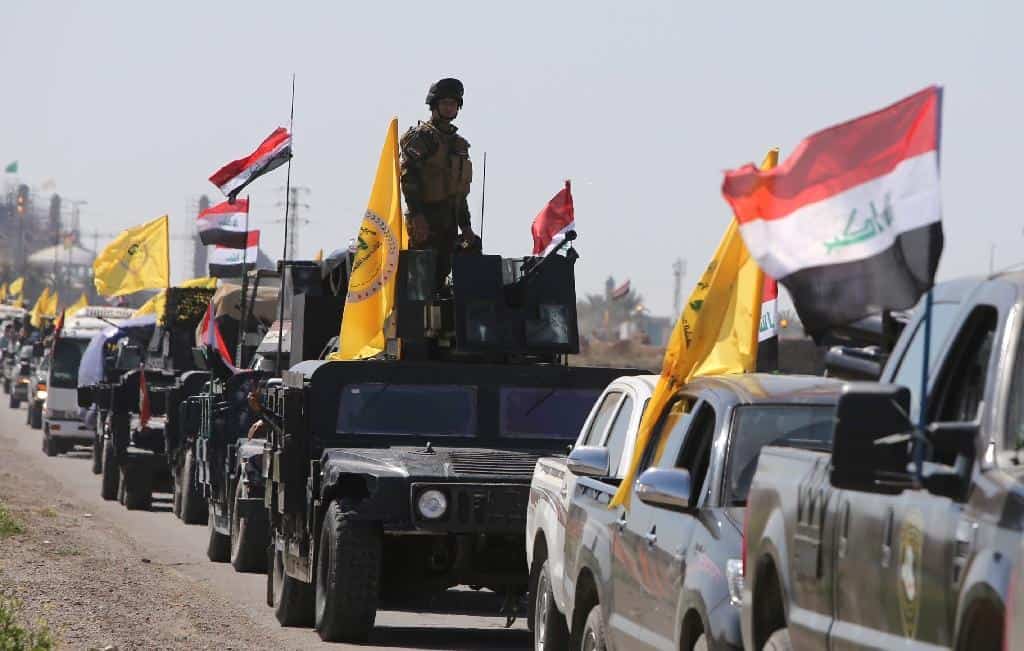 The Pentagon has issued a statement Sunday reporting that they have carried out a round of airstrikes against the border area between Iraq and Syria. The attacks targeted the Iraqi Shi’ite militia Ketaib Hezbollah. [Which is a salaried part of the Iraqi Armed Forces under the Ministry of the Interior.]

This is not the first time the US has attacked this militia. Indeed, the US regularly hits them, and provokes retaliation from the militia. [Ie, parts of the American and the Iraqi state are at war with the other. Except in other cases when it’s ISIS targeting the Americans but the US blames it on Ketaib Hezbollah.] The statement said this attack was meant to retaliate for recent militia drone strikes against US targets.

The Ketaib Hezbollah militia has established itself around this border area to resist ISIS and to support the Syrian government in its own fights against ISIS on the other side of the border. In both cases, the US is hostile, and in both cases, the US has tried to brand the group as “pro-Iran.”

The US statement reported two sites were targeted inside Syria, and one site inside Iraq. It is not clear what damage was done in these attacks, and similarly did not address the possibility of casualties in the attacks.

Instead, the statement simply insisted that the US attack was a legitimate attack of self-defense and sends an “unambiguous deterrent message.” Historically, this has not been successful, and has just been part of years of tit-for-tat escalations with the militias.