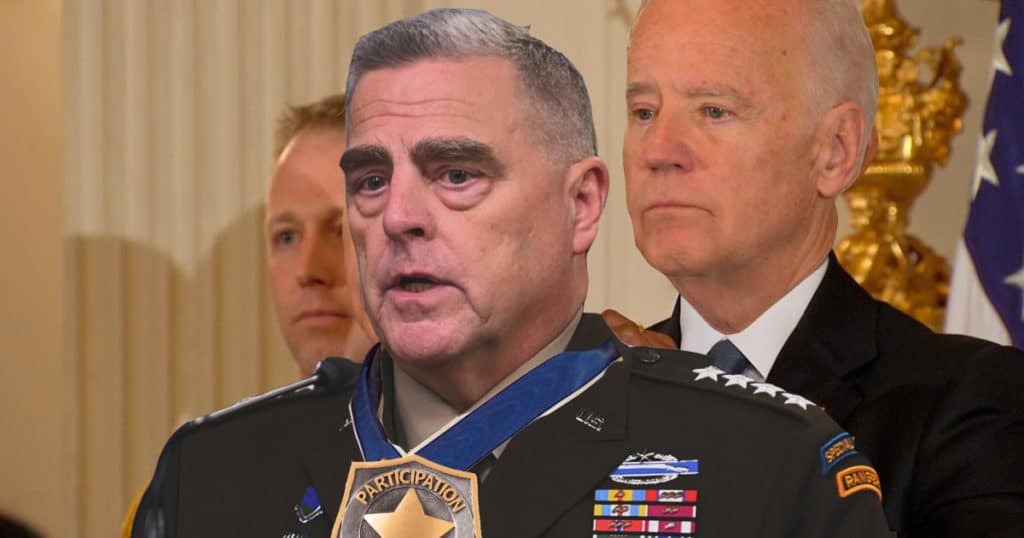 In an effort to spin the disastrous Afghanistan situation, US President* Joe Biden awarded Chairman of the Joint Chiefs of Staff General Mark Milley the prestigious presidential participation trophy.

“This is an honor beyond belief,” Milley said wiping some teary mascara away from his eyes. “I’m 100 times more decorated than Patton, but this trophy is probably the most meaningful for me.”

Milley was heavily criticized for his role in planning the withdrawal of American troops from Afghanistan. Following the withdrawal, the Taliban began its campaign to overthrow the Afghanistan government in Kabul. The city was ultimately besieged by the Taliban and fell to their control on August 15, 2021, resulting in mass panic among Afghan citizens and some mostly peaceful beheadings and rapes.

Thousands of Afghan citizens surged into Kabul Airport in a desperate attempt to leave the city, with some even attempting to grab on to a military transport as it took off, falling to their deaths minutes later. Milley later denied knowing about the imminent fall of Kabul or having seen intelligence indicating the position of the Taliban to be stronger than believed.

As a result of Milley’s execution of the withdrawal, Biden said he immediately needed to lift his self-esteem.

6 Comments
Leave A Reply
Cancel Reply
Telegram Group
AE has a supporting readers Telegram group where we hang out and exchange leads and takes. If you have ever donated to AE drop me a line on email and I'll send you the link to join.
Anti-Bellum
Antiwar.com
Brownstone Institute
Edward Slavsquat
Fourth World
Swiss Policy Research
The New Kremlin Stooge
Read the rules before you think about leaving a message
Anti-Empire