Bernie Madoff Could Have Been Fed Chair or Treasury Secretary 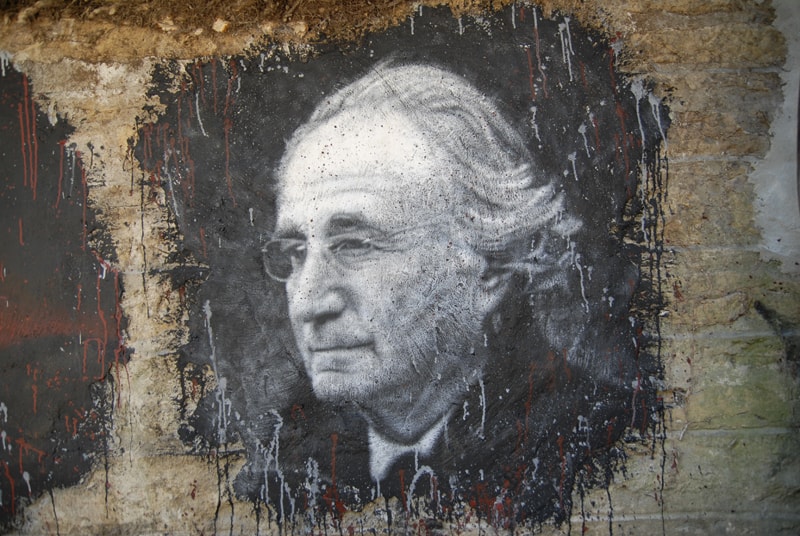 When Federal Reserve Chairman Jerome Powell appeared on 60 Minutes recently, he was asked what it takes to become the head of the central bank. In a clip from podcast episode 679, Peter Schiff said that when you think about the actual qualification, Bernie Madoff would have made the perfect Fed chairman. Or perhaps the secretary of the US Treasury department.

So, what does qualify one to head up the Federal Reserve? Peter said that apparently, being clueless about economics helps.

You have to have absolutely no understanding about money, or banking. It helps to be a real good liar.”

Peter said perhaps a background in advertising or marketing would help.

Bernie Madoff recently died in prison. He was known as the architect of the biggest Ponzi scheme in history. Peter said his background was ideal for Fed chair.

Peter said he would have made an even better Treasury Department secretary.

The US government operates two giant Ponzi schemes. One is Social Security. We take money from people currently working and give it to those who have retired. Meanwhile, we promise the people who are currently working that they will get paid out from the money put in by the crop of future workers.

That is pure Ponzi. That is the definition of Ponzi. It’s just that everybody knows it’s Ponzi and the government requires you to participate even though you know it’s a Ponzi. Because most people, if they had a choice, would opt out of Social Security. They wouldn’t want to take part in it.”

And there’s another government Ponzi scheme that’s not quite so apparent – the financing of the national debt.

Well, that again is a Ponzi scheme. Now, more and more, those new lenders are the Federal Reserve. So, the government is getting money from the Federal Reserve to pay off the maturing bonds. And where is it going to get the money to pay off the Fed when those bonds mature? Well, they’ll get that money from the Fed too. So, the entire thing is a Ponzi scheme.”

But in this case, nobody is forced to participate. The Chinese, the Japanese, and individuals in the US are not forced to buy US Treasuries. In this case, the government would have been better off to keep the Ponzi nature of its financing quiet.

That’s why I thought Bernie Madoff would have been a much better secretary of the Treasury than a lot of the clowns that we’ve had.”

In other words, if we can’t bring more people into the Ponzi scheme, we’re just going to default on the commitments we made to the people who are already in the scheme. And so what I was always saying was, ‘Look, Bernie Madoff would never make that kind of mistake.’ It is Ponzi 101 – when you are running a Ponzi scheme, the last thing you want to do is tell people it’s a Ponzi scheme. You’ve got to keep that real quiet. You’ve got to at least pretend that you’re going to pay your bills. So, maybe Bernie Madoff being an expert in Ponzies having kept his going for as long as he did, he may have been better at conning the world so that it wouldn’t recognize the Ponzi nature of what was going on.”

The crazy thing is that even though the US government basically revealed to the world that this is a Ponzi scheme, the world continued to loan America money.

And that’s part of the reason we haven’t already seen a collapse in the US Treasury market. People still don’t get it. Even with all this money printing and these huge deficits, and even with all of these price hikes, bond investors are complacent. They’re sitting there. They’re staring at potentially double-digit inflation – the 1970s on steroids. They’re looking right at that and they’re just there. They’re not selling their bonds. It’s like they’re like a deer in the headlights. They’re staring at this headlight from an oncoming car, and they’re kind of confused, or mesmerized, or scared. And so they just sit there and then they get hit by a car and die. Well, that’s what’s going to happen to these bond market investors. They’re sitting there like a deer in a headlight. They’re confused. They don’t know what’s going on. And the next thing you know, they’re going to be flattened by a Mack truck, and they’re going to be dead. Because their bonds are going to be killed by inflation.”