Back and Forth in Idlib Offensive as Syrian Army Deploys Its Signature Tactic: Fall Back and Pummel 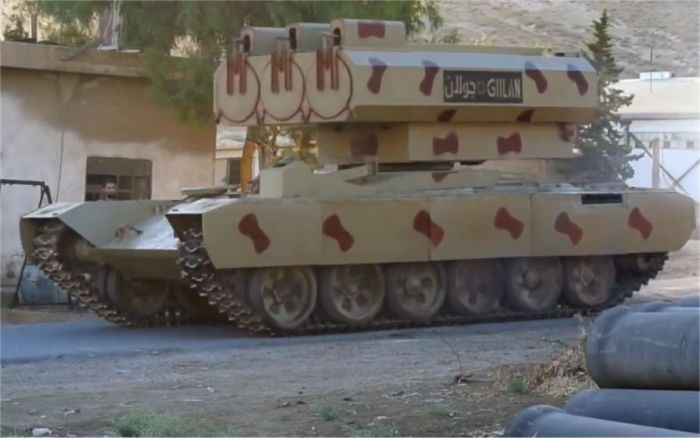 The Syrian-Russian Idlib offensive reportedly aims to take territory along a huge stretch of the frontline from Turkey nearly to Aleppo, but so far infantry fighting has taken place on just one point close to the protruding southern tip of the Islamist-held territory, which fittingly developed in what is by now a cliché for the Syrian way of fighting.

The Syrian army started their attack in the morning and gradually took over a pair of strategic elevations from the jihadi rebels. The latter waited until twilight and struck back in a counter attack of their own. Rather than accept a pitched battle from trenches they had just taken and facing the wrong side, it seems the Syrian army forces retreated to their starting positions and unleashed all the artillery on the positions they had just given up — now again in the hands of the rebels.

It’s a tactic the better Syrian units used to great effect in fighting especially around Aleppo at the height of the war to bleed al-Qaeda and friends while preserving their own manpower as much as possible. It’s a way to negate the jihadi advantage of having individuals, often foreigners, willing to spearhead attacks in suicide armored car bombs, through movement and by drawing on their own advantage — the absolute supremacy in artillery.

Today the high points are back in SAA (Syrian Arab Army) hands.

Patrick Lang who is a retired US Army colonel has some more thoughts on, and information about the attack over at the Sic Semper Tyrannis:

Depending on the success of this initial offensive, I can see this developing into something larger including the taking of Idlib itself and the rendering of the Turkish observation posts moot. The remaining jihadis should be driven north of Aleppo.

The offensive was preceded by heavy Russian airstrikes and SAA artillery bombardments. The SAA troops arrayed for this offensive are impressive. At least two major elements of the Tiger Force, the Taha and Tarmeeh Groups, are leading one axis. The 42nd Brigade of the 4th Armored Division is spearheading a second axis to the west of the Tiger Force. Supporting these units are several Republican Guard brigades, the 5th Corps, the 11th Tank Division along with assorted NDF and SSNP forces. The SAA advance proceeded steadily during the day capturing several towns and key heights. In the evening, the jihadists of the Jaysh Al-Izza and Hay’at Tahrir Al-Sham groups launched a strong counterattack, but were beaten back with heavy losses. SAA artillery and rocket fire played a large part in defeating this counterattack. Jihadists also launched 36 rockets towards Hmiemim Airbase. Russian air defense forces shot all the attacking missiles down. As of now, the SAA advance continues.

Early rumors of Turkey abandoning one of their NW Hama OPs proved false. They just evacuated four Turkish soldiers wounded in an SAA bombardment of nearby jihadi positions prior to the start of the SAA offensive.

Capturing Tal Uthman was an important advance for the Syrian Army; however, the battle for Qal’at Al-Madiq will be far more costly and difficult. NLF troops have the geographic advantage and a large number of ATGMs to target the Syrian military’s tanks 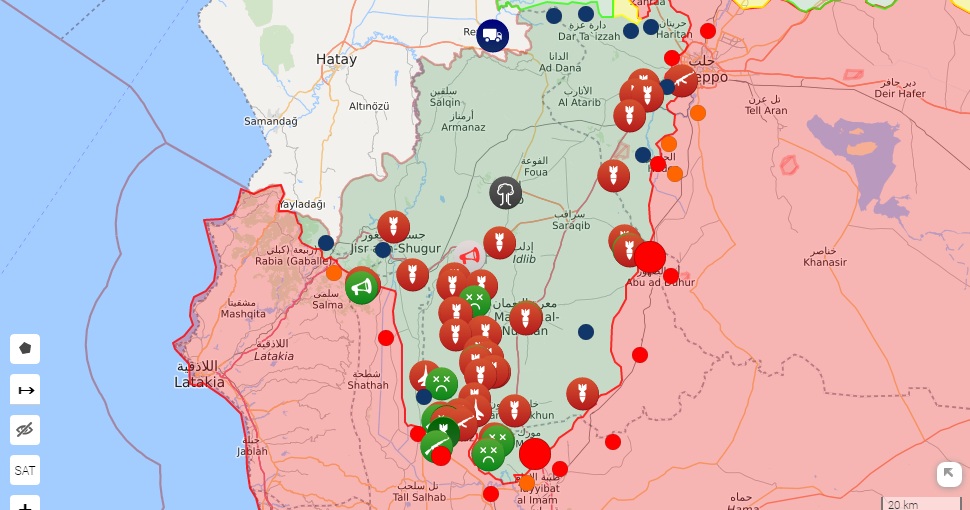