And to protect Chinatown from rioters and looters

Prime Minister Manasseh Sogavare, who requested help from Australia, on Friday blamed foreign countries for stoking the violent protests, but did not name any.

“These very countries that are now influencing Malaita are the countries that don’t want ties with the People’s Republic of China, and they are discouraging Solomon Islands to enter into diplomatic relations and to comply with international law and the United Nations resolution.”

Taiwan Foreign Ministry spokeswoman Joanne Ou said in a statement: “We have nothing to do with the unrest”. 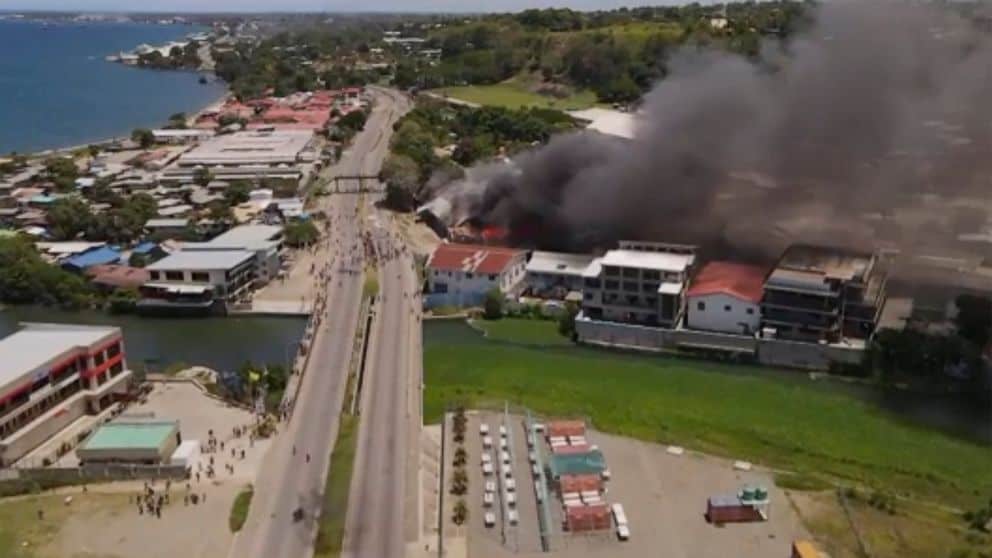 Sogavare declared a lockdown Wednesday after about 1,000 people gathered in protest in Honiara, demanding his resignation over a host of domestic issues.

The protesters breached the National Parliament building and burned the thatched roof of a nearby building, the government said. They also set fire to a police station and other buildings.

Sogavare ordered the capital locked down from 7 p.m. Wednesday through 7 p.m. Friday after saying he had “witnessed another sad and unfortunate event aimed at bringing a democratically elected government down.” 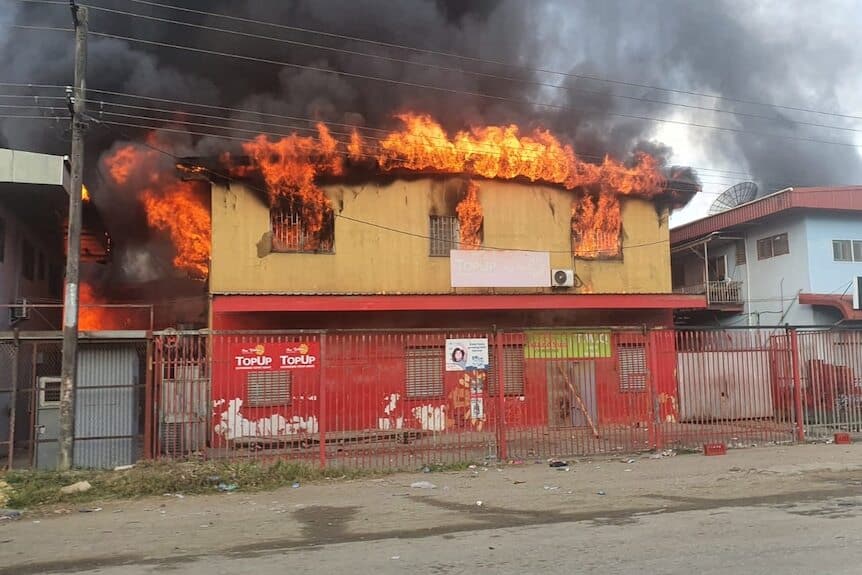 “The scenes here are really chaotic. It is like a war zone,” Aqorau told Reuters by telephone on Friday morning.

“There is no public transport and it is a struggle with the heat and the smoke. Buildings are still burning.”

He said later Australian police were “taking control of Chinatown.” [Were rioters targeting Chinatown because the local Chinese are seen as pro-Beijing, or because that’s where the good shops are?]

Australian Foreign Minister Marise Payne said Australia was sending 100 police personnel and was “clearly focused on stability in our region.”

Australian police were previously deployed to the Solomon Islands in 2003 under a peace keeping mission authorized by a Pacific Island Forum declaration and stayed for a decade.

Morrison said Solomon Islands Prime Minister Manasseh Sogavare asked for the help, and that Australia’s role was to “provide stability and security.” Morrison said the deployment would last weeks, unlike Australia’s previous peacekeeping mission from 2003 to 2017, Agence France-Presse reported.

“It is not the Australian government’s intention in any way to intervene in the internal affairs of the Solomon Islands. That is for them to resolve,” Morrison told reporters. [But you already have intervened. Doesn’t sound like you’re terribly invested in protecting the pro-Chinese guy though.] 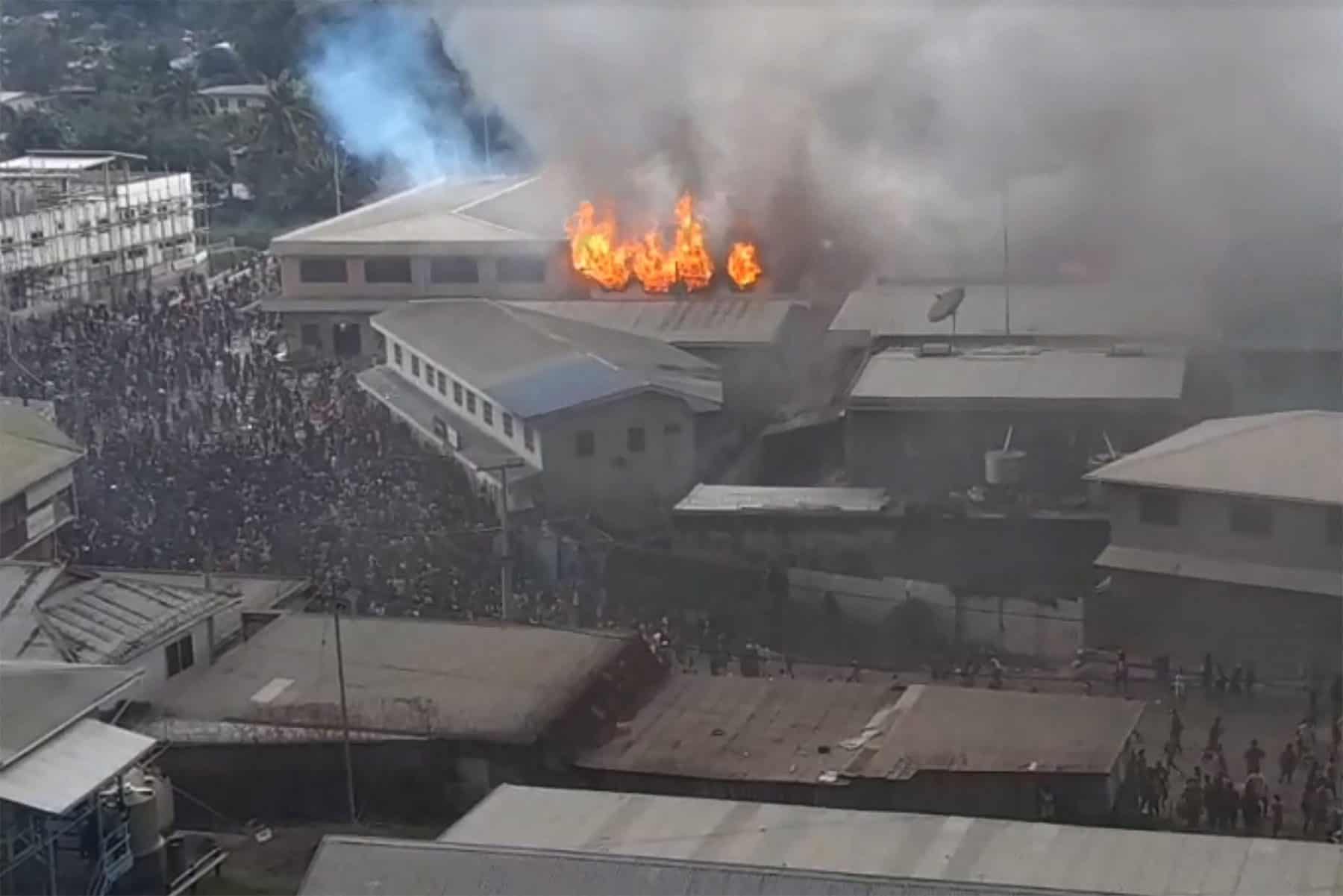