Australia Claimed ICU Covid Hospitalizations Would Peak at 5000 Even With Lockdown. They Never Broke 200

The official government model. What else were they wrong about?

After the Australian government ordered medical martial law in late March it produced a projection justifying the lockdown in early April. Unlike the more famous Imperial College projection in the UK this was an official projection by the government itself.

The document spelled out in no uncertain terms that lockdown was necessary because Australia only had 7000 ICU beds, but if nothing was done at all the need for ICU beds would peak at 35000 from COVID patients alone:

Had nothing been done at all the Australian government claimed 89% of Australians would contract the virus with 38% requiring medical care:

Around 89% of people would catch the virus, with 38% requiring some medical care. ICUs would be stretched well beyond capacity for a prolonged period. Only 15% of people requiring ICU beds would be able to access one, even with the expanded ICU capacity in the model.

However, since the country went into a government-enforced medical martial law a milder scenario where “just” 12% of Australians contracted the virus, 5% required some medical care, and ICU demand peaked at 5000 beds was now expected:

The Australian Government has released modelling on the impact of COVID-19 in Australia.

If we continue with our strategy of isolation, quarantine and social isolation, we expect that our health system will cope with the projected peak in cases.

The Australian Government is boosting our intensive care unit (ICU) bed capacity to around 7,000 beds.

isolation, quarantine and social isolation – below 5000

On April 6th, one day before the model was made public 448 Covid patients were in hospitals (by no means all of them on ICU beds, according to Australian government data about one in three hospitalized patients require an ICU bed*):

In other words, at the time the Australian government claimed the most likely scenario was that Covid demand for ICU beds was set to increase thirty-fold from some 150 to up to 5000.

Instead, this is what happened:

In reality, Australia recorded the height of new daily cases at the very end of March. Since an ICU hospitalization requires about 10 days to clear the April 6th situation, with 448 hospitalized of which about one-third in ICUs, represented the peak of covid-19 “crisis” in Australia. Since then, total cases, hospitalizations, and ICU hospitalizations have only been falling.

Seeing they were off in what would happen with a lockdown by a factor of 30 (ICU peak at 150, not 5000) it is safe to say their projection of what would have happened without their intervention is similarly without merit.

the only models I have faith in are Victoria secrets models

ok here is something to get you off 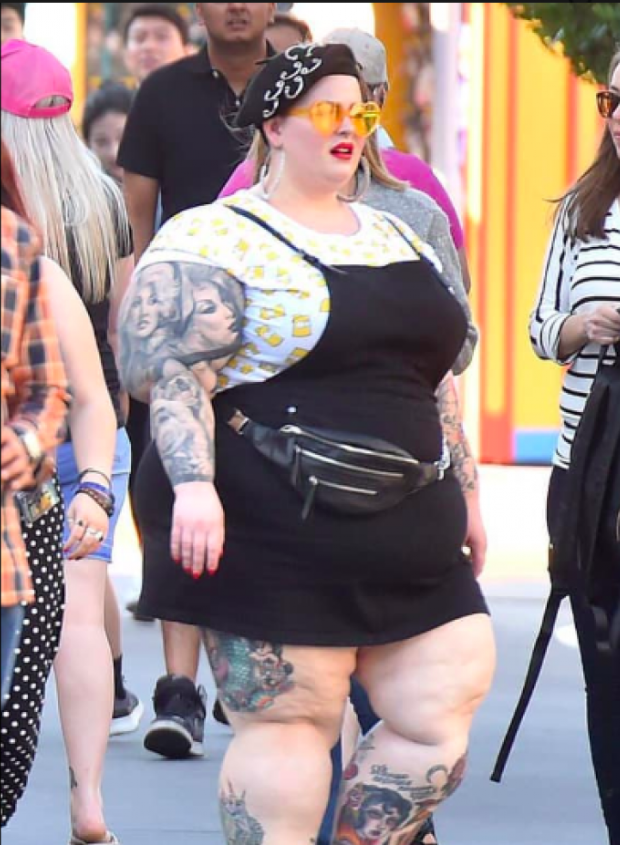 Is my eyesight failing me, or is her Right leg back to front, no knee visible ???? How the hell did she do that ? Or is this photo shop again ?

No the legs are not backwards – the fat is covering the knees and everything else. She must be an ANTIFA libtard feminist. Doesn’t get uglier than that, my friend. LOL

In the States the BS is so deep it’s impossible to dig out.

Latest chart from CDC show they have combined Influenza, pneumonia and Covid. This is the number the media is parroting. As of 4/11/20 it was 54,217.

If you look closely at the chart on the far right it shows the deaths of all causes even before the Covid. Notice the numbers stay steady finally dropping on the last week due to warmer weather probably.

Thus it is likely there are even fewer deaths from Covid.

The last two weeks of April ( not on the chart) the deaths jumped dramatically. I suspect they are throwing every death they can into the Covid category. This is the biggest con in the history of mankind.

NZ did the same scarey shit, obviously a global concerted fear campaign with all guvmints willing participants and all populations cowering at home under authoritarian and media bombardment.

This is the sort of modeling the Global warming crowd rely upon as well, and the main reason, people don’t believe anything coming from their mouths. Time after time, they are proven so far off the mark it’s not funny, yet the sheeple still believe the crap that comes from their mouths.

Fake virus to steal all the wealth the bankers haven’t already stolen.