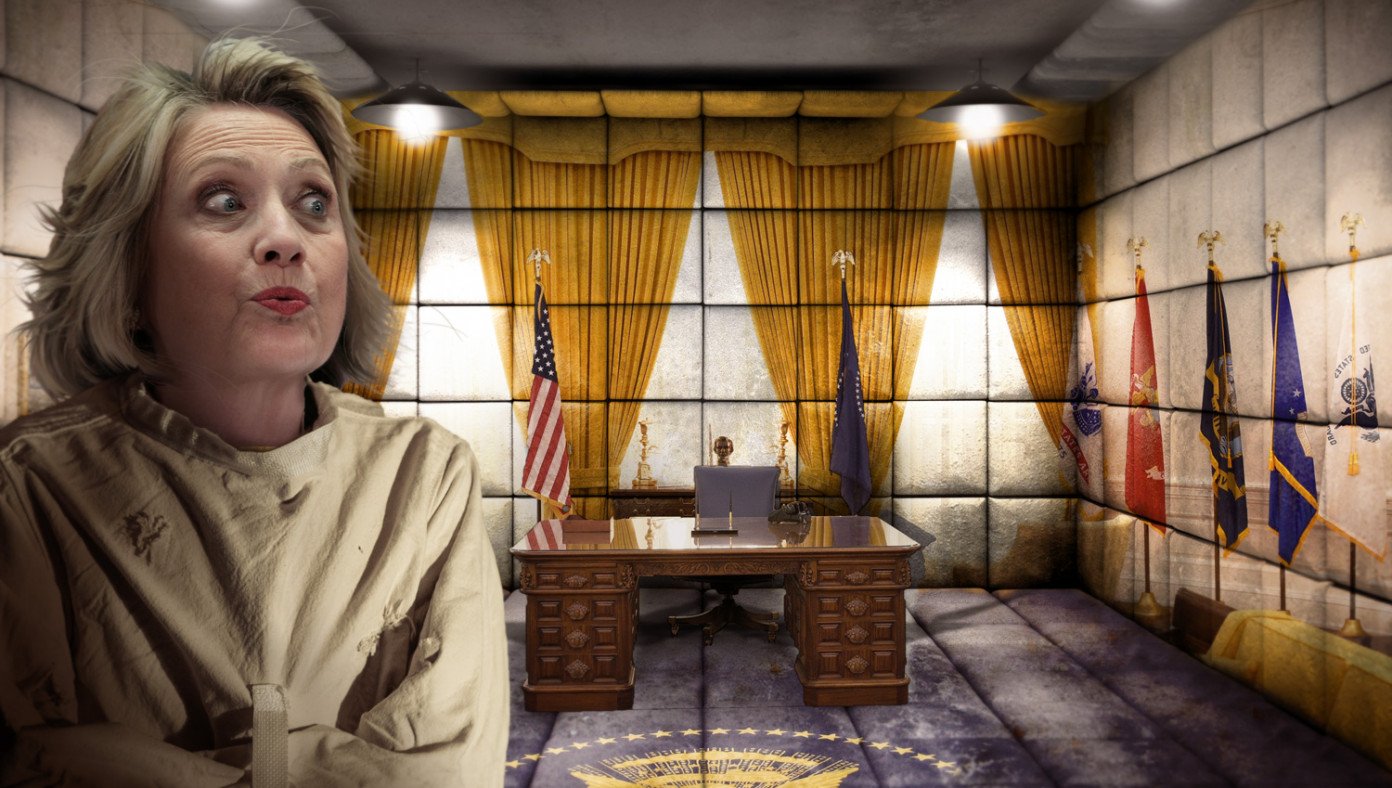 According to sources close to Hillary Clinton, the failed presidential candidate was gently returned to her padded cell disguised as the Oval Office over the weekend.

After the failed presidential candidate had escaped from the premises again and accused thousands of people of being Russian agents, orderlies were finally able to catch her and guide her back to her cell. She had escaped through the ventilation ducts, apparently, and quickly gave deranged interviews in which she seemed not to understand that she hadn’t won the 2016 election. She also found a smartphone and tweeted troubling things, causing asylum personnel to put out a call for her safe return.

“If anyone sees a crazy-looking old woman running around saying she’s the president, do not approach her. She is very dangerous,” the mental institution said in a statement. “Please phone the authorities right away so we can get her back to safety.”

Finally, someone spotted her screaming at a Costco sample lady, accusing the poor woman of being a Russian asset, and authorities arrived to haul her back to her cell.

“Come on, Hill, right this way,” said one medical assistant, tenderly guiding her down a hallway to her custom cell. “Time to go back to your ce—err, your office.”

Clinton tried to resist, insisting that she couldn’t go back to the Oval Office right now as she had a trip scheduled to meet with some foreign leaders. “Yes, OK, dear, that’s fine. That’s just great. Why don’t we have a little nap and then we’ll meet with the foreign delegates later, OK, hon?”