As China Settles in for a Long Trade War, Economic Pressure on Trump Continues to Grow 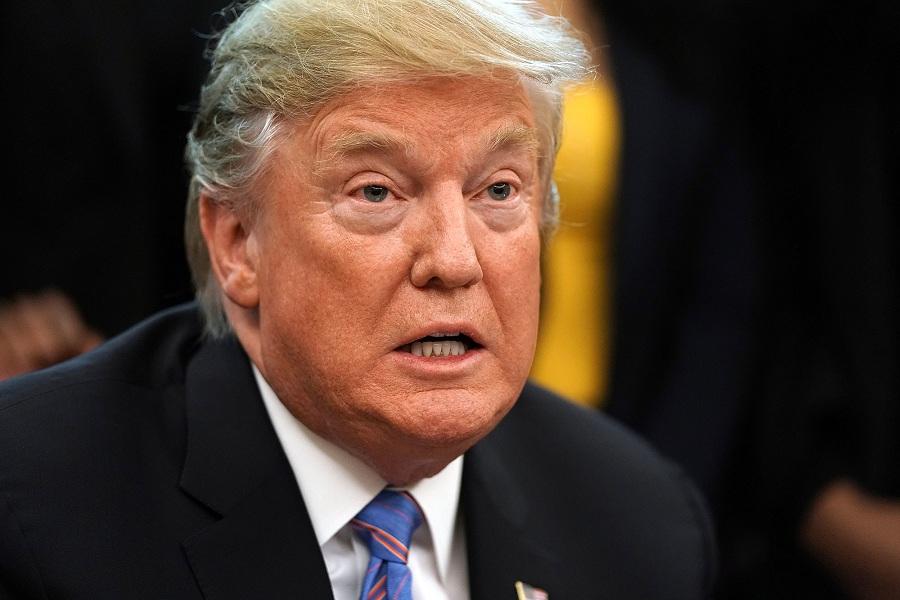 The trade war between the United States and China is increasingly weighing on the global economy, but unfortunately it does not appear that it will end any time soon.  Many pundits in the U.S. originally believed that the trade war would be short because the economic pain would be too much for the Chinese to handle.  But the truth is that the Chinese are not nearly as motivated by short-term concerns as we are. They have always been long-term planners, and they are not afraid to set goals that may take multiple generations to achieve. So they are not going to allow an angry American president that may be voted out of office by the end of next year to greatly alter their long-term economic strategies.

If an acceptable agreement could have been reached with Trump, the Chinese would have jumped at that opportunity. But right now the two sides are so far apart that they are basically not even on the same playing field, and any additional “negotiations” are not going to change that. However, the Chinese are likely to try to keep talks with the Trump administration alive in an attempt to prevent the trade war from escalating even more. In essence, the Chinese are trying to minimize the damage while running out the clock on the Trump presidency.

So for China, this trade war has become an exercise in endurance, and this is something that a Fox Business article recently discussed…

Researchers from Deutsche Bank wrote a note over the weekend, explaining how they believe China appears to have shifted its strategy from a focus on “resolution to one of endurance.”

“We think China is neither aiming to quickly reach a trade deal, nor trying to hit back at the U.S. as hard as it can,” Deutsche Bank China Economist Yi Xiong wrote in a report. “Rather, China seems to have internalized the trade war as a given fact, and is trying to preserve China’s economic resilience under rising tariffs.”

Here in the U.S., we have become quite accustomed to sacrificing our long-term prosperity in order to avoid short-term pain, but the Chinese are simply not going to do that in this case.

Instead, they are going to work extremely hard to do what they can to bolster the Chinese economy internally while they wait for a more “reasonable” U.S. president to get elected.  The following comes from the South China Morning Post…

China will “enhance countercyclical measures in macroeconomic policies … to ensure sufficient liquidity and reasonable growth in credit,” according to a statement by the government’s Financial Stability and Development Commission on Sunday. The wording marked a subtle change from previous policy statements that called only for “appropriate” fine-tuning of monetary policy.

The statement did not mention the trade war with the US, but included specific guidelines on what China should do to manage its economy in the coming months. It urged financial institutions to help sell local government special bonds, with proceeds to be used for government-backed investment projects, while it also told local authorities to “fully tap investment potential”.

Unlike Chinese officials, President Trump has an upcoming election that he must deal with, and the longer this trade war persists the worse his re-election chances are going to become.

As I detailed yesterday, signs of economic trouble are erupting all around us, and the pain from this trade war is only going to become more intense as each new month passes.

So Trump is going to become increasingly desperate to get China to come to an agreement, and that may lead to some very rash decisions. For example, it is being reported that he “wanted to double tariff rates on Chinese goods” after the Chinese responded to recent U.S. tariffs by imposing some of their own…

The president was outraged after he learned Aug. 23 that China had formalized plans to slap duties on $75 billion in U.S. products in response to new tariffs from Washington on Sept. 1. His initial reaction, communicated to aides on a White House trade call held that day, was to suggest doubling existing tariffs, according to three people briefed on the matter.

Unfortunately for Trump, no amount of pressure is going to get the Chinese to budge.

Yes, the Chinese will “talk” to U.S. officials as a delaying tactic, but they have already decided that they will never accept the sort of deal that Trump wants.

Meanwhile, our economic numbers just continue to deteriorate. On Tuesday, we learned that a key measure of U.S. manufacturing just fell to the lowest level in three years…

The Institute for Supply Management’s purchasing managers index fell to 49.1 in August, weaker than all forecasts in a Bloomberg survey of economists, data released Tuesday showed. Figures below 50 indicate the manufacturing economy is generally shrinking. The group’s gauge of new orders dropped to a more than seven-year low, while the production index hit the lowest since late 2015.

In response to that number and more troubling news about the trade war, U.S. stocks were sharply down…

We have reached an absolutely critical moment in modern American history. The largest financial bubble in our entire history is on the verge of bursting, and many believe that we could be on the precipice of an economic downturn even worse than what we experienced in 2008 and 2009.

A trade deal with China would greatly help the short-term outlook, but the Chinese are not willing to give Trump what he desires. So the only way one will happen is if President Trump completely caves in, but I don’t see that happening.

That means that a tremendous amount of pain is ahead, and the American people are completely unprepared for that.

Source: The End of the American Dream