Armenia’s Loss of Karabakh to Azerbaijan Was Avoidable, But Its Sorosian PM Had Other Priorities

Was busy pursuing a Sorosian transformation. National unity and defense was a distant second

I was recently asked by some friends to write an opinion on my staunch opposition of the Armenian government and the measures that could have been taken during these past 2 years to avert the national crisis that resulted in the loss of Artsakh.

Over the course of the past 2 years, Mr. Pashinyan’s government in Armenia gave way to catastrophic mistakes that resulted in alienation of Armenia’s allies and friends, compromised the country’s security and created an internal strife that weakened the country’s institutions.

2.) Mr. Pashniyan also went out of line when representative of his party voted against Russia’s return to Parliamentary Assembly of Council of Europe (PACE), a deadly mistake which his party later tried to justify by claiming that the Armenian delegates had “mistakenly pressed the wrong button during the vote”

3.) Mr. Pashniyan also failed in strengthening relations with Iran, Armenia’s most trustworthy neighbor and economic lifeline. Instead of prioritizing Iran’s national interests, Mr. Pashinyan went overboard by opening an Armenian embassy in Israel, a step that infuriated Iran, without resulting in any diplomatic returns to Armenia as Israel continued to supply Azerbaijan’s with weapons.

4.) Parallel to this, Mr. Pashinyan’s government also failed to achieve any real successes in relations with EU, US, China and India. Even in the peak of conflict between KSA (and the Arab block) versus Turkey, which could have presented a golden opportunity for Armenia to develop relations with Gulf counties (particularly KSA) and secure an economic backbone for Armenia, Mr. Pashniyan’s foreign minister’s accomplishments remained within the boundaries of a few official visits and rewritten statements of support to this country or that.

1.) Instead of rallying the armenian public around national institutions, following the so-called “Velvet Revolution”, Mr. Pashinyan’s government went on the offensive, dividing the public between “blacks” and “whites”. Those who dared to criticize his judgements were labeled “traitors”, “mafiosos” or the “enemies of the revolution”. This characterization did not spare even his closest allies with which he had been in the opposition for decades.

2.) At the level of his staff, instead of trusting his government to qualified individuals with credible public experience, Mr. Pashinyan went forward to filling strategic posts with inexperienced foreign NGO graduates. A lawyer with a couple of years of experience became a justice minister entrusted with writing a new constitution.

A sales manager with some experience in the aviation industry became the head of the Civil Aviation Committee. Such appointments resulted in catastrophic institutional consequences. For example, Civil Aviation in Armenia became so unorganized and untrustworthy that in 2020 the EU banned Armenian air carriers from flying to Europe due to safety concerns. Amazingly however Mr. Pashinyan kept blaming all his failures on previous governments (unfortunately with a blind herd of sheeps behind his back).

Similarly, the mismanagement of the Covid crisis by an inexperienced Healthcare Minister resulted in Armenia becoming one of the world’s worst performing nations in terms of management of the pandemic. This time, being unable to part the blame on previous governments, Mr. Pashniyan accused the Armenian people and their carelessness for being the main reason behind the crisis.

3.) As NGO graduates became more involved in decision making processes in Armenia, Mr. Pashniyan’s government began taking even more irrational decisions. The diaspora ministry was shut down, National Academy of Sciences was defunded, Armenian church history was removed from school curricula, Armenian clergy were banned from visiting schools (at least an attempt was made), a smear attack on the Armenian Apostolic Church was unleashed, and Armenian literature was rendered unnecessary in universities. Instead, efforts went to prioritizing questionable agendas as the ratification of the “İstanbul Convention” or substituting “Armenian Literature” classes with “Gender Studies” in Universities.

4.) Mr. Pashniyan’s next target became the Armenian military and security structures. As his plan to persecute his political opponents moved forward, Mr. Pashniyan placed the Armenian National Security Service under his direct command. The NSS, which is supposed to counter terrorism and discover enemy spying activities, became a personal police force that is sent upon the PM’s orders to any business or home to conduct searches not even remotely related to cases of national security (mostly businesses or homes of political opponents).

Mr. Pashniyan also played around with the army leadership, replacing high ranking officers and sending some of our most experienced generals to early retirement because of their political views. Worst of all, instead of gathering the most experienced commanders around him to improve his strategic vision and benefit from their existing relations with Russian military circles, Mr. Pashniyan persecuted our most capable command staff and instead recruited retired military officials, who had not seen active duty since the 90s, to be his security advisers.

By the time Artsakh war had arrived, Armenia had lost its closest ally, its most trustworthy neighbor, the military had gone through serious shocks due to constant changes in command, the national security service was preoccupied with hunting down political opponents and the economy had been devastated by COVID19 and mismanagement. Moreover, Armenia now stood on the brink of war with a society divided more than ever and a government with absolutely no influence or connections in Russia, Europe, or the US.

This is the reality and the rest is history. No matter how much you try to blame past authorities (towards which I have my own reservations as well), or weave stories about everyone else but the current government, the matter of the fact remains the same; whether through diplomacy or some other means, previous political leaders succeeded in keeping Artsakh part of our homeland. Even if for a second we consider that all this was planned since 2011, any decent leader would have told the public the truth from the beginning and preferred to resign instead of signing such an agreement. A leader who goes on “Facebook Live” 3 times a day to tell us about his wife, his suit, or tomato prices could have definitely found time to explain to the Armenian nation the status of the negotiations. But the warmth of the seat of power seemed to be more important to Mr. Pashniyan than the borders of our homeland, and he sacrificed Artsakh, the land he used to call “ուրիշների հողը” (the land that belongs to others), to remain in power.

Rest in peace our heroes! Someday when this nation wakes up, goes beyond rumors of social media and actually picks up a book and reads history, maybe it will realize how to build a nation.

I reflected a lot before writing this short analysis and wondered whether or not it is worth my time. If I find the strength I may soon write a piece on the strategic decisions that cost us the war itself; but that maybe another day.

The situation in the south, where residents of Syunik blocked the road as the PM is heading to the province. pic.twitter.com/PWcLJYy46f

Pashinyan has obviously and understandably heavy security presence around him. pic.twitter.com/tS9ztb6jTi

Have to agree. Soros and his and other western NGOs can irritate larger societies but for a small country like Armenia it is catastrophic. The very survival of Armenia is now on the line.

My father who survived the genocide is no longer alive. How could I tell him that Armenians by their own hand have put Armenia into peril; that it made enemies of its friends; that it blames everyone but itself.

Until Pashinyan is chased out of Armenia it will not begin to restore its institutions and national determination. It will not survive for very long with Pashinyan and his ilk.

It really is tragic beyond words. I had a good friend from Armenia (Davit) who, rather unfortunately, I have not spoken to in a few years now. Through Davit, the impression I formed of Armenians was that they are for the most part good people, salt of the earth. People with a collective soul which drew from a deep well, rich in spiritual history. People worth fighting for.

The difficult thing to admit is that this scumbag, Soros created jackal did not ‘walk himself into power’ all the way from Gyumri to Yerevan. No, rather it was the people who walked him along. Like the Pied Piper, they all swayed in unison to his velvet revolution tunes, marching along to their inevitable doom… how sad.

This intellectually challenged moron has to go, that much is absloutely certain. However, Armenians as a nation must also look within and ask how it came to be that they allowed themselves to be so completely duped by this (((deep state)))) scam. The ones who followed him in 2018 must face up to their shame, and so too the ones who did not follow along with the crowd but stood aside and allowed them to set in motion the destruction of their state and their people. A literal suicide of lemmings racing over the cliff…

Once he is out of power and, God willing, out of Armenia too, may he and his kind never return. Then you begin the process of rebuilding your nation so that you may still be standing a thousand years from now.

I should send my friend a message, to see how he is doing. 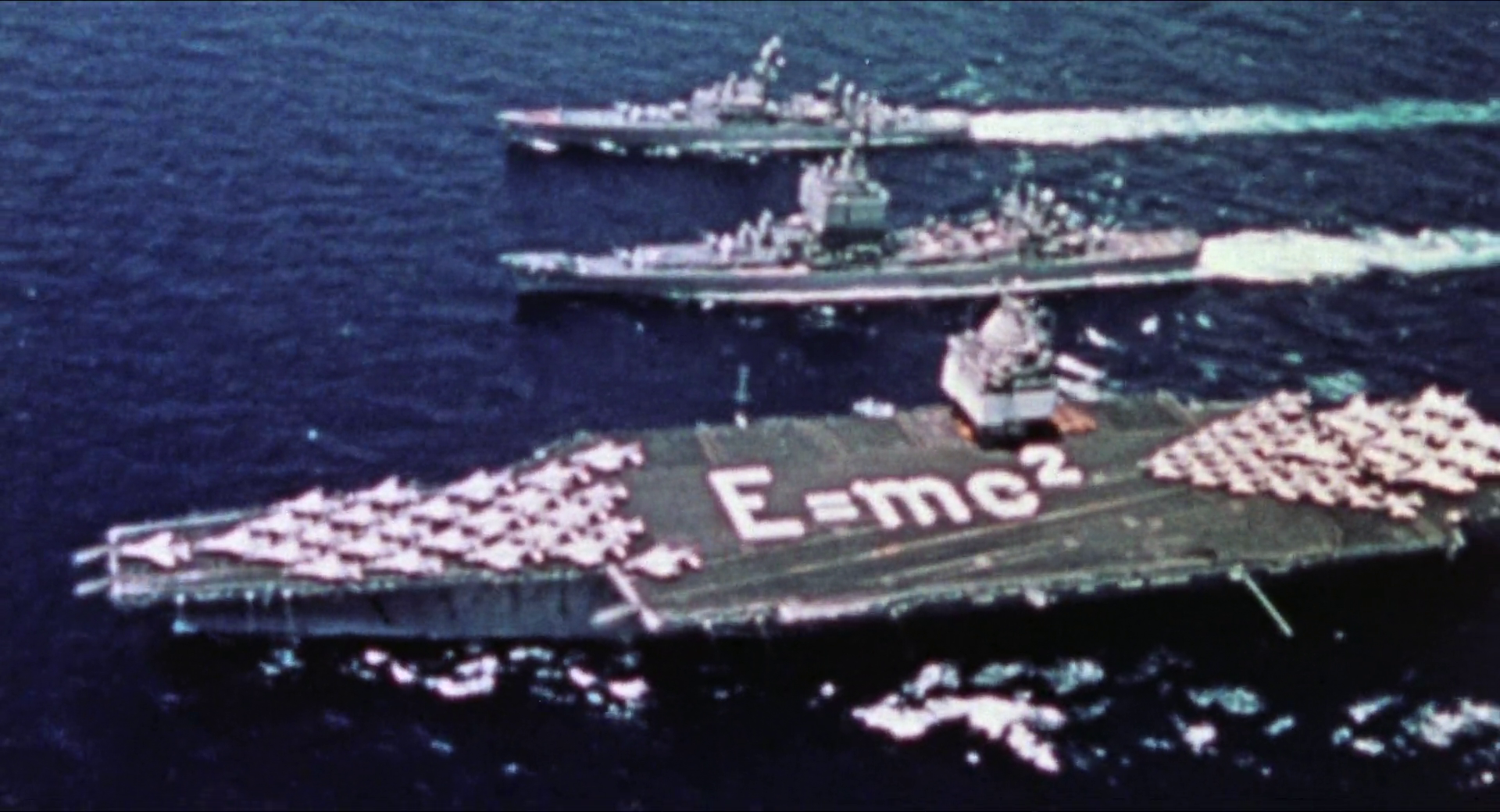 Agreed. They needed to rapidly adjust their tactics and strategy to compensate for the Azeri use of drones, and the fact that this gave them air superiority, in the same way the Chinese and Vietnamese adjusted to American air superiority in the Korean and Vietnamese Wars, respectively. Simply put – dig in and go underground. Underground bunkers to shield troops & materiel and masterful camouflage use above ground to hide artillery and other emplacements from prying eyes in the sky.

I regret not attempting to communicate this advice to them early enough in the conflict for it to have made any difference. Subconciously, I hated that prick Pashinyan, and the rest of the Soros arseholes he has around him, too much to care.