Another Week Another 78 Donetsk Soldiers Killed 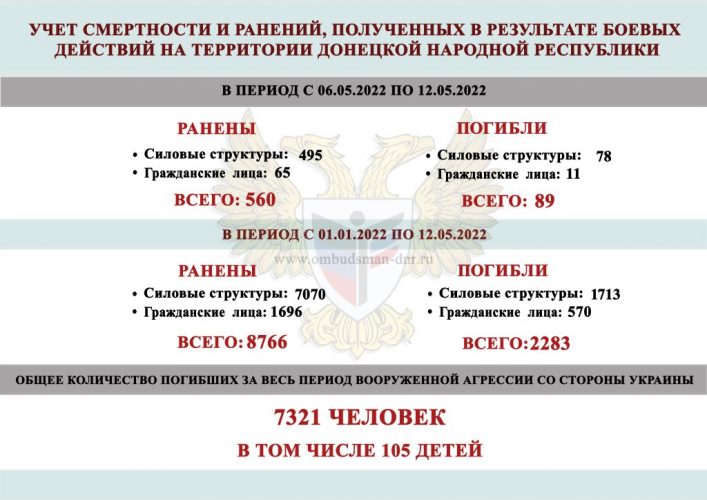 Donetsk continues to diligently update its war loss every week. (Lugansk, Russia and Ukraine continue to be mum.) In the seven days through May 12 another 78 Donetsk soldiers have perished. 495 were wounded.

This is a relatively low number compared to other weeks. At times Donetsk has lost over 200 soldiers killed in a week.

I’d probably put my point estimate at 350 for the entire coalition for the week, or about 50 killed every day. (11 Donetsk, 7 Lugansk, 30 Russian.)

That would also imply at least another 150 wounded each day.

Ukrainian losses are likely somewhat higher but even more uncertain.