Remember that thing you spent 3 months screeching about and clamoring for a police state over?

People not able to breathe in Colorado during a respiratory “pandemic”:

How many screeching COVID Karens are in this crowd?

It gets more hypocritical:

(Amsterdam’s mayor was in attendance.)

This is so crazy it’s morning now in New Zealand and they’re marching for #BlackLivesMatter pic.twitter.com/KxegRDzTK3

"We're not going to stop until something is done. We've had enough"@emmabirchley speaks to one of the thousands of protesters who have taken to the streets of London in solidarity with those in the United States following the death of George Floydhttps://t.co/RSNsZgtdpV pic.twitter.com/mGsFhRlLrY

Aaaahm? So there’s a lethal agent being spread between people, but registering your position on a problem in a foreign country nonetheless takes precedence?

That’s funny because I recall that the much smaller (and better behaved) anti-lockdown protests were demonized to no end.

Protests are responsible for spreading the virus far and widehttps://t.co/jk1UAzvNEe

Protests are "risking your health"https://t.co/9hIQg76LuR

They are "twisting the idea of liberty"https://t.co/EckV46hOoI

I’m glad that the politically fashionable crowd has finally decided that:

Question is where have they been for the last three months? Oh yeah, that’s right. Busy cheering the police state on, and over something as ridiculous as a killer germ, which when the push comes to shove they don’t really believe in themselves.

Which you were fine with 2 weeks ago, when all the people protesting the #covid19 #lockdown were members of a "death cult". https://t.co/xV6Nb7VXcL 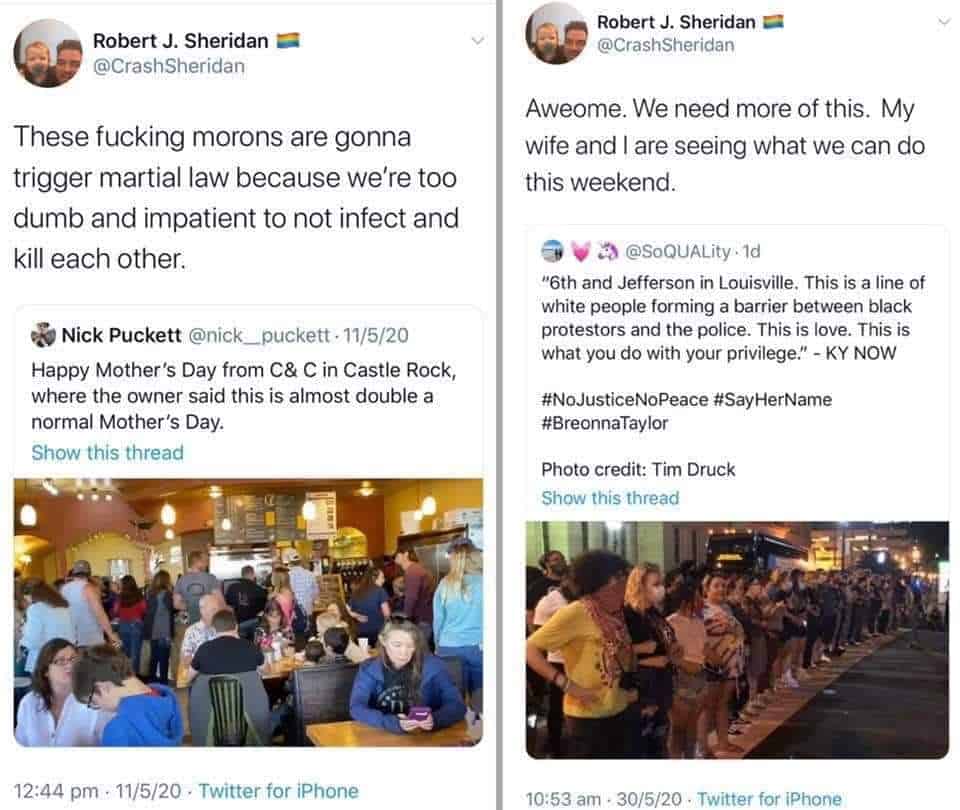 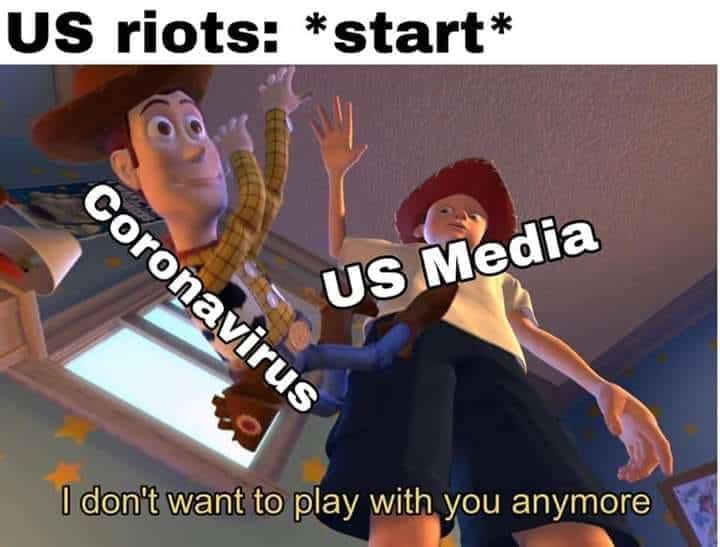