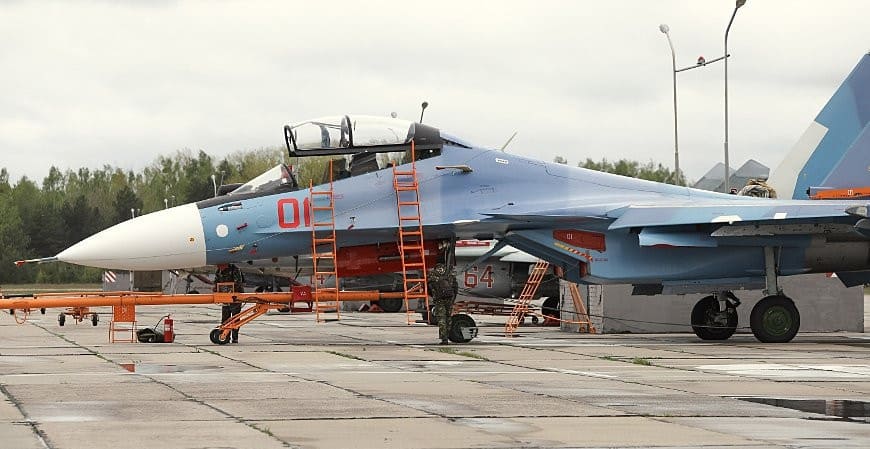 “Efforts continue for implementing a decision on joint patrols of the airspace along the state border of the Republic of Belarus to enhance air defense combat alerts by a mixed tactical group of Su-30SM multirole fighters of Belarus and Russia,” the ministry’s press office said on its Telegram channel and uploaded a video clip.

The Belarusian Defense Ministry earlier reported that a mixed tactical group comprising Su-30SM multirole fighters of Belarus and Russia conducted an air patrol along the state border of Belarus on November 25.

Prior to that, Minsk informed that the republic’s radio-technical and radar reconnaissance systems registered a constant increase in the intensity of flights by NATO spy and combat planes along the state border of Belarus, including in Ukraine’s airspace.

The flights by these aircraft had actually doubled lately and the number of US planes engaged in these operations had risen by 50%, the Belarusian Defense Ministry specified.

Editor’s note: Russia now has Su-30 fighters stationed in the Belarusian airbase of Baranovichi. They seem to be flying joint patrols from there. Belarus received its first Su-30s in 2019 with deliveries completed this year.

Video of those Russian Su-30SM fighters deployed to Belarus in September. If this patrol was conducted with these fighters, it is pretty clear they have an operational role in Belarus, and aren't just there for training. 29/https://t.co/fBbscpsIVE

The Belarusian MoD also said they would increase the number of fighter patrols in response to the increased number of foreign aircraft flights near their border. 31/https://t.co/KVTOlvXI8T pic.twitter.com/juhd4te1zW