"It is unclear why Gates, better known as a self-confessed computing 'nerd', has invested in farmland so heavily, and details of the land are scarce" 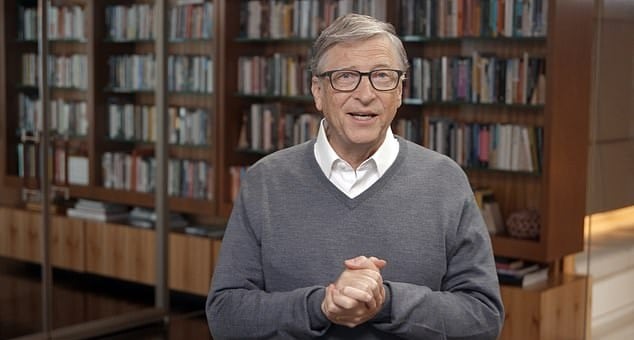 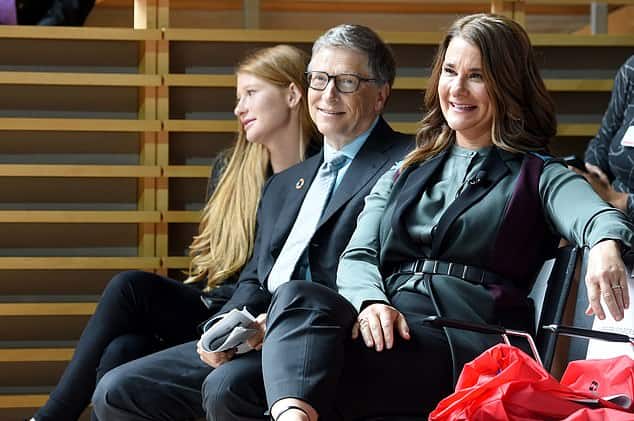 Bill Gates, the billionaire founder of Microsoft, has been revealed as the biggest private owner of farmland in the US, after buying up 242,000 acres in 18 states.

The tech mogul, who is the fourth richest person in the world with a net worth of $121billion, according to Forbes, has quietly built up a massive agriculture portfolio.

But even with his big new agricultural holdings, Gates still doesn’t rank in the Top 100 of private landowners overall in the U.S. – when considering owners of land of all types, not just agricultural.

The title for largest landholdings overall goes to US businessman John Malone, chairman of Liberty Media, who owns 2.2million acres.

It is unclear why Gates, better known as a self-confessed computing ‘nerd’, has invested in farmland so heavily, and details of the land are scarce, as revealed in The Land Report.

The acquisitions are held directly, as well as through Gates’ personal investment entity, Cascade Investments.

In 1994 Bill and Melinda Gates are said to have hired Michael Larson to help them diversify their property portfolio.

A 2014 Wall Street Journal profile of Larson, Cascade’s chief investment officer, hinted at the beginning of that portfolio, after the piece noted that the firm owns ‘at least 100,000 acres of farmland in California, Illinois, Iowa, Louisiana and other states — or an area seven times bigger than Manhattan.’

In six years that number has more than doubled.

In 2014, he reportedly purchased more than 4,500 acres in Suwannee County, Florida, for nearly $28 million.

In 2018 Gates reportedly bought about 16,000 acres in his home state of Washington, including a 14,500-acre tract in the Horse Heaven Hills region that was purchased for nearly $171 million from an insurance company that had paid $75million for it in 2010.

It was the highest priced land sale in the US that year.

Dr. Alan Busacca, professor emeritus at Washington State University, told Land Report at the time that the fertile land in the area was used for growing ‘apples, cherries, carrots, dryland and irrigated wheat, and row and field crops’.

He added: ‘In addition, the state’s oldest winery, Chateau Ste. Michelle, has two of its largest vineyards in that AVA: Canoe Ridge Vineyard and Columbia Crest Vineyard.’

Cascade did not elaborate on the agricultural land purchases other than to say that the company is ‘very supportive of sustainable farming.’

In total he owns 268,984 acres of land of all types in 19 states, including a suburb up for development – as a so-called ‘smart city’ – outside Phoenix, Arizona.

Since 2017 he reportedly holds a significant stake in 24,800 acres of land on the west side of Phoenix.

When fully developed the area could be home to 200,000 residents and be similar in size to the Phoenix suburb of Tempe, The Land Report said.

Last year, Cascade Investment made a second major investment in Arizona by acquiring more than 2,800 acres known as Spurlock Ranch in Buckeye for $25 million, that could be built out to include 8,500 homes.

The couple also snapped up an oceanfront home in San Diego County, California, last year,  for a record making $43 million.

The six-bed Del Mar home, which boasts a ten-person jacuzzi and swimming pool overlooking the ocean, was bought by the couple in late March as the international coronavirus pandemic began to take hold.

Purchased from Madeleine Pickens, the former wife of Texas billionaire T. Boone Pickens, the property deal is one of the largest ever recorded in the area, The Wall Street Journal reported.

Although the Bill & Melinda Gates Foundation is not directly connected with Cascade or its investments, it also has a farmland initiative: Gates Ag One, established in the Greater St. Louis area, with a mission to help ‘smallholder farmers adapt to climate change and make food production in low- and middle-income countries more productive, resilient, and sustainable.’

In 2008, The Bill & Melinda Gates Foundation announced $306 million in grants designed to boost the yields and incomes of millions of small farmers in Africa as well as ‘other parts of the developing world so they can lift themselves and their families out of hunger and poverty.’

Behind Gates in terms of investment in farmland are the cofounders of the Wonderful Company, Stewart and Lynda Resnick, with 190,000 acres.