But hey, as long as Lockheed stock is going up and the generals are getting their payday it means all is swell in the Empire, right?

A huge, already damaged radio telescope in Puerto Rico that has played a key role in astronomical discoveries for more than half a century completely collapsed on Tuesday.

The telescope’s 900-ton receiver platform fell onto the reflector dish more than 400 feet below.

The U.S. National Science Foundation had earlier announced that the Arecibo Observatory would be closed. An auxiliary cable snapped in August, causing a 100-foot gash on the 1,000-foot-wide (305-meter-wide) dish and damaged the receiver platform that hung above it. Then a main cable broke in early November.

The collapse stunned many scientists who had relied on what was until recently the largest radio telescope in the world.

“It sounded like a rumble. I knew exactly what it was,” said Jonathan Friedman, who worked for 26 years as a senior research associate at the observatory and still lives near it. “I was screaming. Personally, I was out of control…. I don’t have words to express it. It’s a very deep, terrible feeling.”

Friedman ran up a small hill near his home and confirmed his suspicions: A cloud of dust hung in the air where the structure once stood, demolishing hopes held by some scientists that the telescope could somehow be repaired.

“It’s a huge loss,” said Carmen Pantoja, an astronomer and professor at the University of Puerto Rico who used the telescope for her doctorate. “It was a chapter of my life.”

Scientists worldwide had been petitioning U.S. officials and others to reverse the NSF’s decision to close the observatory. The NSF said at the time that it intended to eventually reopen the visitor center and restore operations at the observatory’s remaining assets, including its two LIDAR facilities used for upper atmospheric and ionospheric research, including analyzing cloud cover and precipitation data.

The telescope was built in the 1960s with money from the Defense Department amid a push to develop anti-ballistic missile defenses. It had endured hurricanes, tropical humidity and a recent string of earthquakes in its 57 years of operation.

The telescope has been used to track asteroids on a path to Earth, conduct research that led to a Nobel Prize and determine if a planet is potentially habitable. It also served as a training ground for graduate students and drew about 90,000 visitors a year.

“I am one of those students who visited it when young and got inspired,” said Abel Méndez, a physics and astrobiology professor at the University of Puerto Rico at Arecibo who has used the telescope for research. “The world without the observatory loses, but Puerto Rico loses even more.”

He last used the telescope on Aug. 6, just days before a socket holding the auxiliary cable that snapped failed in what experts believe could be a manufacturing error. The National Science Foundation, which owns the observatory that is managed by the University of Central Florida, said crews who evaluated the structure after the first incident determined that the remaining cables could handle the additional weight.

But on Nov. 6, another cable broke.

A spokesman for the observatory said there would be no immediate comment, and a spokeswoman for the University of Central Florida did not return requests for comment.

Scientists had used the telescope to study pulsars to detect gravitational waves as well as search for neutral hydrogen, which can reveal how certain cosmic structures are formed. About 250 scientists worldwide had been using the observatory when it closed in August, including Méndez, who was studying stars to detect habitable plantes.

“I’m trying to recover,” he said. “I am still very much affected.”

The collapse comes at the end of a difficult period for Arecibo. In August, the observatory suffered its first major malfunction, when an auxiliary cable came loose from its socket and fell onto the observatory’s dish, punching a large hole in the structure. At the time, NSF and the University of Central Florida (UCF), which oversees day-to-day operations at Arecibo, vowed to investigate the failure and fix the damage in order to get the observatory up and running again.

But as engineers were figuring out a path forward for repairs, a second main cable failed on November 6th. This time, the cable snapped and also fell onto Arecibo’s giant dish, causing damage to other cables nearby. Engineers found that the other cables could not be guaranteed to hold. The NSF concluded that Arecibo would eventually collapse if no actions were taken; they just didn’t know when the collapse might occur. The agency had hoped to demolish the structure before it took place.

The NSF’s decision to tear down Arecibo was met with a lot of pushback from fans of the telescope. Arecibo has been a major beacon of opportunity in Puerto Rico as well as an incredible asset for peering into the cosmos. The observatory has been used to identify distant exotic objects like pulsars, as well as to listen for mysterious blasts of radio waves coming from the distant Universe. Scientists also used Arecibo in 1974 to send out a picture message out into the cosmos, detailing humanity’s achievements for anyone who might be listening. Arecibo has also made numerous cameos in television and film, including GoldenEye and Contact.

The Very Long Baseline Array can do things that Arecibo could never have accomplished.
Still, it is sad to see it fall into disrepair and abandonment.
I no longer have a good reason to visit Puerto Rico

The Arecibo radio telescope was the second largest in the world. The largest one and the only one of its type is located in Guizhou Province, China.

And its capabilities are no match for the Very Long Baseline Array.

They both have strengths and weaknesses. Unfortunately funding is drying up the VLAs and well as in other areas of astronomy. It’s a very expensive hobby.

The Very Long Baseline Array contains dishes under the auspice of disparate countries and agencies. Rich people have expensive hobbies, as you call it.
If that weren’t true, NASA would never have existed.
The antennas that make up the VLA and the VLBA can rotate 360 degrees in azimuth and from horizon to horizon in elevation. Neither Arecibo nor Tianyan can do either.

Don’t you realize that all the folks in Puerto Rico want YOU to do their repairs for them, buy them food, clothes, etc while they do nothing. Whoever put this facility in PR in the first place should be strung up. Why didn’t they build it in America instead? Or worse yet….when this is rebuilt will the contract go to the jew construction companies? Of course. Maybe that was the plan after all….let it fall into total disrepair and rebuild it elsewhere at a cost of a few trillion dollars into the jew coffers?

Another white elephant for the graveyard. Puerto Rico represents all kinds of US taxpayer savings, potentially. Probably still don’t have a hurricane construction standard.

What are you waiting for?

…perhaps The Great Reset involves shutting down all avenues of learning and understanding for the plebes, keeping the tech for the oligarchs alone? Maybe there is an asteroid headed our way and they don’t want the rest of the world to know? Or, they are just not repairing anything as their goal is to let it all rot, as they kill off 6.5 billion of us. 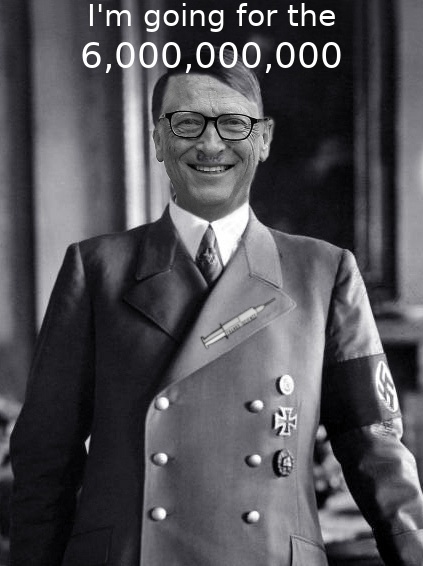 This sort of equipment is for use by intelligent humans wanting to learn. It was built in the 60s by the last American generation that wanted to learn and travel the universe.

Today generations are into radical equality and outcome based education where the brightest are shunned if not hated because others were not gifted. Hard work studying, mathematics, engineering, physics, etc are somehow considered racist, xenophobic, and especially misogynist. Grades are socialized where everybody passes and receives a graduation certificate of some kind.
It is a laughable way of destroying a great civilization but it is what they chose and they’re so selfish, so full of hate they cannot see what’s coming.

There is no use for real scientific equipment,,, at least in the west. They just want everything free…

Have you not heard of the Very Long Baseline Array?

Let that be a hint. There isn’t much out there.

Out there there is a lot… But nothing of what exists out there is meaningful for our brief bleep we call “Life”!

There isn’t much in here either.