Alexander Dugin: ‘Why a War Will be Good for Russia’

"Once the world changes, new horizons and opportunities will open themselves. The main thing is to get down to business" 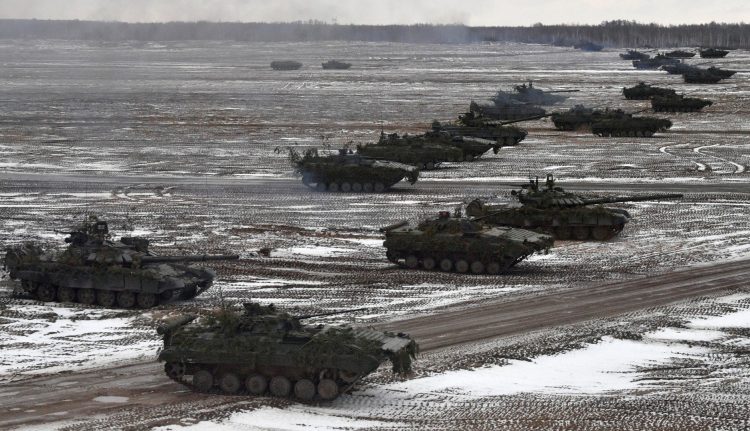 The Russia-NATO talks have taken the confrontation to a new level. Russia is firmly insisting on a formal refusal to accept the post-Soviet countries into NATO; the West persists in its position, offering in exchange something unnecessary and unimportant, or at least of secondary importance…

Moscow’s position in this case – and this is a new and important element – is not reactive and not passive, but offensive.

NATO has been actively pressuring us for 30 years, including during the whole of Putin’s 20-year period. But only now is Russia ripe to challenge this for real.

In big politics, only force decides everything. “For real” means “by force.

Moscow is taking a serious swing. And now it is impossible to take a step back, otherwise what for was it to take a swing at? We know from gangster movies and from the business of the 90s, and even from street fights, that to pull out a gun (knife, machine gun) and not shoot is almost suicide. Whoever goes for aggravation must realize that if he doesn’t, he will. We are exactly at this point now.

The unipolar world is finished. Contrary to the desperation of Biden and world elites to make one last attempt to save globalism and American hegemony – and this is the meaning of Biden’s campaign slogan (Bild BackBetter – “Rebuild Everything Again and Better”, i.e. “Back to the unipolar 90s”), or Klaus Schwab’s thesis at the Davos forum (Great Reset) – historical time is not reversible: Russia and China already represent two independent poles, solidarity on the major world problems. This means that multipolarity is established here and now.

In history, however, the change of the global world order, alas, is often carried out through wars. Without them, those who lose in no way agree to recognize voluntarily the obvious change. It is a kind of reality check…

Apparently, we still have to do what we should have done – and didn’t do – in 2014. Yes, the starting conditions are much worse, but better late than never. Nobody counts on “never” anymore. The Russia-NATO meeting showed that clearly. Both sides are ready to escalate, and to give in now means to lose irreversibly. The Kremlin clearly does not intend to do this. But the West simply cannot. That would not just be a loss of face, but an admission of defeat.

As usual, the Russians took a long time to get going, so now they must rush ahead.

Let us look into the world which is about to become a reality.

There will be no nuclear war. The stakes are too small for Washington to risk the total annihilation of humanity.

In principle, the outlined sanctions and the final demonization of Russia, the severing of its ties with Europe and the attempt to isolate it completely, exhausts the program of response. The West hopes, if not to prevent what is coming, then to manage in its favor its consequences. This will not be easy. But it is better to have the West as a full-fledged adversary than as a patron or ally (it will end – as it ended so many times in the history of Byzantium and Russia – in betrayal). The West’s claim to be the measure of universal values has failed. Even the West itself no longer believes in this. And other nations and civilizations do not have to share its historical pessimism and the onset of total perversion. Every nation has its own Logos. The Logos of the West has disintegrated into dust…

So, concretely: how will events unfold, if they do – rather than freeze into another nauseating pause?

Eastern Ukraine goes to Novorossia all the way. This is non-negotiable. It is a conscious part of the East Slavic world, always has been, contrary to the feral Russophobic propaganda. Novorossiya – the entire Left Bank + Odessa – has long been waiting for this to come true.

The new state should be immediately accepted into the Eastern Slavic Union, together with Russia and Belarus.

This project will require a new Idea.

Its main features are not difficult to see: Slavic Renaissance (tradition, identity, historical self-consciousness) + social justice that is — right-wing politics + left-wing economy, exactly what everyone is waiting for. We will lose the sixth column immediately after the first shot is fired, we won’t have to convince anyone — it will self-destruct from terror. Liberalism and Westernism will disappear, everything else – both left-wing and right-wing – will remain. This is where the task is to unite them in the name of the great goal. And so it will be.

The sanctions the West is threatening will finish the rest – you can’t think of a better tool to purge traitors and foreign agents. Only the patriots who have nowhere to go and nowhere to run will survive. And it will be their hour – our hour – delayed for seven sluggish years.

The question of Western Ukraine is open. We will hardly be welcomed there. But if we liberate the Ruthenians and transfer some of Kolomoisky’s structures to individual Kiev tycoons, (which are in the East, and therefore will be assimilated from the beginning of the campaign), something can be worked out. However, this will require not only military, but also ideological efforts. If something is taken away, something must be given. With the East of Ukraine everything is clear. With the West not everything, or rather nothing at all is clear.

Here lies the main problem – we can push the border much further to the west and bring our 20 million people back into their native Eastern Slavonic context. But American military bases are unacceptable for us, even on the right bank. However, once the world changes, new horizons and opportunities will open themselves. The main thing is to get down to business.

Although the main direction is west, it is important to differentiate our steps.

In parallel with the East Slavic Union, it is necessary to make the Eurasian Union a reality. The attempted uprising in Kazakhstan and the Taliban factor in Afghanistan reminded us that things are shaky in Central Asia too. We must act decisively there as well. Our friends and allies must quickly decide to what extent they are real friends. And to act accordingly, rather than to appoint Russophobes to ministerial posts. This will have to be paid for seriously.

We have a great ally – China, which has yet to go through something symmetrical with Taiwan and with the protection of territorial integrity – in Xinjiang, Tibet and in the border zones. Its support is key. The West is fighting a war on two fronts — with us, and with the Chinese. This is a unique opportunity – we are a military colossus, China is an economic colossus. Together we are comparable to the West and even outweigh it. And most importantly: they, in the West, are the past, we are the future.

It is important to involve other allies, especially Iran and Pakistan (we are about to have summits with these countries). In addition, it is necessary to secure at least the neutrality of Turkey and India, which is almost guaranteed.

And then we can start….

We are best at direct action. We get lost and confused in negotiations and time is running out. After the first decisive move is made, we will find ourselves in a new reality with new laws.

We’ll figure it out there.

Editor’s note: Dugin is wrong to be pro-war, but he’s not wrong to say war would be to Russia’s advantage.

The only real argument against the war is the humanitarian one. A lot of people, Russians and Ukrainians will be dead. And that’s the decisive argument which means there shouldn’t be a war.

Another argument could be that the Putin-Medvedev-Mishustin aren’t the right people for the job, and wouldn’t do the task justice. (They couldn’t be trusted to go far enough.)

But aside from that, overruning Ukraine, federalizing it, and bringing it into the Russia-Belarus Union (perhaps without some western parts) would make sense for Russia and I think it’s doable.

That’s why I’m afraid of war, because I too can see how — if one hardens their heart against bloodshed which we shouldn’t — it would make sense. It would very likely be to Russia’s long-term historic benefit.

In the exact same way that it would be very difficult to argue that Lincoln’s reattachment of the South to the US didn’t in the long-term enhance its power.

We’d go from East Slav expending energies on infighting to East Slavs united in a common bloc and presenting a unified front. (What Prussia did for Germany in 1866, likewise with a fratricidal war.) If not for all the mothers who would lose their sons it would be downright attractive.

Something similar has to be done in a peaceful way even if it will take far longer and have less chance of success.