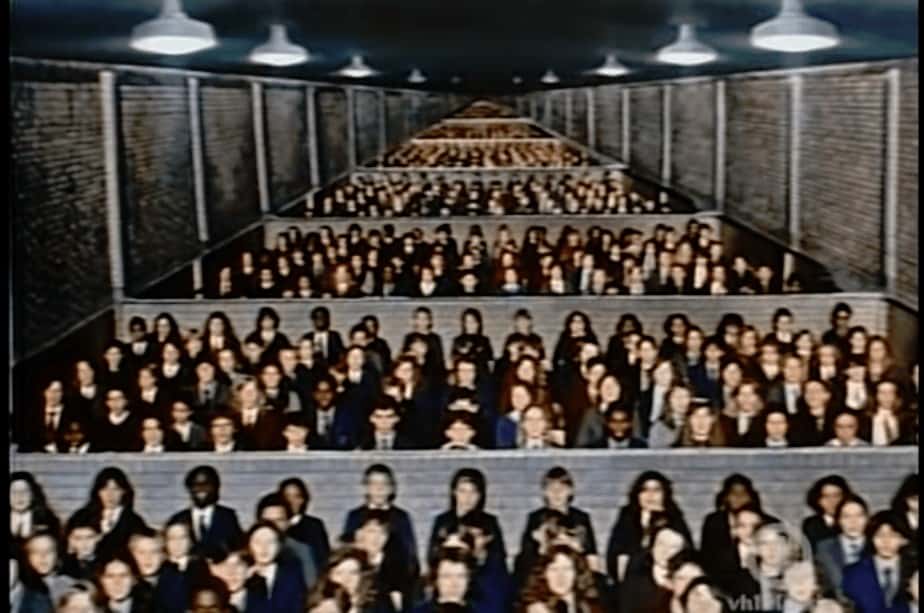 The coronavirus pandemic is already triggering a massive upheaval in the way we live. But amid the chaos, extreme liberal social engineers are plotting fresh attacks, hoping to upend even the things many of us take for granted.

In little over two months, governments across the Western world have granted themselves the power to place their entire citizenry under house arrest, all in the name of fighting the coronavirus. From the British constabulary breaking up illegal picnics, to American law enforcement seeking the power to detain indefinitely without trial, civil liberties have been assaulted in every corner of the free world.

Will the trade-off be justified? Only time will tell. However, just as governments have flexed their authoritarian muscles, the media and academia have already decided how they want the post-coronavirus world to look, and it’s a hellish dystopia.

Feminize if you want to live

Relatively little is known about the virus, and some of its characteristics – like the AIDS-like attack on the immune system it causes – have baffled scientists. However, the pathogen seems to pose a greater threat to men than women. Armed with this fact, the New York Times decided on Monday that pumping men full of female sex hormones could be a cure.

To be fair, scientists are only studying this as a potential avenue of treatment, yet the Times never once questioned the idea of chemically castrating half the population to stop the bug. Men, it says, will get used to “tenderness in the breast and hot flashes.”

While the idea of hormonally breaking the American male may excite a small subset of the Times’ cat-lady readership, the studies described are niche ones. But the mainstream media has some equally drastic plans to reshape your life, right down to the food you eat.

A bug, but also a feature

Tyson Foods, one of the US’ largest meat processing mega-corporations, announced on Sunday that “the food supply chain is breaking.” Sicknesses at its plants mean that “millions of pounds of meat will disappear from the supply chain,” Chairman John Tyson warned in a letter to the New York Times.

A simple fix for this looming crisis would be to relax USDA regulations that favor factory farmers, and allow small producers to sell to local retailers. At present, regulations essentially prohibit the slaughter of livestock in any facility that can’t afford to comply. Rep. Thomas Massie, a dissident Kentucky Republican, has already proposed a bill to resolve this, and to allow consumers to buy directly from farmers.

Here’s an interview I did a few years ago that explains how creating one small exemption to one regulation could help facilitate a revival of safe, healthy, local, and affordable beef and pork:https://t.co/cCl6CPxRcz

The media, however, have other ideas. “You should start eating bugs,” Popular Science wrote last week. “Here’s how,” it continued, before describing the “wonderful tanginess” of ants, and imploring readers to “conquer their fear” of scorpion stew. Hundreds of articles extolling the virtues of an insect-based diet are churned out every month. Insects are the “food of the future,” we hear. “Beef won’t be what’s for dinner much longer,” the bugmen proclaim. There are many such cases.

Of course, if we lusted after bugs the same way we crave red meat, they wouldn’t have to try so hard. These articles always mention Westerners’ “cultural hang ups” about eating creepy-crawlies as something to be overcome, something to be engineered out of us. In short, they’ll have to break us before we start guzzling down mealworms, and they relish the thought.

Why do these schoolmarm, micromanager types care so much? Apart from their having internalized the concept of equality so deeply that in the absence of happy meals for the world’s seven billion people they’d sooner see us all eating crickets, they care because a juicy, flame-grilled steak symbolizes the red-state, masculine independence they long to snuff out.

None of the last vestiges of this independence are off limits, including your family. “This pandemic has exposed the myth of the nuclear family,” the Guardian’s Zoe Williams wrote last month, before columnist Suzanne Moore exhorted “we need to disband the nuclear family for good.” The Washington Post’s Ian Corbin joined in the chorus when he prophesied “the coronavirus might break the nuclear family. That wouldn’t be a bad thing.”

The nuclear family – with all of its patriarchal overtones – has long been the mortal enemy of feminist bloggers and the wannabe lesbian commissars who write for the Guardian. However, the societal shake-up brought about by the coronavirus has given these people fresh impetus to push their ideas into the mainstream.

Single-family dwellings, the cornerstone of American life – are “racist,” liberal think tanks have declared. Homeschooling is evil and “authoritarian,” and perpetuates “white supremacy,” a Harvard professor claimed last week. Individualism itself will fade away, as “science reigns again,” a group of “thinkers” told Politico.

A serious crisis is “an opportunity to do things that you think you could not do before,” former Chicago Mayor Rahm Emanuel famously said in 2008. More than a decade later, and with the world softened up by a rampaging virus, the social engineers have taken his words to heart.

For these spiritual Grinches, the current crisis is Christmas. It’s an opportunity to purge the last spark of vitalism and danger from the human spirit, and further domesticate us. They want us to eat the bugs, to live in filthy communal harmony, and to remain forever in thrall to the state. They’ll tell you it’s for a greater good, but the end result is the same.

Those of us who value freedom need to push back. We can’t nod along when politicians talk of the “new normal.” We can’t assume things will return to how they were. We need to look our masters and their press apparatchiks in the eye and reply: “I will not live in the pod. I will not eat the bugs.”