While everyone is still trying to process the finale and final season of Game of Thrones in their own way, one common refrain is “don’t cancel HBO until you at least watch Chernobyl.” It’s a harrowing, gripping account of the Chernobyl disaster in Russia [Ukrainian SSR actually], and three episodes in, it has already hit a pretty stunning milestone.

IMDB fan voting has its issues to be sure, but when you look at the list, it’s hard to argue that most of these shows don’t deserve to be on it, and it’s impressive that Chernobyl sits above all them, and is doing so with a not insignificant amount of votes.

Here are the top ten shows of all time according to the site at the present moment. If shows are tied, I assume that the un-rounded average is a bit lower for the other shows.

Rounding out the top 20 are other picks like Rick and Morty, The Sopranos, Avatar: The Last Airbender and Sherlock. Moving into the top 50 you’ll find Firefly, Black Mirror, Arrested Development, Seinfeld, Friends and Stranger Things.

I don’t know if you can make the argument that Chernobyl is the greatest show ever made after just three episodes, but it’s hard to deny that it’s anything other than an absolutely stunning achievement of filmmaking and deserving the accolades it’s getting. As Game of Thrones went on a quality rollercoaster during season 8, without fail I was dying to watch Chernobyl the next day (err, poor choice of words, perhaps), because even though it’s essentially just a historical documentary, it’s just so damn good that it’s easily one of the best shows on TV right now, and absolutely has the chance to be an all-time great when all is said and done, as it seems unlikely a miniseries like this is suddenly going to suffer from sort of great drop in quality going forward.

The bad news? This is a short series. There are only going to be five episodes total, fewer than the eight or six many were guessing at. And given that it’s, you know, history, there’s not going to be a season 2, no matter how acclaimed it may be.

So enjoy Chernobyl while it lasts and realize that in many ways, you’re witnessing TV history. It may be getting 8% of the viewership of Game of Thrones, but it’s absolutely a reason to keep your HBO subscription a little longer. [Or just torrent it from PirateBay.]

I have only seen outtakes of it. People I know who have seen it like it.

Speaking of Nuclear Power and broken promises, not only is it not safe and a catastrophe in the making but it’s not cheap either. Check out this early promotion. 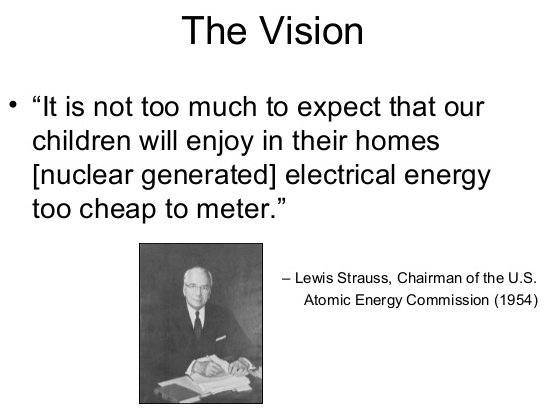 What makes you think that Chernobyl and Fukushima were accidents?

1- Chernobyl brought down the Soviet Union. Chance or bribery? It cost only $3000 to bribe the guy who placed the bomb that assassinated Zakharchenko the leader of Donetsk.

Personally, I don’t believe in “accidents”