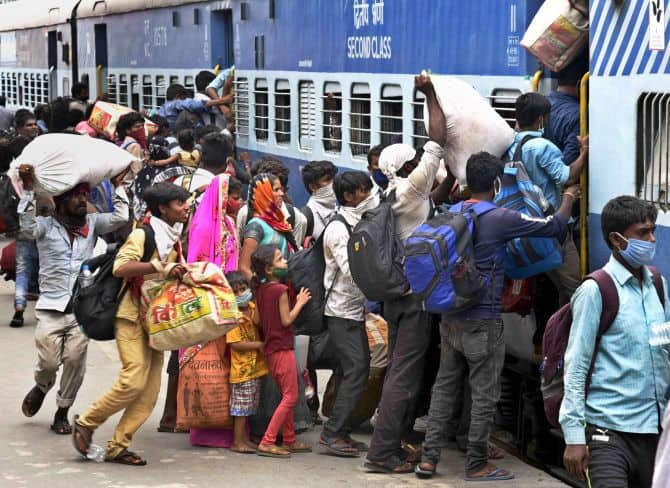 80 migrant workers died just on the repatriation trains when they were finally activated in a limited capacity many weeks into the lockdown.

How many had already died by that time? And how many among the much more numerous portion which had been forced to walk home (trains came late and even then were not run in sufficient numbers)?

(In fact in some states and cities the authorities were actively obstructing the famished, out-of-work migrant workers from going home on the orders from the construction lobby which wanted the labor force in place to enable a quick restart after lockdown end.)

Around eighty people died between May 9 and May 27 on Shramik Special trains meant to ferry migrant workers home, according to Railways officials.

One of them was a coronavirus victim, and eleven others died from co-morbidities.

The plight of migrant workers stranded by India’s sweeping coronavirus lockdown — and often forced to walk long distances to reach their hometowns — has emerged as a major humanitarian challenge during the pandemic.

One of the many heartbreaking images that capture the scale of the crisis comes from a recent video of a child trying to wake up his dead mother at the Muzaffarpur railway station. She was travelling in a Shramik train.

The special trains were launched on May 1; they have already ferried lakhs home.

States like Bihar, West Bengal and Odisha have reported significant rises in coronavirus cases amid the large-scale return of migrants.

India’s total case count has crossed 1.73 lakh, a number that includes over 4,900 deaths, according to central government data.