70,000 Households in UK Made Homeless During the War on Death 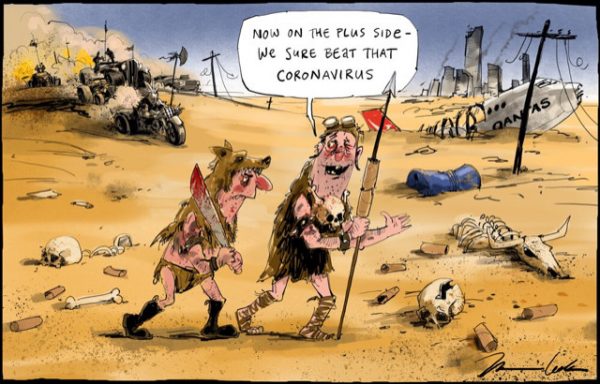 More than 70,000 households have been made homeless since the start of the pandemic, with tens of thousands more threatened with homelessness, despite government pledges to protect tenants and prevent evictions, according to figures compiled by the Observer.

The housing secretary, Robert Jenrick, tweeted in March last year that “no one should lose their home as a result of the coronavirus epidemic”.

But despite the government banning evictions for most of the last 10 months, the Observer’s figures show that 207,543 households approached their local council for help with homelessness or the threat of homelessness between the start of April and the end of November 2020.

The figures are based on freedom of information data from 231 councils covering April to November 2020, supplemented with published government data covering April to June for 78 councils that did not respond to the FOI request. Campaigners point to a rise in people made homeless because friends and family stopped housing them during the pandemic.

Labour’s shadow housing secretary, Thangam Debbonaire, said: “The government promised nobody would lose their home because of [the insane response to the] coronavirus. These figures show that promise has been broken.

Polly Neate, chief executive of Shelter, said: “Even with the bailiff ban extended, we know people will still become homeless every day as they have done throughout this pandemic. Homelessness doesn’t just come from legal evictions. It comes from breakdowns in relationships, fleeing domestic abuse, illegal evictions, or when those with no real protection under the law, like lodgers, are kicked out. And indeed many of the people who were previously ‘hidden homeless’ because they were sofa-surfing now have nowhere to go due to Covid restrictions and face the very real threat of passing the virus on.”

The Ministry for Housing, Communities and Local Government did not respond to a request for comment.