Together they employ two-thirds of European workers 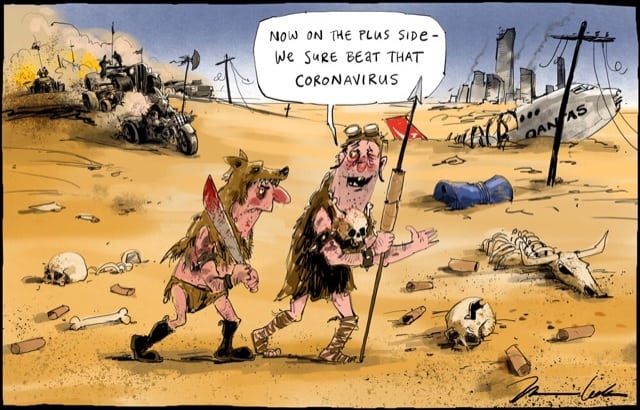 Over half the small and medium-sized companies which together provide jobs for two-thirds of European workers fear for their survival in the coming 12 months, according to a survey released by management consultancy McKinsey on Thursday.

The survey was conducted in August, before the current acceleration in new coronavirus cases across Europe that is forcing governments to impose new restrictions on activity and prompting speculation of fresh national lockdowns.

The finding comes as warnings multiply of an impending wave of business insolvencies and as the International Monetary Fund and others urge the region’s governments to double down on state support to help companies weather the coronavirus pandemic.

The McKinsey survey of more than 2,200 companies in five countries – France, Germany, Italy, Spain and Britain – found that 55% expected to shut down by September next year if their revenues remained at current levels.

At the current trajectory, one in 10 small and medium-sized companies were expected to file bankruptcy within six months.

“This is a substantial burden on the financial sector,” report co-author Zdravko Mladenov said of just one of the knock-on impacts of such a development, which would also send jobless totals surging and stymie wider investment in the economy.

Economists polled by Reuters last month forecast that the euro area economy would grow by just 5.5% next year after a fall of around 8% this year but warned that even that patchy recovery was vulnerable to a further spread of the virus.

Small and medium-sized enterprises (SMEs) are defined as those with 250 or fewer employees.

In Europe, they employ over 90 million people but their small size makes them vulnerable to cash flow crises. In Spain, for example, 83% of the 85,000 businesses that have collapsed since February employ fewer than five workers.

State measures across the region ranging from moratoria on bankruptcies to loan repayment holidays have until now kept thousands of struggling businesses afloat. But as those measures are in some cases wound down, Germany’s Bundesbank and the Bank of England are among those warning of rising insolvencies.

“Policymakers need to do whatever it takes to contain the pandemic and its economic damage, and not withdraw support prematurely to avoid repeating the mistake of the global financial crisis,” the IMF said in its blog this week. (Blog: bit.ly/2Hp1sLS)

“For companies, policies now need to go beyond liquidity support and ensure that insolvent but viable firms can remain in business,” it added, citing measures to facilitate debt restructuring or make equity available to viable firms.