Mariupol is a city in Donbass, the third largest after Donetsk and Lugansk, and as pro-Russian as any in the region. (Donbass never considered Ukrainians and Russians to be distinct, or Moscow to be any more foreign than Kiev.) In 2014 its residents rose up, withdrawing obedience from Kiev which had just been taken over by putschists who had killed over 100 of their own protestors in a false flag sniper massacre, but their rebellion was crushed when the goons of the Social-Nationalist Assembly rolled in from western Ukraine. This is now hailed as a “liberation”.

The occupying western Ukrainian goons proclaimed themselves the “Azov Battalion” after the nearby sea, but rather than drive up north and join the bloody battles with rebels and the Russian volunteers of Strelkov around Slavyansk, and then at Donetsk airport, Azov preferred to leave most of the heavy bleeding to Ukrainian regulars and the Right Sector (the other major right-wing faction) while it itself remained in sunny Mariupol and strenghtened its hold over its newly-conquered fief.

Months later “Azov” was, along with other far-right volunteer militias, included into the official armed forces of Ukraine under the Interior Ministry. This means Kiev supplies the battalion and pays the members a salary, but they pick their own officers and the battalion inducts recruits directly. This “regularization” coupled with its extreme focus on Mariupol from day one has allowed Azov to remain the military and overarching police power in the city without interruption to this day.**

So we have the surreal situation that after 7.5 million Russian and other Soviet soldiers, partisans and militiamen fell to prevail in WWII, 74 years later a Russian-speaking city is thanks to NATO and the EU nonetheless under occupation by Nazis, albeit of the Ukrainian variety. 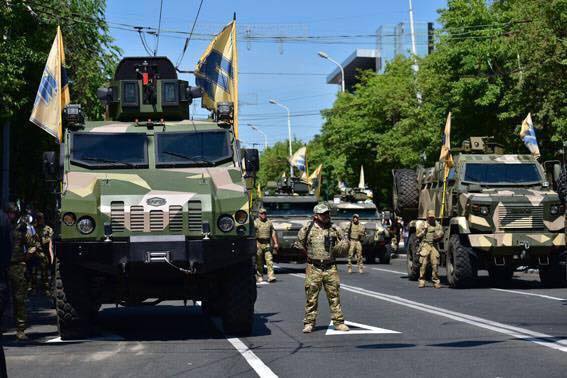 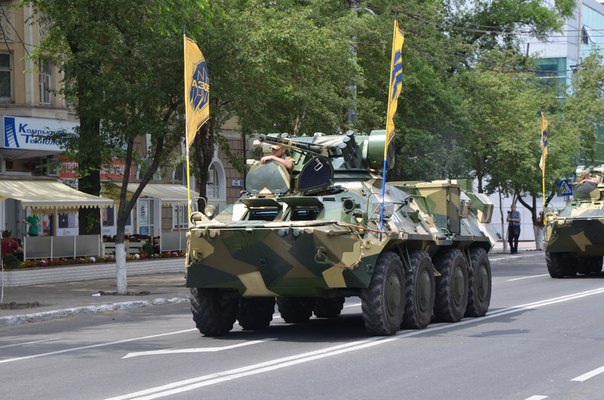 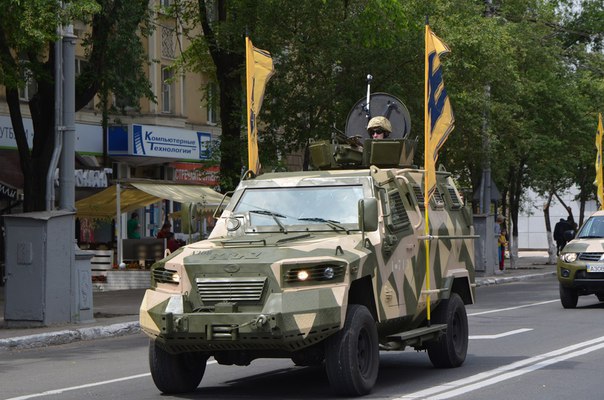 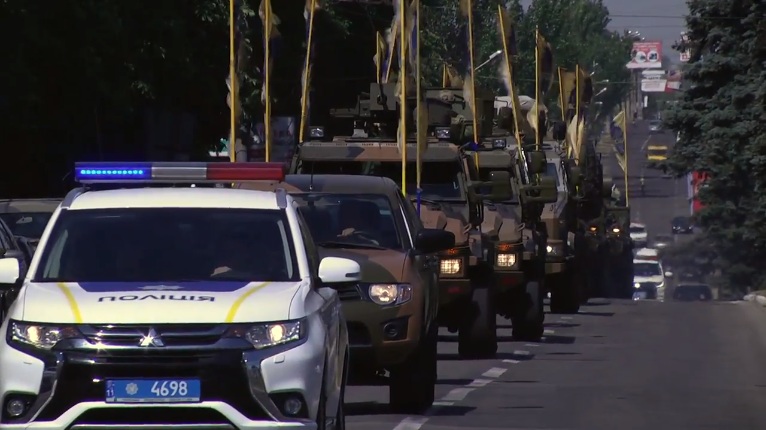 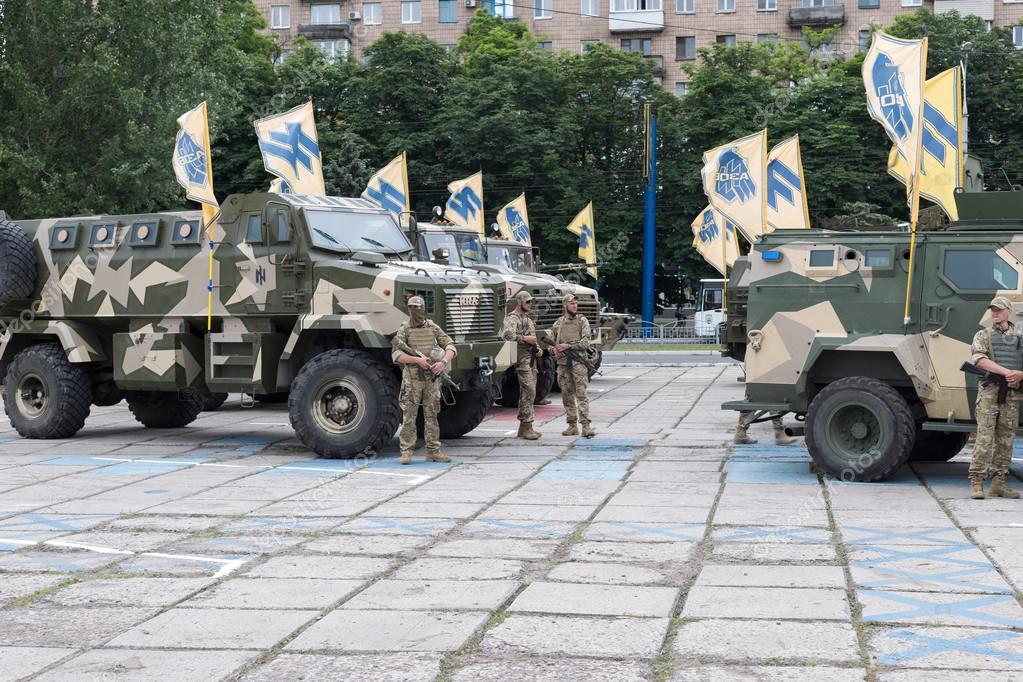 Each year around this time, Mariupol residents are subjected to Azov parades brandishing symbols their grandfathers fought to drive out of this land. And collective Europe which claims to draw its foundation in the defeat of Nazism in 1945 looks on, at best indiferent, at worst rooting for the Nazis and backing the side they are a part of.

The hypocrisy got kicked up a notch higher this year as Ukraine’s new President who also happens to be Jewish joined the festivities albeit he strategically avoided arriving in time for the Azov military parade. He’s not comfortable rubbing shoulders with them, but leaving half a million people under their boot and calling that a “liberation”, that’s perfectly fine.

Yeah, in 2019 a Russian-Ukrainian city in Europe is occupied by US-backed Nazis to whom a European-backed Jewish President pays homage to.* But I guess the important thing is that Alex Jones was banned over chemtrails or something, beause that’s how very serious the West is about opposing Nazism.

*US Congress initially introduced legislation that would prevent US military aid to Ukraine be distributed to Azov but later struck it down.

** Azov also benefited from its close alliance with Ukraine’s security chief Turchynov. Albeit as a purely neo-Nazi outfit Azov is ideologically more extreme than the Banderist Right Sector of Dmitry Yarosh, it was politically more pragmatic and willing to play nice with pro-EU Kiev. Where Yarosh frequently challenged the authorities leading him into a confrontation he eventually lost, Azov’s Biletsky instead allowed himself to be elected MP on the coalition list of Yuliya Timoshenko. In essence where Yarosh had romantic national ambitions Azov was focused on Mariupol.