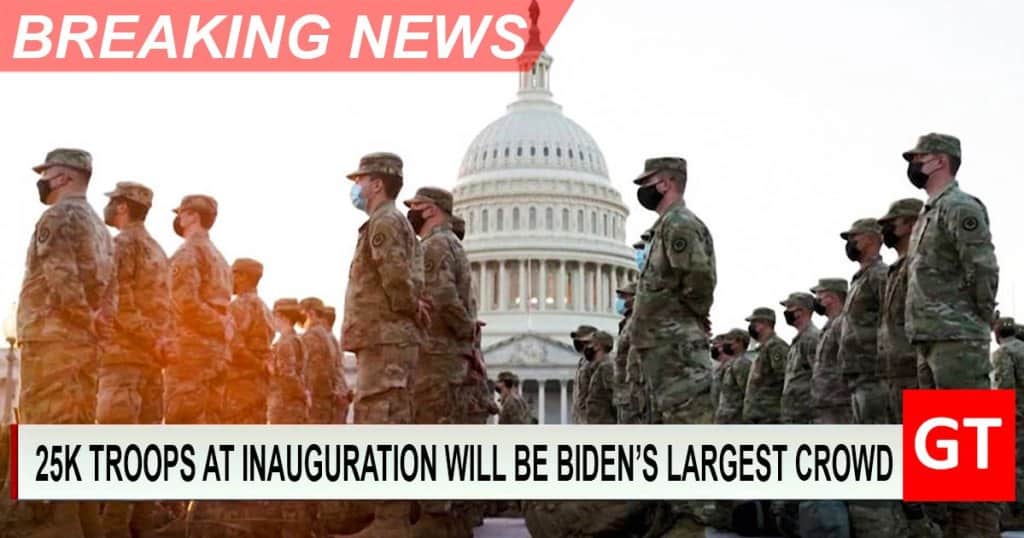 As many as 25,000 National Guard personnel are pouring into Washington, DC to enhance security for Wednesday’s presidential inauguration, which will make the event Joe Biden’s largest crowd by roughly 24,945.

“It’s absolutely clear that Biden is the most popular president ever elected to office and proof is all the people pouring into the capital to see the historic inauguration,” Biden’s Communication Director Bea Arthur said.

The National Guard troops were called in to replace the people who weren’t interested in attending an inauguration for an illegitimate president after stealing the presidency.

Biden discussed the potential crowd at a press conference.

“I’m used to big socially-distanced crowds of people in their cars and sitting in circles,” Biden said. “This is going to be really something!”

Biden’s previous record for a rally or event was 55.

2 Comments
Leave A Reply
Cancel Reply
Read the rules before you think about commenting
Telegram Group
AE has a supporting readers Telegram group where we hang out and exchange leads and takes. If you have ever donated to AE drop me a line on email and I'll send you the link to join.