250,000 People Die From Medical Error in the US Every Year

It's the third leading cause of death in the country responsible for 9.5 percent of all deaths

“My little angel” is how Christopher Jerry describes his daughter Emily.

At just a year and a half, Emily was diagnosed with a massive abdominal tumor and endured numerous surgeries and rigorous chemotherapy before finally being declared cancer-free. But just to be sure, doctors encouraged Chris and his wife to continue with Emily’s last scheduled chemotherapy session, a three-day treatment that would begin on her second birthday.

On the morning of her final day of treatment, a pharmacy technician prepared the intravenous bag, filling it with more than 20 times the recommended dose of sodium chloride. Within hours Emily was on life support and declared brain dead.

Three days later she was gone.

Sadly, Emily’s case is not unique. According to a recent study by Johns Hopkins, more than 250,000 people in the United States die every year because of medical mistakes, making it the third leading cause of death after heart disease and cancer.

Other studies report much higher figures, claiming the number of deaths from medical error to be as high as 440,000.  The reason for the discrepancy is that physicians, funeral directors, coroners and medical examiners rarely note on death certificates the human errors and system failures involved. Yet death certificates are what the Centers for Disease Control and Prevention rely on to post statistics for deaths nationwide.

‘The system is to blame’

Makary defines a death due to medical error as one that is caused by inadequately skilled staff, error in judgment or care, a system defect or a preventable adverse effect.

This includes computer breakdowns, mix-ups with the doses or types of medications administered to patients and surgical complications that go undiagnosed.

“Currently the CDC uses a deaths collection system that only tallies causes of death occurring from diseases, morbid conditions, and injuries,” Makary stated in a letter urging the CDC to change the way it collects the nation’s vital health statistics.

“It’s the system more than the inpiduals that is to blame,” Makary said. The U.S. patient-care study, which was released in 2016, explored death-rate data for eight consecutive years. The researchers discovered that based on a total of 35,416,020 hospitalizations, there was a pooled incidence rate of 251,454 deaths per year — or about 9.5 percent of all deaths — that stemmed from medical error.

“Medical-care workers are dedicated, caring people,” said Chris Jerry, “but they’re human. And human beings make mistakes.” According to him, the day Emily was given her fatal dose, the hospital pharmacy was short-staffed, the pharmacy computer was not properly working, and there was a backlog of physician orders.

Afterward Chris said he discovered that pharmacy technicians, rather than well-trained and educated pharmacists, are compounding nearly all of the IV medications for patients. And many states have no requirements, or proof of competency, for these pharmacy technicians.

To seek greater safeguards for patients, Chris founded the Emily Jerry Foundation in 2008. EJF focuses primarily on medication safety and better training for pharmacy technicians, as well as backup procedures that will improve the health-care system. Last year he unveiled the Emily Jerry Foundation’s National Pharmacy Technician Initiative, an interactive scorecard to make the public aware of unsafe pharmacy practices in the United States. He also travels throughout the country, speaking out about key patient safety-related issues and best practices proven to minimize the “human error” component of medicine.

Any new tools ‘will be a game changer’

Pascal’s chief medical information officer, Dr. David Classen, is also associate professor of medicine at the University of Utah and an active consultant in infectious diseases at the University of Utah School of Medicine in Salt Lake City. He admits there are problems: “The system of care is fragmented,” he said. “Any tools that enable patients to manage their health-care needs will be a game changer.”

To improve the safety of medication use, Classen developed and implemented a computerized physician order-entry program at LDS Hospital in Salt Lake City. “Harnessing health information technology through the use of electronic health records of hospitalized and ambulatory patients is essential,” he said.

Many hospitals, for their part, are seeking to keep pace with increasingly available technology to improve patient safety. Kim Lanyon, a senior ICU nurse at Danbury Hospital in Connecticut, said all electronic records there are double-checked, and fail-safe devices are in place.”

At Mount Sinai Hospital in New York City, Dr. Vicki LoPatchin oversees a Good Catch Award, given to medical personnel who identify potential or existing errors related to their patients’ care. Similarly, most physicians’ offices now keep records electronically, as well as recording conversations among doctors, nurses and their patients in order to make certain there is clarity and that no mistakes result.

Even so, Makary said ordinary complications can occur, especially from unneeded medical care. According to him, “Twenty percent of all medical procedures may be unnecessary.” He faults also the overprescription of medication following surgery, particularly opioids.

Doctors, he said, have been encouraged by drug companies, sometimes through cash payments, to “promote” their products, as revealed by the website Dollars for Docs.

What patients can do to protect themselves

According to Dr. John James, a patient-safety advocate and author of A Sea of Broken Hearts: Patient Rights in a Dangerous, Profit-Driven Health Care System, patients need to take charge. “There needs to be a balance between the provider community and the patients. It is not an even relationship at all.”

In 2002 James lost his 19-year-old son after he collapsed while running. He had been diagnosed with a heart arrhythmia by a cardiologist a few weeks prior and was released from the hospital with instructions not to drive for 24 hours.

“His death certificate said he died of a heart arrhythmia,” he said, but my son really died as a result of “uninformed, careless, and unethical care by cardiologists.” He explained: “If you have a patient with heart arrhythmias of a certain level and low potassium, you need to replace the potassium, and they did not. And they didn’t tell him he shouldn’t go back to running.” Communication errors, he said, are “unfortunately very common.”

In 2014 James retired early to devote his life to improving patient safety. His mission: to teach people how to be empowered patients. He has created a patient bill of rights, which he’s been pushing to become federal law. Yet so far he said his letters to the Centers for Medicare & Medicaid Services have gone unanswered.

“Makary has a lot of courage,” James said. “A lot of the retired doctors will tell you it’s a mess and it’s terrible. But for a young physician to come out and say what he did, that’s pretty bold. Makary is a brave guy.”

James’ site, Patient Safety America, lists the three levels in which patients can protect themselves. These include being a wise consumer of health care by demanding quality, cost-effective care for yourself and those you love; by participating in patient-safety leadership through boards, panels and commissions that implement policy and laws; and by pushing for laws that favor safer care, transparency and accountability.

Here are some other ways patients can be vigilant right now:

Ask questions. Gain as much insight as you can from your health-care provider. Ask about the benefits, side effects and disadvantages of a recommended medication or procedure. Use social media to learn more about the patient’s own condition, as well as those medications and procedures for which they were prescribed.

Seek a second opinion. If the situation warrants or if uncertainties exist, get a second opinion from another doctor: A good doctor will welcome confirmation of his diagnosis and resist any efforts to discourage the patient from learning more — or what Makary calls, “attempts to gag the patient.”

“Too often,” he said, “the health-care system silences people around a problem.” Why? Many doctors are reluctant to speculate, but some admit the answers range from simple ego to losing a patient to another doctor they trust more.

Bring along an advocate. Sometimes it’s hard to process all the information by yourself. Bring a family member or a friend to your appointment — someone who can understand the information and suggestions given and ask questions.

Ilene Corina, president and founder of the Pulse Center for Patient Safety Education & Advocacy, based in Wantagh, New York, urges both the patient and their advocate to be “respectful but assertive” in seeking answers to the questions they may have. In some cases, she recommends a “designated medication manager” to be a safety check on the advice the care provider gives.

Download an app. By having your medical information literally in the palm of your hand, you can work as a team with your doctor to cut your risk for medical errors. Health-care apps can be simple or complex, and depending on your age and condition, you can manage your well-being, medications and more.

Best advocate: Bring a lawyer who specializes in medical malpractice. Result: You get careful care.

One of the biggest reasons for medical errors is that the medical staff is using drugs. Anesthesiologists are one of the best paid professions in the medical field but they also have access the state of the art pain killers. Drug abuse is high in this profession partly due to the high level of stress in the operating room where an anesthesiologist may handle operations due to a variety of reasons from accidents to removing tumors.

It is said that the Surgeon is actually “killing” the patient when he cuts while the Anesthesiologist is maintaining the life by monitoring the patients heart beat, breathing and administering the Anesthesia. Many of them take these state of the art medications and are high in the operating room. They are often sent to rehab including NA meetings but seldom fired. Then you have the regular staff who use everything from pot to other recreational drugs and are high while on the job.

Sorry Charlie…. They’re claiming Super Duper Covid is now the 3rd leading cause of death. With the current inflation of the numbers under the scrutiny of the Federal Reserve printer experts the numbers are sure to shoot it up to first place.

The Fed doesn’t print anything of importance.

Chermo is part of the criminality..Natural cures exist but are not permitted to be published. In 1984 Dr. R Good, world’s top immunologist with the world’s 1st bone marrow transplant and 2000 papers found the natural cure for pancreatic cancer. Refused publication in all Journals. The UK 1939 Cancer Act PROHIBITS the publication of any cancer cure. That makes it illegal fir any doc to even mention such! 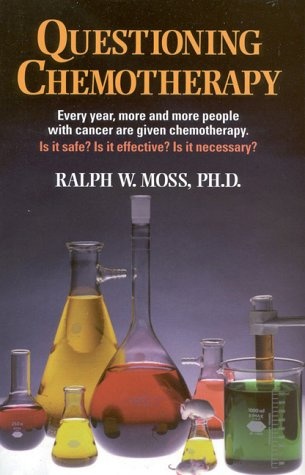