“A time is coming when men will go mad, and when they see someone who is not mad, they will attack him, saying, ‘You are mad; you are not like us.’” 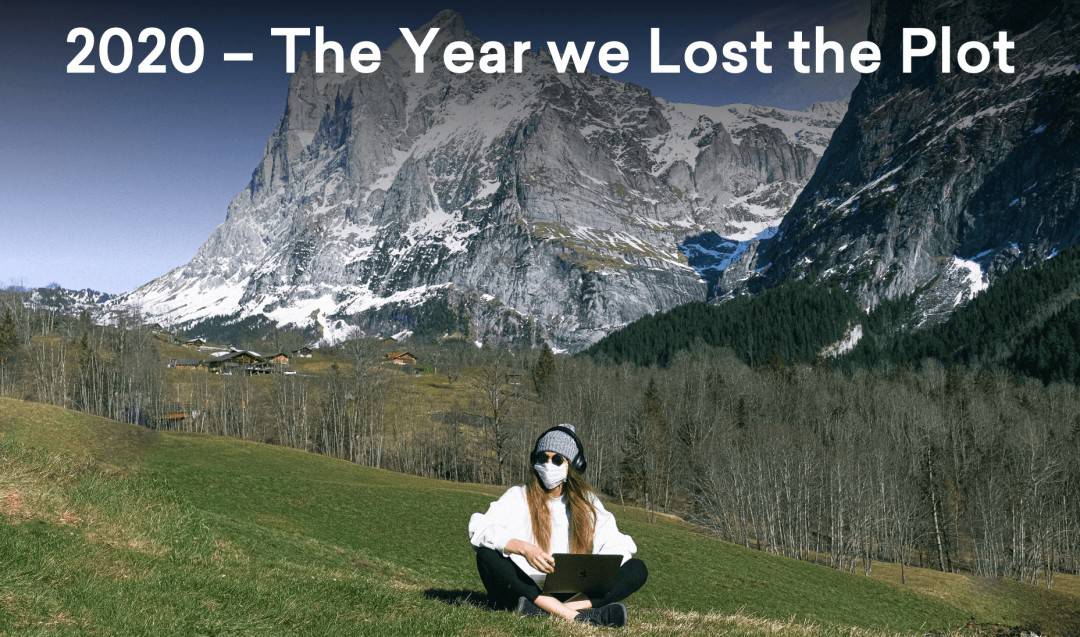 “Our Government, along with Governments around the world will shortly announce the quarantining of whole populations for a seasonal respiratory virus which leaves 99.8-99.9% of those who get it in the land of the living. What is more, they will also announce a shutdown of the entire economy for months and then, when the epidemic has actually gone, will mandate that you cover the lower half of your face with a bit of cloth. They will do this by frightening people into compliance with a barrage of propaganda, slogans, data entirely taken out of context, and the threat of massive fines.”

Anyone making this claim at the beginning of the year would rightly have been thought to have mislaid the plot and their marbles, long ago. But here we are, at the end of that same year, and it is precisely what has happened.

Only it is much worse than that.

Had you somehow been persuaded to give credence to this insane prophecy, you would probably have been comforted by the following thought: “They’ll never get away with it. The people will never stand for it.”

Not a bit of it. Somehow, millions of people across the country, and in fact across the world, were persuaded to accept it. By far the majority somehow thought that quarantining whole nations of healthy people for a virus, for the first time in history, was a good idea. Well, actually the second time in history to be precise. It was tried in 2009 by the Mexican Government during the Swine Flu outbreak, but they had the good sense to end it after a couple of weeks after realising how much it would devastate the country.

Yet not only do we have our imaginary conspiracy loon’s mad ravings come true, but those same people who have accepted it look upon those of us who have been pointing out the madness of it all as if we were those who had taken leave of our senses. Oh irony, thou hast had a field day in 2020. As St. Antony the Great put it:

“A time is coming when men will go mad, and when they see someone who is not mad, they will attack him, saying, ‘You are mad; you are not like us.’”

To cut to the chase, we have gone and thrown out reason, rationality and proportionality this year. A coronavirus, which posed a danger to a very small proportion of our society, but which actually has an Infection Fatality Rate of around 0.2% – 0.26% (not too dissimilar to a bad seasonal flu), and which could thus have been dealt with proportionality, somehow became the catalyst for the biggest mass hysteria in the history of the human race. Indeed, many were so taken in by the great hypnotic spell set in motion by charlatans with their “hard-hitting emotional messaging,” that they adopted practices so irrational and disproportionate to the threat, one wonders how they managed to live before this year.

The history books tell of one of our great Kings, Canute, demonstrating to his courtiers that contrary to their supposition, he could not in fact control the waves. In our day, it’s like King Canute has gone rogue, telling his subjects that he can control the waves and viruses, and his subjects have responded by not only believing him, but by taking any action he tells them they must do to stop the waves or the virus, including confining themselves to their homes, closing their businesses, wearing cloths on their faces, along with umpteen other truly bizarre and wholly useless diktats. Then, when the waves or the virus continue doing what waves and viruses do, a wave of Covidian Logic bursts over us and we find it is our fault that they have not been controlled. We didn’t shut down hard enough or long enough, or we played board games at Christmas.

In the real world, the only thing that got controlled this year was not a virus, but people. That all went off spiffingly, or spaffingly as Comrade Johnson might put it. People were suppressed, people were controlled, people were — you might say — owned. And by and large they acquiesced in putting their hand to this National Suicide Plan.

Of course, the reply that comes the way of anyone who points this out is, “Ah, but if we hadn’t locked down and masked up, the deaths would have been in the hundreds of thousands.” To which the answer is simply, “Nope. Lockdown cannot be shown to have saved a single life.” Sweden, by not turning itself into a basketcase, failed to have the anything like wave of mass deaths predicted by the Enthusiasts for Lockdown. Nor did other nations that took a similar approach. A recent peer-reviewed study from France, looking at 188 countries, has confirmed what should have been obvious all along:

“Stringency of the measures settled to fight pandemia, including lockdown, did not appear to be linked with death rate.”

Then of course there was the Danish RCT study, which showed no significant statistical difference between infection rates of those wearing surgical masks, and those with no masks.

Imagine that we were put under house arrest for months, made to cover our respiratory passages with bits of cloth, forced to alter our lives, and threatened with fines for non-compliance — and none of it made any difference to mortality.

Imagine that this Government and Parliament caused the complete shutdown of the economy for months, putting millions on the dole, wrecking 1,000s of businesses, causing the worst recession for 300 years, and piling up a future of debt, poverty, mental health issues and reduced life expectancy — and none of it saved any lives.

Imagine that we are still in this situation, with people still acquiescing in the destruction of their own country, the Government and media still feeding us lies, and with no real plausible end to this madness.

Actually, you have no need to imagine it. Even though it is so outlandish that even the most unhinged, basement-dwelling “conspiracy nut” on the planet could not have come up with this, it is indeed the year you just lived through. We lost the plot in 2020, and the most pressing question is: will we get it back in 2021?